Warehouses have been emptied to find the shovels (and the wheelbarrows, the backhoes, the bulldozers and the front-end loaders) needed to move the mountains of cash from the invisible lenders through the Treasury to the pockets of the punters. 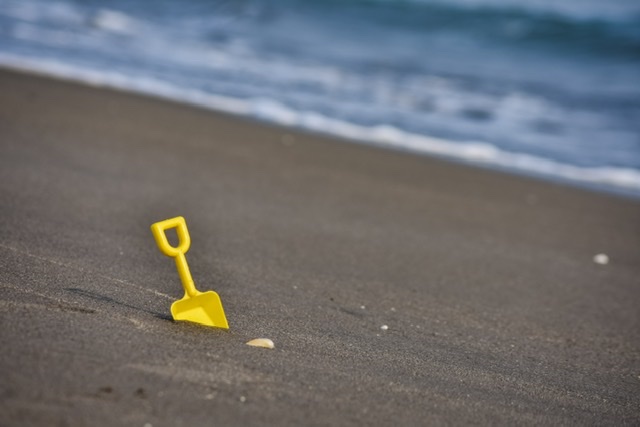 The figures, as the commentators have pointed out, are eye-watering, not to mention spine-chilling, hair-raising, mind-blowing, gob-smacking … cue clichés of shock and awe.

But the numbers that matter are not the record debts and deficit, but the long hangover in unemployment. Even the rosy view envisaged by the government concedes that the jobless rate will go up to eight per cent this year, and will still be well over six per cent by 2022, by which time the next election must be called.

The great cash splash was supposed to be all about jobs – indeed, according to Scott Morrison it still is. The battlers desperate for employment have replaced hard-working Australians as the government’s favourite demographic. But in fact the biggest spending has little to do with jobs and much to do with politics. Unsurprising, but depressing nonetheless – just another con.

As the indispensable Ross Gittins pointed out in the Nine media, the huge handout in tax cuts could be far better spent on direct job creation, if that was its aim. But it wasn’t – the idea was to buy votes, a preliminary bribe to prepare the ground before the poll, whether it is to be next year or the year after.

And the much applauded business package, while it may secure the viability of some of the employers who are hanging on by their fingernails, offers scant hope of a surge in job vacancies, especially given the imminent demise of JobSeeker, with JobKeeper not far behind.

Frydenberg is pushing the idea that this is the perfect time for enterprises to expand: innovate, renovate, invest, digest, hire, aspire. But he won’t even admit the reality, that many are effectively broke, zombies who may be revived in ICU, but are in no position to take risks.

And of course, experience shows that even if they could put on more staff, a lot would prefer to increase dividends and buyouts or simply trouser the profits. This is why Frydenberg has to offer wage subsidies for the young, in the hope that when the grants run out, the jobs will remain permanently. And in the meantime, the more expensive older employees will be discarded – forever, if the history of previous recessions is any guide.

And then there is infrastructure – there is always infrastructure. There was plenty of it in the campaign before the 2019 election. The problem was that it just hasn’t happened – for the majority of the pork-barreled projects announced with such glee by Morrison and his colleagues, not a shovel has been hefted in anger.

But we are assured, behind the scenes it is all go, go, go – so much so, in fact, that there is no room for new public works to find a way in. Funding new infrastructure sounds good, but somehow the promised jobs bonanzas never really materialise. Never mind, they can always be re-announced.

JobMaker will make some difference: it is certainly better than nothing. But in practice, it will be just another slogan, far from the single-minded crusade for jobs Morrison and Frydenberg have been telling us they have laboured selflessly on for weeks.

And much of its effect will be negated when the previous logos of JobMaker and JobSeeker slide into the dustbin. This looks like pure ideology, if not deliberate cruelty – sending the unemployed back beyond the poverty line seems to have no purpose other than to remind them who’s in charge. Hardly a way to inspire confidence and unity.

But confidence – hope – is what we all need. And it must be confessed that the budget rests on hope, on the belief that the improbable assumptions underpinning it can be realised. And it is unlikely that all will. Internationally, things are decidedly flaky – nothing much we can do about that, except pray that the price of iron ore holds up and that the Chinese keep on buying it.

But the big unknown is what started it all – Covid-19. The budget is counting on a vaccine to be rolled out by the end of next year, although most of the experts think that the odds are against it. And it is factoring in open borders, both state and national, well before then. But crucially, it needs coronavirus to co-operate – no third wave, but a gentle decline into the new normal, which will be much like the old one.

That wasn’t exactly wonderful – a state of prolonged economic stagnation. But it beats the hell out of what we’ve got now. Morrison would happily settle for a back to the future recovery right now.

Anthony Albanese, on the other hand, wants something more. His headline act is childcare: not just as a boost to bring more women into the workforce, but a mainstream economic and social issue that will emulate Labor’s great reforms in the tradition of Medicare and national superannuation.

And the other big one is manufacturing, policies that range from mandating apprenticeships in all government projects to rewiring the national energy grid and developing new industry such as building trains and carriages. And if this seems too long term, we can get on with repairing and restoring neglected social housing, an urgent and easily implemented agenda unaccountably ignored by the current government.

Albanese’s ideas seem to have caught the prime minister flat-footed: absurdly, his response was the ancient and predictable line, where’s the money coming from?
Our 1.7 trillion dollar debt man was chiding the Labor leader for not providing details of where he would cut spending to pay for his largesse. It is hard to believe that ScoMo expects to be taken seriously.

But undeterred as always, he just keeps shovelling. Presumably, he feels that when he is as deep as he already is, he might as well keep going.

And even if he tunnels right through the centre of the earth and emerges on the other side, he can be sure of fulsome praise from his cheer squad, and most particularly from The Australian’s comedy cross-talk duo, Dennis Shanahan and Simon Benson. That’s one assumption he can rely on.