Thinking differently about peace and security, lessons from Costa Rica 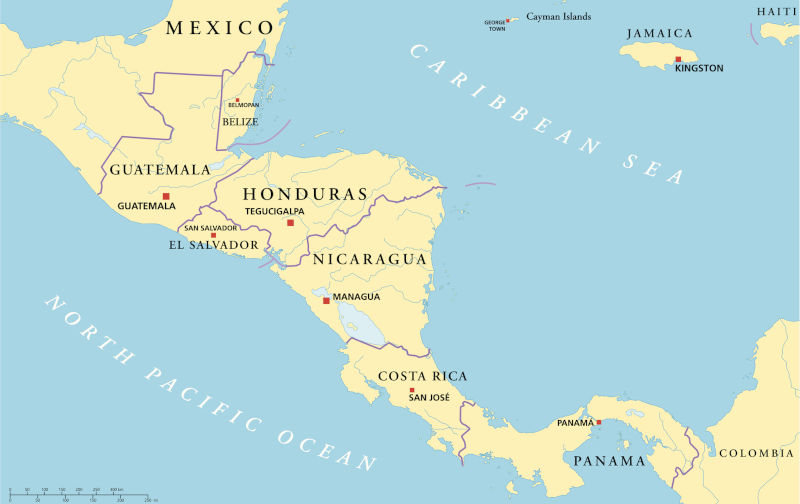 World-wide threats to life on earth imply a desperate need to think differently about peace and security. Costa Rica teaches how.

One of several countries to have abolished its military, Costa Rica shows strength without armed force, provides riches through respect for human rights and by protecting a life sustaining environment. Such perspectives reject those ‘mine has to be bigger than yours’, views which contribute to militarism and to arms races.

Costa Rica’s domestic and foreign policies stand on three legs: the abolition of the army; a commitment to neutrality; every citizen’s right to peace.

Coupled to these objectives Is the Costa Rican government’s respect for international human rights law, a commitment which supports national and international interests through membership of the Organization of American States, established to foster collaboration for peace, justice and solidarity.

These ideals include the belief that security derives from respect for universal human rights, that wealth means wellbeing, that individual health corresponds to a healthy environment, that mental health is affected by experience of citizen interdependence and solidarity. Democracy depends on security derived from human rights-based policies to promote equality.

Descriptions of the Costa Rican experience provoke distinct citizen responses, two ways of thinking about peace and security. The first respondents comprehend and support the Costa Rican view. They could be dubbed men and women for Ahimsa, that Sanskrit word which Mahatma Gandhi used to advocate non-violence as both a way of living and a law for life.

The second citizen response reflects macho man, incredulous that an army might be abolished. He insists, ’If you think like that, you must be soft in the heart and in the head. You are an appeaser. The individual or the country with the biggest stick always wins. Human beings are wired to be violent. Aggression is natural.’

This reasoning is apparent in the ironical, political, security think tank and media views that peace is best considered by investing in weaponry. Militaristic policies require a strong, nuclear armed ally. Promotion of the arms industry needs an enemy, hence antagonism towards China and little thought about dialogue with Russia.

As one of the early signatories to the 2017 Treaty on the Abolition of Nuclear Weapons, Costa Rica leads for disarmament, highlights the relevance of a non-violent philosophy to combat domestic violence and to end military stand offs between nations. As a standard bearer for international law and for perceiving peace negotiations as inseparable from policies to address climate change, the panacea like benefits should be obvious.

Conversations about demilitarisation, neutrality, and about human rights as a key to economic and social development paint pictures of security. The ideals matter. Culturally distant from nuclear armed nations’ claims about deterrence through means of annihilation, from US assumptions that citizens need guns to be free, far removed from Australia’s official excitement about buying a nuclear submarine, Costa Rica repeats that countries can be strong without being armed.

The challenge is immediate. Human survival depends on ways of living together peacefully. Consistent with the objectives of the UN Charter, meeting that challenge requires the rewarding prospect of Cost Rican type ways of thinking about security.

With no time to lose, this way of thinking can be practiced and shared immediately.