Whitlam strengthened the public service. Can Albanese do the same? 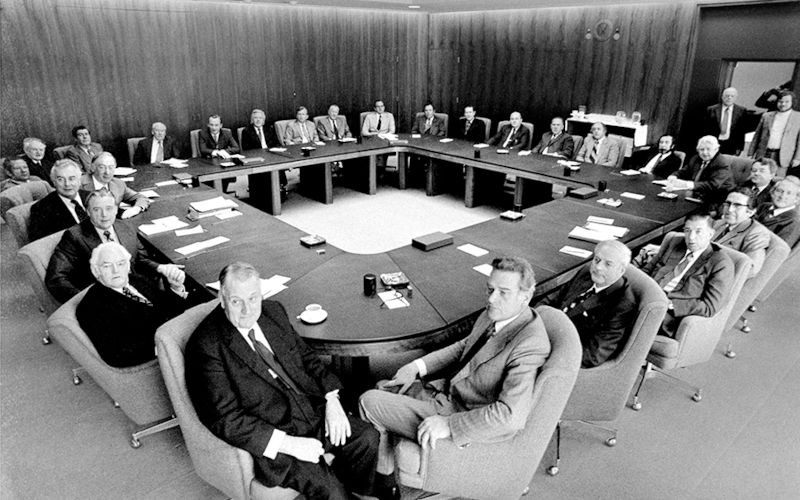 The Whitlam government fostered a great strengthening of the public service and its policy capacity. Sadly, much of that has been lost with the excessive political controls of more recent governments. Can the Albanese Government reverse some of the decline?

Thoughts on the Whitlam Government experience. Speech at the launch of The Whitlam Era

First, let me congratulate Scott Prasser and his co-editor, David Clune. You have brought together an excellent set of writers to provide a balanced assessment of the Whitlam Government legacy.

The chapter on social welfare by David Stanton and me has my name first – that is only because of the alphabetical order we chose: David is the main contributor of the detailed information in the chapter, having been the best social policy researcher in the APS in the last 50 years.

I was just 24 on 2 December 1972. As well as being young, I was idealistic and excited by the new Government.

The flipside was that I was also inexperienced and somewhat naïve.

My interest in social security was being fostered by the work I was doing in the Commonwealth Bureau of Census and Statistics, helping with the Henderson Poverty Inquiry surveys of income and various social security clients including the long-term unemployed and sole parents.

I was determined to help the new Government address poverty alleviation and so looked to move from the Bureau to a policy advising role, finally commencing with the new Social Welfare Commission in February 1974.

This was an exciting and enjoyable time working with Marie Coleman, Mary Scott, Zrinka Moran, Helen Evans and other mostly very young people like myself, not the more common APS world at the time of older men.

In later 1975, I was seconded to PM&C to work on the Income Security Review with Ian Castles, Helen Williams and others, in a more traditional public service environment, but equally fascinating and enjoyable.

I remain rather proud of having participated in major enhancements to social security over that period, but also embarrassed by my own naivete and mistakes from inexperience.

That said, I would not have missed it all for quids!

Our chapter focuses on social security, while noting the Government also achieved a great deal in the area of welfare and community services.

Bill Hayden was instrumental in delivering much of Henderson’s initial poverty alleviation agenda: increasing pensions from under 19% of AWE to over 23% (towards the target of 25%); ensuring unemployment and other benefits provided an equal minimum income guarantee to the pension; and extending social security to unmarried sole parents.

He did this while also responsible for developing and introducing Medibank!

The critical and never resolved issue of that time was whether to focus only on poverty alleviation, or to pursue social insurance, or to combine the two.

Whitlam preferred the social insurance route, looking first to abolish the pension means test and then to introduce a national superannuation scheme and a national compensation scheme, both financed from general revenue and offering earnings-related benefits.

Hayden certainly wanted to ensure rights to social security, eschewing the notion of charity or a form of privilege. While no doubt also favouring social insurance, he gave priority to poverty alleviation.

But the Government received conflicting advice. The Woodhouse Report favoured a very generous national compensation scheme, more extensive than the NZ model on which it was based. The Hancock Report presented two options, one for a contributions-based scheme and the other retaining the existing flat-rate age pension. Henderson proposed a Guaranteed Minimum Income Scheme which was also favoured by the SWC and the Priorities Review Staff.

Whitlam strongly advocated for his national compensation scheme, but his legislation was stymied in the Senate – aided in part by evidence criticising the scheme presented by the SWC including at a Senate committee hearing by Marie Coleman and a young Andrew Podger!

Around August 1975, Whitlam established the Income Security Review chaired by Ian Castles in PM&C to help work through the conflicting advice, but the ISR’s first report was only submitted to the Cabinet Office on the morning of 11 November 1975.

Leaving aside the policy debates, it is important to recognise the Whitlam Government’s style.

It was genuinely keen on ‘evidence-based policy’ and open processes: commissioning public inquiries, establishing units such as the SWC and PRS, encouraging interaction with academia, encouraging internal research and its publication.

Perhaps some of this originated from a suspicion of the public service. But Hayden was one of the first to recognise the capabilities within the public service that could be fostered and utilised. DSS became a centre of excellent policy research and advice. Hayden wrote a Foreword to the first issue of the Department’s new Social Security Quarterly, and issued press releases with each issue.

While later recognising that totally independent policy advising agencies like the SWC were not particularly helpful as an institutional structure, Hayden set a great standard in encouraging open, deliberative policy processes, taking advantage of capabilities in the bureaucracy.

His later brief period as Treasurer demonstrated how a good minister could turn around relations with what had been seen as an obdurate Treasury, and bring about perhaps the best budget of the Whitlam Government in 1975.

Subsequent governments have firmly rejected the social insurance model except for universal health insurance, preferring to retain a largely means-tested system supplemented by private insurance, albeit closely regulated and mandated.

Importantly, pensions are still linked to a 25% of AWE benchmark. But, sadly, unemployment benefits are not. And the idea of ‘welfare rights’ seems long forgotten in the tragedy of Robodebt.

Regarding the public service and its policy capacity, Hayden in particular fostered a great strengthening, particularly amongst the social welfare departments, and a confidence to engage and publish.

Sadly, much of that has been lost with the excessive political controls of more recent governments.

Maybe the Albanese Government will reverse some of the more recent decline: I certainly hope so.

I also hope the APS rebuilds the policy research capability my good friend, David Stanton, pioneered with great encouragement from Bill Hayden in the Whitlam years and nurtured to ensure strong evidence-based policy advice was also delivered to the Fraser, Hawke and Keating Governments.

The Whitlam Era: A Reappraisal of Government, Politics and Policy by Scott Prasser and David Clune can be purchased here.