Kerr, Charteris and the Palace Letters

Charteris, an experienced, wily and polished public servant exuding the air of effortless superiority – the hallmark of the British aristocracy – knew immediately what he was dealing with: a naïve, vain, insecure personality who could be manipulated to British advantage.

John Menadue has referred to my understanding of the view of the Palace on the dismissal of the Whitlam government, stemming from a private conversation I had soon after the event with Sir Martin Charteris, the Queen’s Private Secretary, a role akin to the head of a major government department.

By way of explanation, my job as Official Secretary in the Australian High Commission involved liaison with the palace. I had extensive dealings with Charteris. My main job was however to integrate the operations of Australia House into our regular foreign service, to reflect Whitlam’s conviction that our relationship with the UK should be managed on a basis similar to other foreign countries. It was against this background, as the first Foreign Affairs officer to occupy the position, that I viewed my role in liaising with the palace, in understanding the complex place it occupied in our polity and in relations between our countries.

I have neither the depth of understanding of constitutional experts, nor the deep knowledge of historians such as Jenny Hocking to whom we owe a great debt in uncovering so much of the intrigue surrounding the events of 1975 and release of the Palace Letters, but see them from a different perspective.

Beyond the revelations on the dismissal, the significance of the letters is, in my view, the light they throw on the office of the governor general, our relationship with Britain and weaknesses in our system of government. Three important conclusions can be drawn: the importance of the role of the governor general in our system of government and the choice of incumbent can be easily overlooked; the deep historical roots of our relationship with Britain, including the monarchy, serve to conceal our divergent interests and how they are pursued; and our political structures need reform so as to better serve our nation interests.

The letters reveal that Kerr had views that differed from his government and that he was prepared secretly to pursue them; a preview if you like of his later deception of Whitlam over his dismissal plans. At the same time, they suggest that, while intellectually qualified, he was temperamentally unsuited to the role of governor general, with his insecurities, dependence on advice from Charteris on a range of matters, and lack of confidence in carrying out his responsibilities. Added to these shortcomings was a naïve perception of a governor general’s relationship with the palace, how the British monarchy functioned in practice and how it primarily served British interests.

He is deferential to the point of obsequiousness in a manner that reflects poorly on his understanding of his responsibilities as de facto Head of State of an independent nation. This in part reflects the messy constitutional arrangements we have with the British monarchy, but Kerr carries it to an embarrassing level where he seems to be seeking advice on how to handle his relationship with his own prime minister. On a seemingly trivial issue, the order of precedence, but revealing of his attitude, he goes behind the back of his own prime minister to privately inform Charteris that, although he signed the executive order as governor general, he disagrees with certain omissions, which he suggests the palace persuade Whitlam to reinstate.

Kerr is seemingly obsessed with details of protocol, wanders off into discussions of subjects such as the ethics of public service and fills long letters with reports of political developments that are based on little more than press reports with apparently no regard to the fact that the British High Commission in Canberra would likely be doing a better job of keeping the British government and their sovereign informed. From time to time Charteris reminds Kerr that the Queen has a few other things to attend to and delivers Politics 101 lectures on dealing with issues that Kerr raises, but is overindulgent in encouraging the correspondence.

It is clear however that Charteris, an experienced, wily and polished public servant who exuded that air of effortless superiority which is the hall mark of the British aristocracy, knew immediately what he was dealing with – a naïve, vain, insecure personality who could be manipulated to British advantage. Charteris establishes himself as the firewall between Kerr and any possibility of the monarchy being involved in the Governor General’s political responsibilities to the detriment of British interests.

Throughout the 1975 crisis in Australian politics the main aim of the British government, embraced by the palace, was to protect their interests in Australia, which meant protecting the position of the Queen in the Australian imagination and polity. The palace letters need to be read in this light, rather than as interfering in Australian politics and implicated in a plot to overthrow the Whitlam government. Britain wanted to keep Australia on as short a leash as possible, tied to her own interests. To suggest, as some have, that the palace should have warned Whitlam about Kerr’s intentions would have run counter to the main intent of British policy of staying out of the conflict.

Charteris plays on Kerr’s weaknesses by showing interest, seeming to take his problems, no matter how trivial, seriously and with a mixture of flattery, fatherly advice, and personal praise for the job he is doing. He reassures Kerr of the Queen’s interest but avoids any suggestion that she endorses any of the options on which he reflects. While at times Charteris gets too chummy and offers him leads, thus leaving the way open to Kerr to interpret his responses as being supportive, all the while he is leading Kerr away from any reliance on the palace. On questions of substance Charteris is clear that the responsibility for dealing with the crisis in Canberra is the Governor General’s and his alone, and, if Whitlam were to advise the Queen to dismiss Kerr, no matter how distasteful, she would be bound to follow that advice.

The letters throw into relief the absurdity of our present constitutional arrangements: a Governor General with ill-defined powers, equally undefined relationship to a distant foreign head of state whose primary interests do not necessarily coincide with ours, and dependent on conventions that have been as much honoured in the breach as their observance. They provide an opportunity for reflection on our constitution and a political system past its use-by date. The fault, dear Brutus, is not in our stars but in ourselves, that we are underlings. 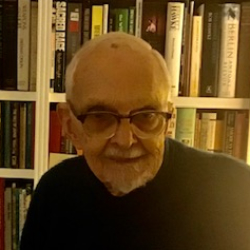 Tim McDonald is a former Australian diplomat, whose appointments included High Commissioner to Bangladesh, High Commissioner to Singapore and Minister and Deputy Chief of Mission, Washington.  He later served as Director, Research Institute for Asian and the Pacific at Sydney University.