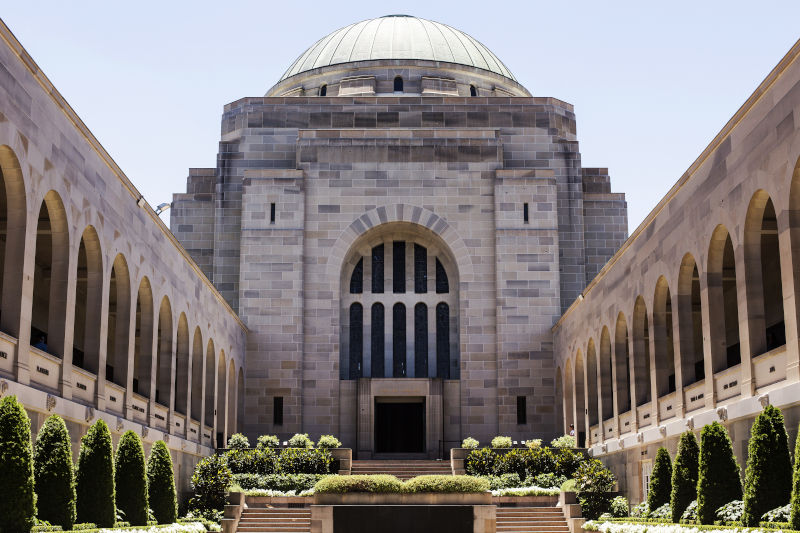 As the nation pauses to honour our war dead on Anzac Day, it is appropriate to reflect on the tainting of genuine commemoration at the Australian War Memorial (AWM) by vested interests. Added to deep concerns about the bitterly controversial $1/2 billion redevelopment, the Memorial is dividing rather than uniting Australians.

The divisive direction of the AWM is perhaps best illustrated by the return to an official role – this time as an AWM Council member – of former director Brendan Nelson. One of Nelson’s most damaging achievements as director was to ignore or ridicule widespread and expert opposition to the redevelopment that is now in progress. But to add insult to injury, Nelson has been appointed to the Council while he represents a company, Boeing, which makes huge profits from warfare, thus continuing the practice he previously mastered of embedding those who profit from war within its commemoration.

Lockheed Martin, a current focus of campaign activity, makes more revenue from wars and their preparation than any other company anywhere – $58.2 billion in 2020. This represents 89% of its total sales, creating an absolute imperative for the company to ensure that wars and instability continue. Its products include the worst of all weapons of mass destruction, in the form of nuclear weapons which are now prohibited under the 2017 Treaty on the Prohibition of Nuclear Weapons.

Lockheed Martin’s customers include some of the world’s worst human rights abusers, such as Saudi Arabia and the UAE whose bombing contributes to the humanitarian crisis in Yemen. The company has also been involved with military interrogation, in both Iraq and Guantanamo Bay. It has been the subject of more instances of misconduct in the US in recent decades than any other weapons contractor. A US Government Accountability Office report explains how Lockheed Martin’s control of the F-35 program has impeded attempts to cut costs and increase accountability.

Such a corporate record must surely raise questions about the due diligence processes undertaken by the Memorial in approving financial partnerships. The Memorial cannot properly contribute to the remembrance and understanding of Australia’s wartime experiences whilst benefiting financially from the conduct of war itself. Public institutions elsewhere have faced the consequences of financial relationships with corporations whose core business compromises the institution’s mission. (See, for example, here and here.)

In recent weeks over 300 Australians have sent messages to the AWM Director and Council via the Reclaim Remembrance website, urging a cessation of Lockheed Martin and all weapons company funding at the Memorial. The writers included veterans, former ADF personnel, historians who use the memorial, health professionals who see the terrible harms of war, and many ordinary people with loved ones commemorated in the Hall of Memory – the very people for whom the AWM came into being. The messages were varied and heartfelt, and many expressed outrage. A former RAAF Reserve officer wrote “Lockheed Martin’s values are not mine nor those for which Australians have fought. Please cut all ties with the company.” A Vietnam veteran wrote “I didn’t have mates die to have their memories besmirched by association with such a company”.

Historian Douglas Newton addressed the argument that weapons companies are simply good global citizens whose products protect us: “The record of companies involved in the private manufacture of armaments across more than a century is extraordinarily poor. They have repeatedly indulged in attempts to shape opinion, to influence politics, to penetrate the defence and foreign policy establishments and to influence decision-makers. Their lobbying is notorious.”

The financial contributions from weapons companies to the Memorial make up a tiny percentage of the institution’s budget, and yet they are sufficient to buy benefits such as naming rights, corporate branding, attendance allocations for major AWM ceremonies, and venue hire fee waiver.

Australia’s wars – as any nation’s wars – raise many difficult truths alongside the heroic elements. The AWM must not shy away from those parts of our history that raise searching questions about particular wars or war in general, nor from the many lessons there are to be learnt about the actual prevention of wars. And yet these things would be shunned by corporations that rely on wars for their profits.

The obvious question is: Why does the Memorial risk fulfilling its purposes and its reputation, against the wishes of a majority of Australians, for tiny amounts of funding? The only beneficiaries appear to be the corporations themselves, and those leaders in perpetual khaki mode – heightened during election campaigns – who lead by fear and demand ever-growing military budgets.

Meanwhile the AWM Council also appears captive to the notion of never-ending wars, and oblivious to the “never again” sentiment of the World War 1 diggers who we honour on Anzac Day. The council members are disproportionately (over half the council members) current or former professional military personnel, unlike the vast majority of our war dead and their descendants who remember them. The AWM’s governing body is not representative of Australian society. There is no longer a single historian on the Council. The trend towards militarisation and commercialisation must be reversed, starting with an end to weapons company sponsorships.

Finally, Anzac Day should not pass without repeating the increasing calls for the AWM to commemorate the very wars on which our nation was founded, the Frontier Wars. First Nations fighters died in their thousands while defending their land against invading forces. The impacts of their dispossession are still felt in multiple ways today. Of all the stories to be told at the Australian War Memorial, theirs should be front and centre. It’s not likely to appeal to the Lockheed Martins of this world though. 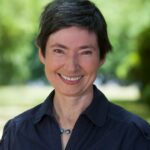