To care for the sheep or to preserve Church doctrine? Faith groups are found wanting

It was a rare act of cooperation between the Catholic and the Muslim communities of Melbourne: a full page advertisement in The Age of a joint letter of protest. That is, if it weren’t for the content of the letter.

The letter’s authors, the President of the Islamic Society of Victoria and several Victorian Catholic bishops, disingenuously make the unrestricted claim that the Victorian Change or Suppression (Conversion) Practices Prohibition Bill legislates for what prayer is legal and what prayer is not. In fact, the scope of the Bill is restricted to forms of prayer about which complaints have been made to the Victorian Health Complaints Commission, prayer of a very specific kind: one aimed at converting from or suppressing forms of sexuality regarded by its supplicants as deviant.

The Muslim community must give their own reasons for regarding non-heterosexual sexualities as deviant. The Catholic community, however, has presented its reasons in its public teachings. The ‘inclination’ to such sexualities, is, according to the Catechism of the Catholic Church, ‘objectively disordered’ (n. 2358).

The disorder is moral because such sexualities are not ordered to the procreative function of marriage that the Church sees as laid down in the natural moral law. This teaching was formulated at a time when the natural sciences also regarded non-heterosexual sexualities as deviant. Thus the teaching of the Church simply provided the moral dimension to the prevailing scientific view of the matter.

In the past 50 years, however, there has been an evolution in both the scientific and theological understanding of human sexuality. In Australia on October 15, 1973, the Australian and New Zealand College of Psychiatrists Federal Council declared that homosexuality was not an illness.

In its 2013 Edition, the American Psychiatric Association’s Diagnostic and Statistical Manual of Mental Disorders (DSM) no longer defined homsexuality as a mental disorder. Recent works in biology such as Bruce Bagemihl’s Biological Exuberance: Animal Homosexuality and Natural Diversity, (Stonewall Inn Editions, St. Martin’s Press, Chicago, 2020), report sexual diversity in the animal as well as the human world. The evolution of science has thus overthrown the empirical assumptions about human sexuality upon which the Church’s moral teaching previously relied.

As the Galileo episode demonstrated, any such conflict between science and religion in the past was compulsorily resolved by papal pronouncement. But even the conservative pope John Paul II apologised for the Church’s treatment of Galileo.

“Consequently, we cannot but deplore certain habits of mind, which are sometimes found too among Christians, which do not sufficiently attend to the rightful independence of science and which, from the arguments and controversies they spark, lead many minds to conclude that faith and science are mutually opposed (Gaudium et Spes 7)’.

In short, if the science changes, the Church is now bound by this undertaking to respect the ‘independence of science’ to change the teaching based on it.

By its refusal to change its teaching on non-heterosexual sexualities, the Church tries to escape the evolution of moral consciousness of our time that has led to the embrace of sexual diversity in the scientific and wider communities. In doing so, the Church is resisting another commitment of Vatican II: to move from a ‘static concept of reality to a more dynamic and evolutionary one’ (Gaudium et Spes 5).

Instead of seeking signs of divine guidance in this contemporary evolution of scientific and moral consciousness, these bishops place their trust in human words – such as those of the Catechism of the Catholic Church – expressing the consciousness of a previous stage of evolution on these questions.

This resistance to the dynamic processes which, on the Church’s own teaching, ought to lead to revision of this doctrine makes the bishops all the more culpable for the harm done by suppression/conversion practices.

If such harm could have been defended as morally tolerable 70 years ago on the ground that the whole of society, including the scientific community, then regarded such sexualities as deviant, that defence has now been demolished. The cries of these wounded sheep should now be enough to make their shepherds recognise the call of their Lord in this existential suffering rather than in the abstract doctrinal pronouncements of the past. 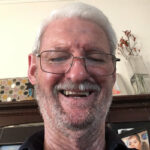 Dr. Michael Leahy is a former Melbourne priest, a retired philosopher of education and politics. He maintains a keen interest in the renewal and reform of the Catholic Church.