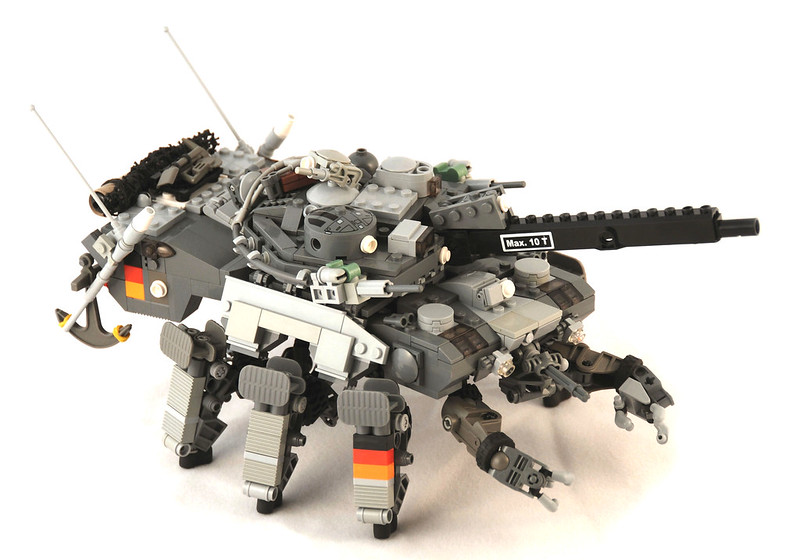 Australia’s determination to become the 10th most successful (up from 20th) manufacturer and exporter of arms adds ammunition to the argument that we have no explicit policy for peace.. (Image: Flickr / Dane Erland)

Scott Morrison frothing about Putin can be replaced by some acknowledgement of our part in a world order gone wrong.

In response to Russia’s invasion of Ukraine, the Australian Prime Minister fumes about aggression that will not be allowed and the raft of government sanctions that will be imposed. In defence of democracy, he says, Australia’s sanctions policy is in lock step with other peace living nations, but there’s something bogus with these claims.

If your country has been a consistent and enthusiastic champion of peace, of non violence and of principles of world order nurtured by respect for human rights, then it would be plausible to challenge chronic abusers of international law. But television images of Scott Morrison frothing about the new iron curtain encircling Ukraine, would look more convincing against a backdrop of radical changes in Australia’s domestic and foreign policies.

A start could easily be made by adopting the Uluru statement and giving Indigenous people due recognition in the constitution. A genuine effort to repudiate the past and build a new future.

That initiative needs to be followed immediately by ceasing our unfathomably evil conduct towards asylum seekers and the special sadism reserved to reject refugees’ appeals to be reunited with their families. The trifecta in these cruelty stakes concerns the political bullies’ brave determination to prevent the Sri Lankan family and their little girls from returning to Bilolea.

In response to a US/UK commercial / defence alliance to build and sell long range nuclear submarines, Australia eagerly joins despite the infinite costs and arguments about the monumental irrelevance of such policies. Back in Moscow, Putin’s policies to return to the glory of Soviet, KGB days, proceed because none of his advisers will dare to question him. The Australian irony can’t go unnoticed. In preparation for a possible future war with China, no-one in the two major political parties dare oppose the AUKUS decision to go nuclear.

Australia’s determination to become the 10th most successful (up from 20th) manufacturer and exporter of arms adds ammunition to the argument that we have no explicit policy for peace. There’s no regular parliamentary debate about the small victories to be achieved for peace, in the home, in work places, in national conflicts and in international affairs, so the current pleas for peace sound like a too late after thought prompted because war is occurring.

Even though Australians won the 2017 Nobel Peace Prize for their campaigning to abolish nuclear weapons, Australian governments still refuse to ratify the Treaty on the Prohibition of Nuclear Weapons. Anti nuclear weapons campaigners say the alternative is unthinkable, except perhaps in Canberra defence/attack circles where giving peace a chance has been treated as a soft, even, heaven forbid, as a greenie option. More chest beating on behalf of macho man.

A cartoon gone viral around the world is called ‘Giving Hypocrisy a Bad Name .’ It shows Uncle Sam with one hand remonstrating with the Russian Bear for its forceful, illegal  invasion and occupation of Ukraine, and with the other handing out support and encouragement to Israel for its invasion and occupation of the Golan Heights and the West Bank. Israel has been allowed to act with impunity.

If an Australian government finds the courage to end its uncritical support for the racist, apartheid policies of Israeli governments, it would not sound so hypocritical when joining the US in condemning Russia.

In the commendable protests about the murderous aggression occurring in Ukraine and the Russian Putin/Belarus Lukashenko marketing of thuggery for the future, there’s a question about violence as policy which merits as much attention as a country’s desire to export arms. That policy concerns the urgent need to cease violence to planet earth.

We are bombarded with small and large examples of Australia waging war on the earth. Like a proud but bumbling member of Dad’s army, Scott Morrison waved a chunk of coal in parliament. His  government continues to subsidise the fossil industry. Animal habitat is felled at an alarming rate. Successive Ministers for exploiting the environment are disdainful of the Paris climate accords but somehow claim that Australia leads the world in limiting the dangerous emission of green house gases.

Australia should stand united against Russian aggression and we don’t have to be squeaky clean to do so. But Australian leaders would sound less hypocritical and less vulnerable to criticism if they displayed a consistent interest in in peace, in social justice, in principles of non-violence and were enthusiastic champions of universal human rights.

PM frothing about Putin can be replaced by some acknowledgement of our part in a world order gone wrong.