‘To err (and shame) is human, to forgive is divine’

Something’s happening to western civilisation. A paradigm shift: a movement away from the Judeo-Christian Guilt/Righteousness (Redemption) Culture to a Shame/Honour (Exclusion) Culture – and there are significant consequences. First, some distinctions:

Indeed, the current manifestation of shame culture with its trial by media and public opinion is, inter alia, re-wiring how we navigate our moral landscape – and what voice(s) we listen to. As David Brooks and Andy Crouch have observed, “The world of Facebook, Instagram and the rest is a world of constant display and observation. People dread being exiled and condemned. Moral life is not built on the continuum of right and wrong; it’s built on the continuum of inclusion and exclusion… There are no permanent standards, just the shifting judgment of the crowd. It is a culture of oversensitivity, overreaction and frequent moral panics, during which everybody feels compelled to go along.”

This is in stark contrast to the voice commended by a guilt culture:

“Deep within our conscience we discover a law which we have not laid upon ourselves but which we must obey. Its voice, ever calling us to love and to do what is good and to avoid evil, sounds in our heart at the right moment… For we have in our heart a law inscribed by God… Our conscience is our most secret core and our sanctuary. There we are alone with God whose voice echoes in our depths.”

(Vatican 11 document, “The Pastoral Constitution on the Church in the Modern World”, 1964)

Much is being said and written (and protested) about violent and inappropriate sexual behavior in our culture. Some observations:

Alas, we find ourselves mired in diabolical double-bind: that is, on the one hand, we set the sexual ethics bar so low, encouraging the hounds of licentiousness and sleaze to roam the streets unchecked; while, on the other hand, we set the bar for mercy and forgiveness so high, so as to place them out of reach. It’s as if we’re sending people blind-folded into a field contaminated with mines, and then reacting with shock and disgust when they set them off.

Perhaps some re-arranging is in order? Why not consider setting the sexual ethics bar very high with this, or similar messaging: “You are of inestimable worth. You are infused with inherent dignity and value. This worth is inviolable. It transcends gender, sexuality, social status, ethnicity, colour, and Creed. Endowed with this objective truth, it behoves you to not only honour and reverence your own humanity in all its fullness, but that of others as well.”

And why not consider setting the mercy and forgiveness bar very low with this, or similar messaging: “Conscious that the dividing line between good and evil rests in the human heart, it stands to reason that each of us is prone to fall – and often. ‘Who am I to judge?’  Further, conscious, too, that without mercy and forgiveness there can be no justice, no peace; we are compelled to resist the impulse to condemnation and hatred when others fall short of community standards and expectations, even drastically so: Our social cohesion depends on this.”

The Twelve Steps of Alcoholics Anonymous (A.A.) have much to commend them. They have saved many a life, healed many a broken spirit – and opened the path of mercy, forgiveness, and redemption to those diminished by the shame and humiliation of addiction.

Two of the Steps are particularly pertinent to the challenges presently facing our culture, most especially the struggle to come to terms with our past:

Step 4         The addict is to make a searching and fearless moral inventory of themselves.

Is not western culture in the midst of a searching moral inventory of itself: a sort of racial and gender relations audit?

Step 8         The addict is to make a list of all persons they have harmed, and became willing to make amends to them all.

Is not western culture in the midst of compiling lists of the peoples it has violated and damaged in the past? And, is it not our culture seeking to make amends – e.g. via redress/reparations schemes, for instance?

An important distinction: the addict in an A.A. setting is invited to look back at their ‘old, inglorious self’ with humble, forgiving eyes, lest self-hatred and resentment take hold; thus, undermining the path to redemption. This searing moral inventory also takes place away from the gaze of the public: no Facebook, Twitter, or mob shaming here. This ‘anonymity’ affords the addict time and space to converse with their inner voice; to name their demons and, as much as is possible, make good and make amends: healing.

The ‘addict’ we call western culture, however, finds itself in a different setting; under a different gaze: that of shame and exclusion. Within this framework, there’s little chance of recovery and healing from past sins: gosh, even something as trivial as an old, if really dumb Tweet is paraded as a permanent indicator of character, regardless of context, or personal growth: “sack him, cancel her; shame on you!”

The Judeo-Christian command to “forgive” has nothing to do with sentimentality, or feelings. It is about choice. And this is why forgiveness is so damned hard: it is an act of the will that calls us to defy raw, atavistic emotions.

The forgiveness of an individual, even a culture is never about obstructing, or negating the path of natural justice; rather, it is about ensuring that justice is not meted out with hatred and vengeance.

Shame and exclusion puts (and keeps) the addict in the gutter; forgiveness and redemption leads him home – and back into right relationship.

‘To err is human, to forgive is divine’. 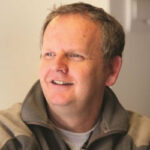 FR Peter Day is a priest of the Archdiocese of Canberra and Goulburn.