To protect its interests, Australia should be a better neighbour rather than a US lapdog 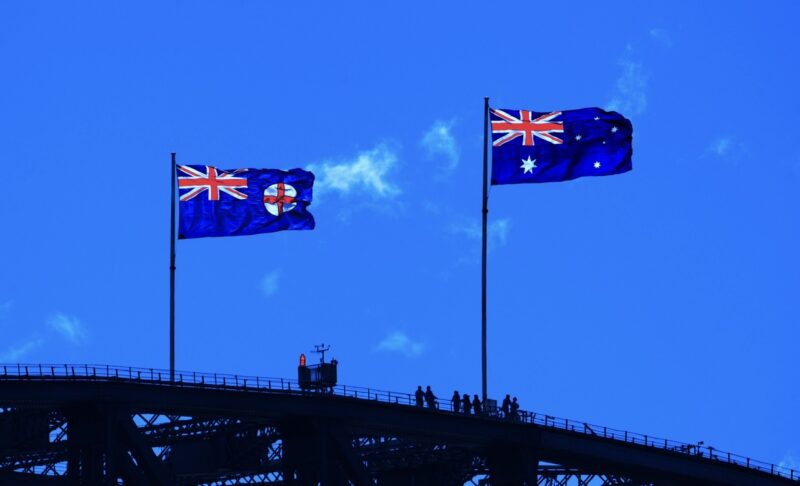 Australia has lost considerable credit as an international citizen in recent years, in part because of meanness with aid, but also because of its retreat from multinational systems, including combined action on climate change.

The Quad is not an ideal vehicle for a security alliance, or a containment fence for China. The four nations have their own issues with China, and collectively, if it were maintaining a common policy, could stare it down for quite some time to come. There are other nations in the area – most obviously South Korea, but also Indonesia, Burma and Vietnam – with fears about an expansive China, while still others, such as the Philippines, have continuing problems, not least over disputed islands in the South China Sea. The Quad countries have blue water navies, and considerable capacity to project power, but China is fast developing an offensive capacity in such areas, not least because of the threat represented by the Quad nations.

Historically India has been rather more pre-occupied with its conflicts with Pakistan to its north and west and its border problems in the Himalayas, with China. Although China has clear interests in the security of its sea lanes which go past India, they are not normally Indian Ocean rivals. China has strong ties with Pakistan, which with the triumph of the Taliban, has a strong influence in Afghanistan. The present Indian government, which has a bigger Muslim population than Pakistan, is a Hindu nationalist party increasingly given to persecuting its Muslim population, and tensions over Kashmir and Jummu run strong. Both India and Pakistan have nuclear weapons. In all of these senses, including Indian attempts to increase its influence with the Taliban, India is more concerned with local issues than rivalry with China. There is, however, a constant worry that India’s unreliability could undermine the political and military power of the partnership.

There’s another issue too. India has traditionally looked west and south, rather than to its east. A few decades ago, a French statesman insisted to me that the real rationale for ASEAN, among its members, was for mutual self-defence, if India, regarded as a regional bully, turned its gaze. He was puzzled that I couldn’t see it, but got me to agree, at the least, that South-East Asia made very little effort diplomatically to get India involved in its causes.

It’s pretty much ancient history now, but Japanese expansionism, in China, South-East Asia and the Pacific is still well remembered. Apart from the US, even those who acknowledge a modern model citizen, one not, until recently involved in the projection of power, do not want to see it too much encouraged as a full-blown counterweight to China, even if it could afford to be. America will always have to have power on the spot; it will never be powerful simply because it has allies in the area. Australia is a significant middle power in local defence terms, but for all of its efforts to stand up for itself, depends critically on its great and powerful friend.

From Australia’s point of view, its long-term position is not best secured by strong anti-China alliances, least of all when it wants to maintain a strong trading relationship with it. Our common interest in democracy is hardly a great unifier, not least because of the records of the players in pursuing their own interests at the expense of others. In this sense, Australia has lost considerable credit as an international citizen in recent years, in part because of meanness with aid, but also because of its retreat from multinational systems, including combined action on climate change. On this, right now, we are despised even by the United States.

It would be far better if Australia used active diplomacy, trade, educational tourism and general tourism, to maintain strong independent relationships with all of the nations in the region, including China, Japan, Korea, India and the other countries of south and east Asia. We are not helped by being seen as a lapdog, nor as one which will prefer the interests of another country at the expense of our own. We have enough interests in common with the US to be sure that it will not lightly abandon us – certainly not as lightly as John Kennedy did in 1962 when he preferred Indonesia’s interests to Australia’s. With mutually strong relationships, all of our neighbours would recognise that any belligerent player affected everyone’s interest, forcing nations to combine to resist actions that could progressively affect everyone. Analysts hot for conflict insist that this could be a disastrous strategy, because, they say, China operates by “salami-slicing’’ minor disputes so that each new demand or development is not quite a cause for action. Yet despite assertions of a much more assertive and bullying China, it is hard to point to much in the way of aggression, other than the fortifying of islands it has always claimed, and efforts to suppress anti-Chinese activity in Hong Kong. Of course, Its treatment of Uighurs is lamentable, but if that is susceptible to external pressure it will be from the world at large, not a gathering of proclaimed enemies attempting to encircle it.

I do not expect Joe Biden wants war with China. But he has a domestic political need to appear “tough” on China, and Australia has become enmeshed in the US agenda, contrary to our own interest. I don’t see matters much improved either by gunboat diplomacy, by demonstrations of combined military power, or by goading and offensive displays designed to show that we do not give a fig about their claimed territorial waters. Sooner or later, the game of chicken produces casualties. We should watch carefully for alarmist words designed to frighten us towards the flag.