‘SEVEN DAYS TO FREE A NATION’ trumpeted the Weekend Australian on Saturday as Scott Morrison attempts to ramp up Australia-wide usage of the COVIDSafe app. Despite Australia being in its good position without the app’s use, Morrison believes this “tool” will “open up the economy… getting people back in, taking risks” he said.

The COVIDSafe contact tracing app will be stored by the American giant, Amazon Web Services, and through the Biosecurity Act, our Government states that this prohibits transferring data to any country other than Australia. With Amazon, it’s taking risks indeed!

Contravening International Copyright law, Amazon has been daily pirating the international copyrights of Arthur Upfield’s 29 Bony novels (featuring the Aboriginal detective, Napoleon Bonaparte) and holding back legal titles from distribution in the USA, Australia and the United Kingdom that they prefer to pirate in India, Japan and Canada for example.

As Upfield’s sole publisher, I have been fighting Amazon since 2018 when they made all 29 Arthur Upfield Bony novels their own, selling them into Australia, and freely around the world for several months, “free” of any payment to publisher or Author Estate. And this Anzac Day why they ran 15 pirates in Canada, 16 in Japan, several in France, Germany, India, USA and Australia. Amazon is our new Pirate of the Seven Seas.

Yet this is the company Scott Morrison has entrusted our data to, despite the Law Council of Australia’s determination that the application “makes no provision for oversight and reporting on its use”. As Kimberlee Weatherall, a technology law professor at the University of Sydney said: “There is no oversight and no reporting built-in,” she said, “So no mechanism by which we can see how it is used, or get reports on whether it is effective.”

Which is exactly how Amazon works – we provide them with content data (like the 29 Bony novels) in their own exclusive Kindle format, and “trust” they will do the right thing. Yet despite sighting contracts, Amazon has plundered the Arthur Upfield Bony novels, and leave it up to the publisher to find them out on their multiple country platforms; then may or may not pull the item down, nor will apologise; so over the last 6 months Amazon pirated monthly Bony and the White Savage, in print and digital form, every month, like logarithms.

Yes, Scott Morrison happily gives up our data to a known pirate of Australian content, where there is no oversight and reporting built-in, because that is his Government’s preferred position. And when I have gone to Government agencies like the Copyright Agency Limited (of which I am a member) all they can provide me with was the names of a good lawyer. Our Literature Board offers me only the chance to go to Arts Law for help.

But in the case of the COVID-Sale app, if somehow Amazon sells your data, you can write to the Ombudsman!!

Our Super-salesman Scott Morrison gets down to the heart of data-retention – As the ABC reported:

When asked how soon Australians could go back to the pub, Mr Morrison replied that the first step would be to download the app.

So there you go, the first step with Everything is to download the app. With over 4 million people taking on this “safe” option at the Prime Minister’s request, the app is not actually functioning, and won’t work on IOS systems (hey that’s 40% of our Australians with phones) – though we do know that Amazon now has your data.

So Amazon, the world’s biggest seller of everything they don’t actually own, now has complete access to 4 million Australians through the COVIDSafe app.  How safe is that?

Meanwhile, Amazon plunders Australian stories, like the Bony novels. Thanks Scott, for giving everything away to the usual suspect – a foreign-owned company whose speciality is not storing data (why that could have been done in Australia!), but plundering it as a business model. 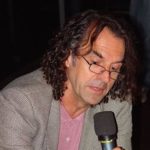