The George Floyd case has given witness to social systems in the US that privilege whiteness. However across the world, there is institutional police brutality that is an expression of existing tensions and hierarchies.

How officers behave and what they get away with will depend on the tolerances of governments and their citizens. It will depend on political values from the ground up. Sustained change requires deep listening.

Here, violence and paternalism levelled against First Nations people has been hard to shake because of lingering prejudice. New ANU research shows three out of four Australians have an implicit negative bias against Indigenous Australians. Modern North America is shadowed by a long slave history with Floyd’s death by suffocation, another example of policing that reflects deep racial biases.

“For most of North America’s history black people were considered non-citizens, sub-human, says African American broadcaster Shelton Walden. “You could do just about anything to a black person. African American men were just lynched for just looking at a white woman.” In 2020, there are repeat stories of white women accusing black men of threatening them when there’s been no obvious provocation and as if police are exclusively theirs for protection of person and property.

Understanding this mentality, African Americans often expect the worst. They and other members of minorities make smart-phone recordings for their own self protection. “Had Derek Chauvin not been recorded pushing his knee into Floyd’s neck, he would have said Floyd resisted arrest,” says Walden.

Of course, a lot has been done to desegregate the United States and create a multiracial nation that irons out deep conscious and subconscious biases. The racial justice movement gained force with President John F Kennedy’s civil rights bill, pushed through by President Lyndon Johnson and culminating in the election of Barack Obama. But it shows emancipation is quite recent, as it is in Australia for First Peoples here. Reform since the 1967 Constitutional referendum has wavered.

Are things worse in the US?

History moves like a pendulum but this time it feels like it has swung back far more than usual. When Martin Luther King Jr was still alive, modelling mercy and grace, the 1963 march on Washington seemed to hold more sky, more optimism, even if the protests were marred by violence. King had just met President Kennedy. There were shouts of freedom reverberating across the country, awakening the consciences of millions of Americans. The president was listening.

But today the current president has been secluded in a bunker under Washington’s White House adding to the fire with inflammatory tweets, and then emerging to hold a Bible in his hand in front of a church as a prop.

If one positive thing has come out of it, it is that thousands of white Americans on social media have acknowledged their privilege and called for change. Here too. Diverse Australians have marched in acts of solidarity with Aboriginal and Torres Strait Islander people, risking the wrath of COVID-sensitive police and politicians, to demand justice for black deaths in custody since the 1991 Royal Commission.

Distinguished professor and anthropologist Marcia Langton says all agencies need to grow what works to stop deaths in custody and reduce the numbers of Indigenous people in Australian jails. She wants duty of care to be central to police training. “There’s still not a lot of compassion,” she told the ABC.

Compared to small numbers here, there are hundreds of police departments across the US, many of them militarised. Some work well but there are no national ethical standards, something the Democrats are again seeking to establish. Police reform, according to Matt Taibbi, author of I Can’t Breathe: a killing on Bay Street has been repeatedly promised by progressives but blocked because of strong police unions.

Militarised police departments have also been hijacked by what’s called the Broken Windows theory which emphasises order maintenance. It puts a focus on things like vandalism and public drinking. It encourages police to make snap judgements that profile minorities and people who are poor.

Taibbi reports the cost of policing in the US has tripled in 40 years and the prison population doubled, even though crimes rates have been plummeting.

President Trump has broken a consensus that Americans should keep its racism quiet.

Dr Eddie Glaude, professor of religion and African American studies at Princeton, says “He has unwittingly cracked a pernicious impediment — one we still hear in those who in one breath decry his explicit racism and then accept policies and positions that stoke the flames of white racial resentment.” As Australian theologian Mike Frost observed, American racists no longer have the decency to be subtle.

But Glaude says Americans can’t simply blame their president. “We will have to avoid the trap of placing the burden of our national sins on the shoulders of Donald Trump. We must address not just the nasty words, but also the policies and the practices. We need to look inward.”

Christian activist and author Jonathan Wilson-Hartgrove observes the journey inward for him has been to turn from a “slaveholder” religion to something that feels like true personal freedom found by unlearning a hyper-individualized piety. “ It’s not the job of people who’ve suffered generational injustice to sit and listen to us. No, we’ve got to position ourselves to sit and listen to them.” He urges relationships of accountability that acknowledge power imbalances.

It’s a shame the Morrison Government hasn’t clearly framed its concern about the risk of COVID-19 spreading at public rallies with sympathy, nor leveraged its position for deep listening about what citizens are actually marching about.

It’s going to be a long and hot summer in the US.

Forty million people are out of work, 100,000 people are dead from coronavirus. American economist Alberto Alesina, who died this month, fingered racism as the reason Americans don’t have universal health care. “Racial animosity in the US makes redistribution to the poor, who are disproportionately black, unappealing to many voters,” he wrote.

Families with limited resources are going stir crazy trying to keep bored children at home, with a real risk of death if they don’t. Fatigue and frustration are building. The presidential election is mere months away as Trump, relying on a strategy of division and rhetorical if not real violence, ramps up authoritarianism. “If officer Chauvin is not convicted there will be no peace,” adds Walden. 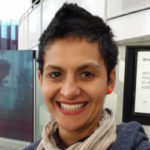