With a mainstream media climate like this on China and dissenting voices being discouraged, it is hard to see any early prospect of easing tensions.

The Australian people have been badly let down on China by our policy elites.

Geoff Raby had published in November 2020 an important new book

It was thoughtfully reviewed by James Curran for Lowy Institute,

and by Hugh White in the Australian Book Review.

Yet I have the impression that Raby’s public commentary on Australia- China relations has been wound back since November 2020. Why and by whom? Who benefits from silencing his moderating voice?

was revealing of increasingly polarized attitudes in Australia. Raby eloquently called for a circuit-breaker which, he argued, China had actually been trying to encourage diplomatically, but without meaningful Australian policy response.

Kelly’s comments and questions to Raby showed how deeply the ABC is now indoctrinated within the dominant Five Eyes Western disinformation narrative against alleged Chinese human rights violations in Xinjiang and Hong Kong and alleged aggression in the South China Sea. For Kelly, whatever the BBC reports about China must be gospel truth: whatever the Chinese Communist Party (sic) say in China’s defence must be false. This is now the dominant ABC News and Current Affairs editorial line. It accords with similar views in Fairfax, News Limited, and to an extent even in the media voice of Australian business, the AFR.

Gracefully – perhaps with a gentle touch of irony – he announced:

‘This is my last monthly column after contributing to The Australian Financial Review’s opinion pages for the past seven years. The forum is now well populated with many excellent commentators. It has become the premier place for short-form articles on foreign and strategic policy, inevitably heavily focused on China, which opinion makers read – and by which they are influenced.’

Actually, there are fewer and fewer Australian public voices arguing for a healthier Australia – China relationship. And those who do still write thus are now increasingly careful how they present their ideas.

In an important analysis published in AFR on 16 December, Hugh White wrote:

‘Throughout 2020, as our relationship with China collapsed and our economic opportunities evaporated, Canberra has clung to a homely analogy. Beijing is just a schoolyard bully, and if we stand up to them they will soon slink away. That makes it all look easy, but the analogy is dangerously misleading. This is not a schoolyard, China is not a schoolboy, it hasn’t slunk away, and nothing about our predicament is as easy as the government would like us to believe.

Instead of backing down, Beijing has week after week relentlessly escalated the pressure both diplomatically and economically, and there is no reason to expect this to stop. We are being steadily squeezed out of the market which has powered our prosperity for decades, and which offers by far the best prospects in the years ahead. As a result our economy may never be the same again. So we need to find a better way to understand what is happening.’

White suggests that it is relatively cost-free for China to punish Australia as an object lesson to other countries on how not to conduct diplomacy towards China. But, he argues, the Morrison government left itself wide open to this, and is still stubbornly refusing to recognise the lessons.

Let me return to the AFR 2021 Business Summit discussion (drawing on the very useful AFR running blog on 8 March).

In the earlier warm-up panel, DFAT Secretary Frances Adamson said blandly that despite tensions, ‘economic complementarity continues to exist and will well into the future’. She said Australia should continue to develop its relationship with China. Peter Costello noted smugly that pro-China commentators in Australia had recently become less ‘aggressive’.

Golley said the government should scrap the megaphone on China and speak softly behind the scenes. She warned there has to be a way to ‘level off’: if things continue as they are, she fears for Australia’s prospects. The future is pretty grim, she said.

Curran said Australia needs to develop ‘a coherent and more comprensive concept of China policy’: otherwise we will ‘keep shooting ourselves in the foot’. Curran questioned US capacity to ‘prevail’ over China. The gap between American resolve and capacity is a ‘grey area’. He said the Biden administration continues Trump’s hardline approach to China. The content-free Quad (neither Japan nor India really believe it) offers no solutions for Australia.

Ford said flatly it is impossible to find other Asian markets to replace China’s mass consumption of Australian wine. He suggested Australian leaders have to lead and engage: ‘They’re clearly at an impasse’. He would not be drawn further on whether Canberra has managed the relationship poorly, but he was optimistic the present ‘spat’ may be a ‘short term disruption’.

Later, Fortescue Metals Chief Executive Elizabeth Gaines had a thoughtful one-on-one conversation with senior AFR columnist Jennifer Hewitt. Gaines called for more diplomacy towards China and more behind-the-scenes discussion and negotiations. She noted Fortescue had not seen any change in its relationships with its Chinese customers despite the political tensions. She said the WA government had taken a different approach to China than the Federal government, noting Premier Mark McGowan had visited China four times over the past four years. She commented that ‘the strength of the Australian economy … is due to [our] strong trading relationship with China … I think we need to nurture that relationship’.

I will round off this rather bleak pen picture by quoting some comments by Peter Hartcher, Political and International Editor of the SHM, on 2 February 2021 (‘China’s delinquency should not be apologised for. We’ll be sorry’)

Hartcher spearheads the dominant mainstream media narrative on China. AFR is a little more circumspect, but not by much. These days, Hartcher resorts to blatant propaganda invective against China and those who call for ‘more nuance’ in Australian relations with China.  He is burning boats here.

Beijing is injuring its neighbours,  destabilising the region, and ignoring the rules that middle powers like Australia rely on for national security and sovereign survival …

What sort of nuance would [former secretary of the Department of Foreign Affairs and Trade, Philip Flood] suggest we use against a fascist power that is crushing human liberty at home – including a program of genocide in Xinjiang – and using brute force to make illegal territorial grabs abroad?

The truth is that Xi’s regime is not entitled to the ‘strategic space’ it is seizing from its neighbours … It is a dictatorship determined to break Australia’s sovereign will. Australia is seeking to defend itself and its interests; Beijing is the aggressor.”

With a mainstream media climate like this, and dissenting voices being discouraged, it is hard to see any early prospect of easing tensions.

The Australian people have been badly let down on China by our policy elites. 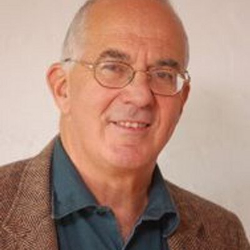