Tony Smith. The failure of imagination

Australia has rushed to despatch even more armaments into the already troubled areas contested by men of violence across Iraq and Syria. It is clear that once again, our national government has assumed that this action is necessary and unavoidable. In reality, there are always choices and it is disappointing that the Coalition has failed to imagine any alternative to an escalation of warfare.

The Government line is reminiscent of the disastrous entry to the invasion of Iraq a decade ago. Minsters argued that Australia had to do ‘something’ about the regime of Saddam Hussein, but the only thing on their minds was military action. We went to war then with inadequate information, and in some respects totally inaccurate information, particularly about the so-called ‘weapons of mass destruction’. The intelligence services are expensive financially and their cultural threats to civil liberties both here and abroad make their failures doubly tragic. Why, if we make such sacrifices of national sovereignty to be kept well informed by the big players in the USA and Europe, did we not see the need to take some lower level of action over the rise of ISIS during the last two years?

There are several unpalatable possibilities. First, Australia has not been informed of the rising threat posed by ISIS. Secondly, we were informed but the Government deliberately chose to ignore this advice so that it could eventually resort to the action it has now deemed ‘necessary’. Thirdly, we just did not have the imagination required to address the rise of ISIS using other means. All three possibilities suggest that Australia does not have skills in this area and that we would be better off to vacate the field and not try to be important players in the ‘war on terrorism’ being conducted by the USA and Britain.

Exactly what is likely to happen to arms dropped to those under threat is anyone’s guess. Some will almost certainly be captured by ISIS guerrillas. Some will no doubt be turned against the people we have professed to be helping, but we will suggest this is an unfortunate consequence, something like the acceptance of thousands of child deaths in Baghdad in the earlier conflict. After all, ours is a country which can put our hands on our hearts and export uranium to India, despite India’s refusal to sign the international conventions relating to nuclear non-proliferation. We delude ourselves by asserting that ‘our’ uranium’ will not play any role in India’s nuclear weapons program so perhaps we can just as easily pretend that weapons dropped in the path of the rampaging ISIS forces will not be used by them.

In earlier attempts to disperse land mines across South East Asia, western forces made the same assumptions. Yet those land mines created numerous innocent victims. Now arms manufacturers and military strategists have turned to other means of killing; they now maim remotely by using cluster bombs and drone missiles. It is time that all those members of parliament and other commentators who support this weapons drop faced the reality that a world bristling with armaments will continue to experience instability. The availability of lethal weapons makes small problems into larger ones.

In the invasion of Iraq ten years ago, some people of conscience, including some Australians, attempted to stimulate the imaginations of the strategists by offering themselves as ‘human shields’. They attempted to make it clear that some civilian targets such as schools and water supplies should be avoided. They risked death by positioning themselves near these sites so that the bombs and missiles of the forces of the ‘Coalition of the Willing’ would not damage them. For their pains they were vilified and condemned by the Australian Government. There is no opportunity for such an action in the present crisis. However, there remains an urgent need for creative thinking to avoid what will almost certainly become yet another humanitarian disaster. Millions of dollars will be spent daily on the campaign that is now unfolding. It is appalling that a Government which claims to be so careful of the taxpayers’ dollars will spend this money without any prospect of achieving a positive outcome. Where are the alternative visions for peace across Iraq and Syria?

In 2014 the world began remembering the centenary of the outbreak of the war of 1914-1918. The propaganda of the time assured those who suffered that their sacrifices would not be in vain because this would be a war to end all wars. The century since 1914 has been a time of almost constant warfare. No war can end war. No amount of killing and violence can establish the principle that killing and violence are wrong and should be eliminated from world affairs. It really is time to imagine some other way of achieving our legitimate aims. 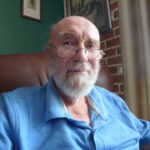