Towards a new hopefulness 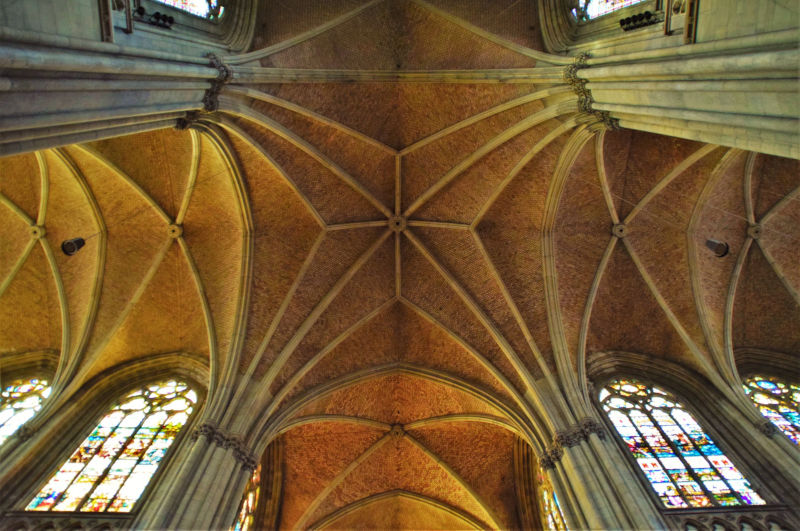 “My hope is that our lives will declare this meeting open.” June Jordan

When Joan Chittister toured Australia these past six weeks a whole lot of hope washed over us.

And a very big meeting was opened: Thousands of us bought tickets to hear her in person, nearly two thousand in Melbourne, eight hundred in Adelaide, eight hundred in Sydney, eight hundred in Brisbane and they were just the public events. Privately, she spoke to hundreds at a gathering of Catholic Religious Australia, for her ‘family’ of Good Samaritan Sisters and Benedictines, and for Mater Health with its ten thousand employees. Most of these events were recorded for national and international viewing, many for religious working overseas. More thousands tuned in to the programme, ‘Soul Search’ on ABC National radio, and on ABC South Australia.

Thousands watched a Zoom presented by ACCCR, read interviews in the Adelaide Advertiser, they watched her on The Drum on ABCtv, and listened to her in conversation with Rachael Kohn, Geraldine Doogue and nationally on Zoom conversation with John Warhurst for the states she was unable to visit: Western Australia, the Northern Territory and Tasmania. And, of course, for those in hospital, jail, aged care and the far reaches of the continent who were unable to attend in person. Finally, she spoke to two hundred and fifty of our 14-17 year old students from eighteen Catholic high schools in the Melbourne Archdiocese. They, the hope of the side, blessed with a privileged education, were urged to take the responsibility of being a Public Intellectual in the tradition of Catholic Social Teaching.

Why did all these people turn up or tune in? One religious superior put it to me very succinctly: “Joan is an orthodox Catholic to her core”. She is not contradicting church teaching, she is asking us to live it and live it faithfully and more abundantly.

One of Joan’s major presentations on this tour, ‘Roots and Wings’ is easily explained within the context of tradition. Our Catholic roots are in the Hebrew and Christian scriptures. We see a visual representation of this theology, the later building on the earlier, in the windows of Notre Dame de Chartres Cathedral. The four evangelists as tiny figures, sit upon the shoulders of the four giant prophets: Jeremiah carries Luke, Isaiah carries Matthew, Ezekiel carries John and Daniel carries Mark. The central lancet depicts the Jewish figures of Mary carrying the infant Jesus.

Here we are taught a theology that gives us all we need and yet it is a theology that for nearly five hundred years we backgrounded. The Council of Trent, concluding in 1563, was concerned not so much with orthodoxy but with reform: to abolish the sale of relics and indulgences, to critique the shallowness of church governance, the extremes of sexual and financial misbehaviour of our clerics that seem eerily close to our church today. Happily, this time we have a Pope who teaches that our problems arise from the still present evils of that clericalism and the hierarchy’s refusal to adopt the reform centred Council, Vatican II.

Pope Francis has told us that the failure to implement the reforms of Vatican II is central to the dysfunctional situation in which the church finds itself today.

The Catholics of Australia have lived inside this dysfunction for decades, but intuitively moved towards a solution. Most of us have never read the Documents of the Council but still we know that we are people trying to take wings, to fly above and beyond a legalistic tradition that Vatican I attempted to cement, to fly into a vibrant and generative gospel-oriented response to the modern world. As Joan explained to us: “the Council of Trent became the problem it was meant to solve. It centred itself on outlining the obedience of laity to clerics and clerical obedience to new canons. This kind of church leadership ground on for five hundred years. Sanctity was all about keeping the rules that made the laity consumers of the faith and clerics the keepers of canonical boundaries. Five hundred years of obedience to a clerical church”.

Pope Francis is calling for the end to Clericalism and the birth of a Synodal church.

Each person who engaged with Joan in these meetings, physical or digital, had probably participated in the request of the Australian Bishops to tell them what they believed their church needed. In all 17,500 responses submitted in the first stage of the Plenary Council process the one request that prevailed, and was pre-eminent across all dioceses, was the need to be ‘included’. We knew what was needed before the Pope called for a Synod on Synodality.

We knew that we needed reform in our Church. We needed structural reform that would end the horrors of sexual abuse and the attendant crimes of cover-up. This reform, to establish transparency and accountability, could only happen if our bishops agreed to independent auditing of damage and denial which we still do not have. Without this there can be no healing. Such a refusal to account may well correlate with the latest census which details the decline of those who are still willing to identify as Catholic, down to 20% now and we know that only half of those attend Sunday liturgy. Our church is sick unto death and we know it.

Each person came to each meeting, not to be gaslighted but to be reassured that what the Spirit had spoken to them was true. To be blessed with the gift of affirmation so that they could try, one more time, in hope, to take ‘Wings’ within the best of the Catholic tradition. They believe Joan Chittister, OSB, when she tells them that we have all been called – to engage in the ongoing work of the co-creation of God’s world.

Gail Grossman Freyne is a family therapist, mediator and author. Her most recent book is The Curious Case of Inequality: A Journey for Justice with Dorothy L. Sayers.