As rich countries develop they cast a shadow over their poorer trading partners. Australian research is exposing these hidden ecological and social costs. Around the world, unaccounted emissions in internationally traded goods and services are estimated at over a quarter of global CO2. This undermines the Kyoto Protocol and threatens the future of the Paris Agreement.

A report written by KGM & Associates and Global Efficiency Intelligence uses a cutting-edge economic model to expose the embedded carbon in traded goods. The Carbon Loophole in Climate Policy says these unacknowledged emissions are a global problem for efforts to decarbonise the world economy because they are ignored by the greenhouse gas accounting system.

A rich developed country, Australia imports most of the consumer products it needs for its high-end lifestyle, much of it from underdeveloped countries. We can afford it. Australia is the world’s biggest exporter of fossil fuel in coal and LNG. Neither the carbon embedded in its imports nor its fossil fuel exports are Australia’s emissions responsibility under the UN Framework
Convention on Climate Change.

Around the world, unaccounted emissions in internationally traded goods and services are estimated at over a quarter of global CO2. This undermines the Kyoto Protocol and threatens the future of the Paris Agreement.

The Carbon Loophole report’s economic model is Eora. It’s a global supply chain model of trading within and between the world’s 189 nations. It tracks the production of goods starting with the extraction of natural resources – air, water, soil fertility, minerals, energy – and follows a product’s stages of manufacture, from workshop to factory and on through the value chain, often along trade routes from one country to another till it reaches its final consumer. This tracking is input-output accounting, and Eora is the most versatile and comprehensive Multi-Regional Input-Output, or MRIO. Data comes from each country’s National Accounts.

Eora is used by 400 universities, by the EU, IMF and the UN. Published in 2000, A Generalized Input-Output Multiplier Calculus for Australia was born in the supercomputer of the School of Physics at Sydney University. It’s the brainchild of Professor Manfred Lenzen.

The amount of national and international data on the input-output tables is astronomic – an impossibility before the supercomputer. Eora documents make links between 15,000 industries globally, and 5 billion supply chains. When projected into the future the results can be modified, making Eora a dynamic policy tool.

Lenzen’s insight was that Eora should adopt but improve the existing ecological footprint metric of the Global Footprint Network, which has been such a success educating people on the world’s over-consumption of resources and destruction of nature. The limitation of the original footprint was that its metric was a global hectare of the same average fertility for every
nation. This required the exclusion of all arid and desert land, and this for Australia was inaccurate, given that our deserts are useful for cattle grazing and as a carbon sink, and they’re valuable for their biodiversity. The Walpiri of Central Australia would agree. Lenzen’s dynamic ecological footprint uses actual hectares of land which you can walk on, weighted for its varying productivity and degree of environmental degradation.

Protecting vulnerable species and ecosystems requires monitoring. For Australia, the degree of landcover disturbance in sample areas can be a useful proxy for ecological sustainability over a very broad scale. Monitoring by satellite is a developing science, providing fine-grained maps data for input-output ecological footprints.

With the Eora model completed for Australia, it was time to go worldwide. Lenzen and his colleagues at ISA – Sydney University’s Integrated Sustainability Analysis group – set out to analyse the world economy and its ecological footprint, country by country.

Each country’s accounts would comprise its land-use footprint, raw materials, water, energy – all the resources and emissions embedded in the country’s produce. The result would be accounts nested within the MRIO framework.

ISA became especially interested in Asia because of its richly diverse ecologies, vast and growing human populations, its expanding industrial productivity, and the trade relations between poorer industrialising nations and the rich developed world.

In 2014, ISA published International trade drives biodiversity threats in developing nations, the first such study to quantify the problem. In the economic model, as in the real world, biodiversity loss is seamlessly linked to developing nations’ manufactures and carbon emission footprints. Textiles, coffee, timber, palm oil, fish and consumer products exported to developed nations are shown to threaten some of the world’s richest habitat and most vulnerable animal species.

As an importer of these embedded footprints, Australia is implicated in the degrading ecologies and threats to 138 species in countries such as Indonesia and PNG.

ISA’s next stage was global social footprinting, published as The Employment of Nations – Uncovering Master-servant Relationships. Eora MRIO tabulates developing countries’ workforce conditions, wages, hours worked, any child labour, and an index of inequality, both within countries and with their trading partners.

The results allow a grouping of the world’s nations into wealthy ‘masters’ that enjoy a lifestyle supported by workers in low-income ‘servant’ countries. The traded ‘servant-intensive’ goods such as electronics and plastics often travel along supply chains through several third-world countries. The wage footprints reveal inequalities and exploitation affecting millions of people worldwide.

The report states “This has far-reaching ethical implications that, once known of and understood, we cannot disregard.”

Australia’s workforce in 2010 was ten million. Our lifestyle was supported by more than 11 million workers outside the country. Adding in the dependents of those 11 million results in a shadow population that greatly exceeded our own. Should Australia be satisfied with this unequal trading relationship? It spotlights Australia’s much-reduced overseas aid, and the International Energy Agency’s suggestion that rich countries help poorer ones to get to net-zero carbon.

A world-first study by ISA in 2018 reveals globalised trade’s effects on people and the planet. Lenzen and his long-time collaborator Tommy Wiedmann at the University of NSW show that as wealthy countries outsource production to poorer ones, greenhouse emissions and environmental impacts there increase, and social impacts on the poor, being less regulated, are worse. Natural capital declines; child labour has increased.

At the other extreme, the world’s top 10% of income earners are responsible for between 25% and 43% of environmental impact. And Australia is at the very top of that 10%.

“Rich consumers like us are implicated in pollution and inequality all over the world, and people in poor countries bear the brunt,” Lenzen comments. “Many citizens of rich counties require the work of up to five poor people to satisfy their consumption … our new research clearly points to a need for so-called consumption-based accounting – where a country’s environmental score includes its imports – and leaves no room for loopholes.”

In 1971, with the world’s growing population starting to overwhelm the planet’s sustainable limits, ecologist Paul Ehrlich and physicist John Holdren proposed the concept I=PAT, short for (ecological) Impact = Population x Affluence x Technology. Their warning of limits to growth drew offended denials, especially about population growth which was airbrushed away, even by environment groups.

Fifty years later, Lenzen and Wiedmann reflect on their own work. They too have a warning. The factors they speak of are the same – population, affluence and technology. Advanced technology alone is inadequate. The overwhelming evidence is that growing consumption cancels out any technological gains. It’s the continued and growing affluence of the rich which is more revealing.

Growing population multiplied by growing affluence is the killer. This demands radical social change to a more equitable and steady-state economy.

Ehrlich is a strong advocate for the Global Footprint Network. With a similar approach, the more developed Eora MRIO model has the capacity to quantify and analyse environmental and social impacts in great detail. It is a uniquely valuable asset as we face the peril of unsustainable growth.

While the world confronts the task of net-zero carbon, international negotiations will be wide open to special pleading, spurious claims, willful ignorance and hidden facts. With 800 academic papers already referencing Eora, its widening MRIO accounts could provide the clarity to pinpoint problems and suggest solutions. 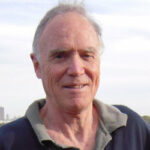