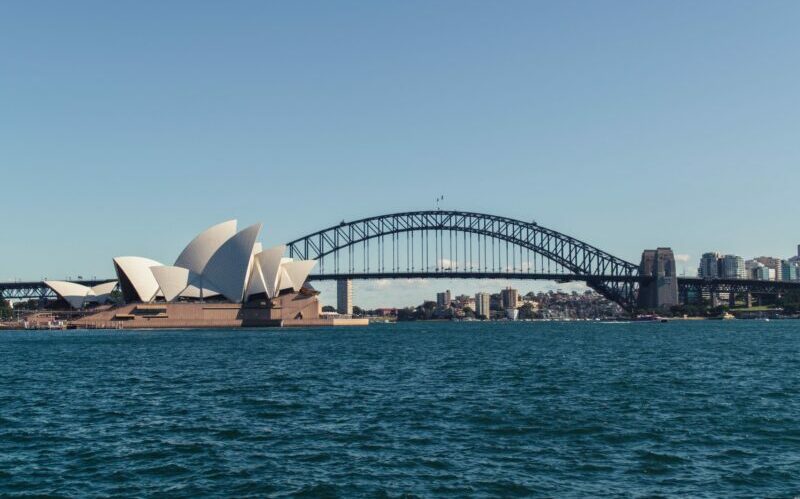 Among the wreckage caused by a near two-year pandemic, with far to go, is the idea and ideal of “freedom”.

Especially when a very real desire to “live freely”, re-open borders, “mingle” and return to something like “normal”, may come at the deathly expense of those already with most to lose.

In the early, pre-vaccine months of the pandemic, COVID-19 was said to be no respecter of status or wealth. Rich people were thought to be as vulnerable to the disease as the poor. But this turned out to be as much of a myth as “everyone is born equal”. Race, poverty, food and housing insecurity, chronic co-morbidities, even visa status, as well as geography and access to the most basic health services, divide this nation starkly. The longed-for freedoms to “open up” or “live with Covid” demanded by some in Australia look very different from the “freedoms” to live safely and well that the poorest, the silenced, the marginalised can only dream of claiming.

Even before Covid, there were shocking differences in life-expectancy between rich and poor in this nation. Or they would shock if only more people were clearer about the moral and social determinants that drive those avoidable differences. There have been relatively frequent reminders of this in the daily media, although seldom on the front page. The most recent example I could find affecting Covid-central Sydney centred on two suburbs: Bidwill and Cherrybrook, just 25 minutes’ drive apart. In the latter, life expectancy is 88 years; in the former, it is 69.

Commenting on this, Professor John Glover, the director of Public Health Information Development Unit (PHIDU) at Torrens University, said the “huge divide” across Sydney was driven by layers of socio-economic disadvantage which contribute to much poorer health outcomes in some neighbourhoods. “Although disturbing, the statistics on median age of death hide as much as they reveal because they do not tell us about the life-long burden of poor health, stress and disability which is endured by many,” he said. (My italics.)

In this most recent, most concerning Covid outbreak in Sydney and then way beyond including to New Zealand, the “freedom” issue feels particularly unjust in its effects and implications.

What’s called the “Bondi cluster” actually began at Sydney airport on June 16 where a limousine driver was “free” to pick up FedEx aircrew from overseas, despite him being unvaccinated and mask-less. Did NSW Health already know how contagious the delta strain was and is? Yes, they did. We were all hearing the tragic stories of Indian-Australians trying and failing to return home to escape delta in India. A week later, a “light touch” lockdown in four eastern suburbs local government areas (LGAs) was announced. A day after that, with one case having grown to 80, a greater Sydney lockdown (lite) was announced and predictions were that it would last for two weeks, until July 9.

By July 13, the city’s essential workers and their families living in the west and south-west of the city were already catching Covid in worrying numbers. By July 17, construction was shut down for two weeks. Through those early, painful weeks, Premier Gladys Berejiklian was adamant she could “balance” health and business interests. She could not. The former requires the swift, equally severe curtailment of freedoms across an entire city or region for the greater good; the latter resists such curtailment because the blows to the “economy” are too “costly”.

That inability of the NSW government to prevent what was, effectively, yet another quarantine breach by the airport driver, was dangerously exacerbated by their unwillingness to lock down decisively some of the wealthiest suburbs in Sydney. These are the suburbs where significant numbers of people can work from home, have spacious homes to work in, have access to WiFi for their children’s schooling, and access to beaches and parks for the permitted hours of exercise. The story in the west and south-west of Sydney is very different. So were the terms of their lockdown.

There, due to the same utterly predictable social and moral determinants – co-morbidities, over-crowding, job and housing insecurity – as well as a need to work outside their homes and strikingly poor communication efforts by the state government, Covid spread rapidly, with tragic costs of life and livelihoods.

From the start of the pandemic until August 29 in NSW there have been around 24,000 cases, exceeding Victoria’s figure of around 22,000. By far the greatest number have been in Sydney’s poorest LGAs. Since June 16, there have been 81 deaths in NSW, including a worrying number among those who caught Covid at Liverpool Hospital where, as at Westmead, staff are stretched beyond capacity. The stories of Covid infection in the far west of the state, including the largely Indigenous town of Wilcannia, are also massively concerning, not least for the absence of services. In nearby Orange, the Aboriginal Health Service is asking for at least 900 vaccines a fortnight. As of last week, they are receiving 240.

At her daily 11am press conferences, Berejiklian expends a high volume of words to congratulate herself and “her” state on the record number of what she calls “jabs”, as well as record numbers of tests. She has not, to my knowledge, apologised for the health security breach that brought delta in, any more than she or Health Minister Brad Hazzard have ever apologised for the Ruby Princess debacle, where blame is, apparently, shared with the equally silent federal Department of Agriculture.

Where Berejiklian is keener to comment is about other states and territories “learning to live with Covid”, without mentioning that WA’s tracing team is largely deployed on the enormous catch-up tasks in tracking and tracing in NSW, or that WA has provided more than a million masks to the once “gold standard” state. Meanwhile, in Queensland, the premier there has given up on the Morrison government’s constitutional responsibility to provide adequate quarantine and is going ahead with the long-delayed Toowoomba plan. In the NT, up to 3000 people are quarantined successfully at any time at Howard Springs, despite the small size and isolation of Darwin, with only one major hospital, and the nearest back-up hospital in Adelaide.

The many disparate groups calling for “freedoms” with ever-greater urgency each has their own agenda. Perhaps the most offensive, in my view, are those weeping crocodile tears for the very real mental health effects of prolonged lockdowns. There’s no denying Covid insecurity adds to the mental health distress in Sydney, and way beyond. However, as the statistics quoted above show, grave disparities in health as well as access to health services were not created by Covid. They are long-standing, long-neglected – and inarguably shown up by Covid. A genuinely caring government would address that with honesty and a commitment to effective change. Instead, NSW receives daily diatribes about those who are “doing the wrong thing”, with little or no awareness of where and what the truly “wrong things” may be.