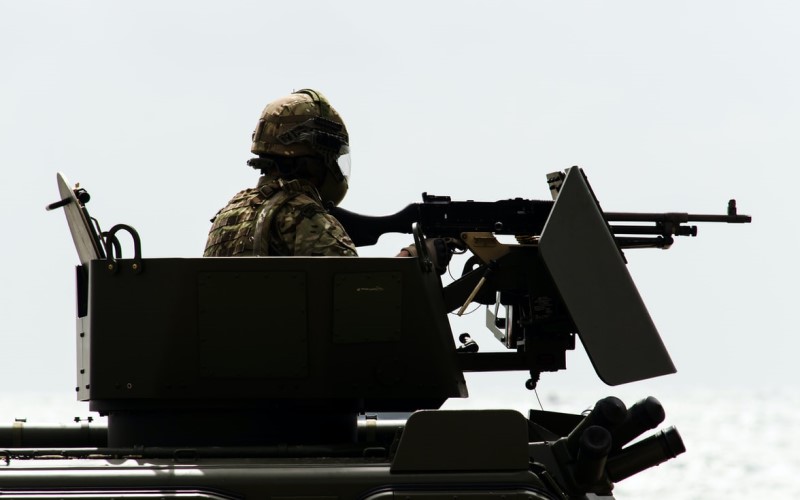 Australia has a history of being one of the first countries to volunteer troops for distant wars. (Image: Unsplash)

The last batch were kept in blissful quarantine, untouched by conflict. But better to feed the US military machine than act on global warming.

The operating doctrine of many a defence ministry is premised on fatuity. There is the industry prerogative and need for employment. There are the hectoring think-tanks writing in oracular tones of warning that the next “strategic” change is peeking around the corner.  Purchases of weapons are then made to fight devils foreign and invisible, with the occasional lethal deployment against the local citizenry who misbehave.  This often leads to purchases that should put the decision maker in therapy.

Defence Minister Peter Dutton prefers to pursue an arms program of delusional proportions.  Having cut ties with the French defence establishment over what was a trouble-plagued submarine contract, Dutton has been an important figure in ensuring that Australia will continue its naval problems with a future nuclear-powered submarine under the AUKUS contract.

Submarines are seaborne phallic reassurances for the naval arm of defence.  Stubbornly expensive and always stressing celebrated potential over proven reality, they stimulate the defence establishment. The land-based forces, however, will also have their toys and stimulants, their own slice of make believe. And Dutton is promising them a few, including tanks.

On January 10, the minister announced that Australia will spend $3.5 billion on 120 tanks and an assortment of other armoured vehicles, including 29 assault breacher vehicles and 17 joint assault bridge vehicles.  All will be purchased from the US military machine. This will also include 75 M1A2 main battle tanks, which will replace the 59 Abrams M1A1s, purchased in 2007 and kept in blissful quarantine, untouched by actual combat.

Dutton declared that, “[t]eamed with the Infantry Fighting Vehicle, Combat Engineering Vehicles, and self-propelled howitzers, the new Abrams will give our soldiers the best possibility of success and protection from harm.”

Chief of Army Lieutenant General Rick Burr was also of the view that, “The main battle tank is at the core of the ADF’s Combined Arms Fighting System, which includes infantry, artillery, communications, engineers, attack helicopters and logistics.”  Tanks were versatile creatures, able to be “used in a wide range of scenarios, environments and levels of conflict in the region.”

To dispel any notion that this purchase simply confirmed Australian deference and obedience to US military power, the Defence Minister also claimed that the new Abrams “will incorporate the latest development in Australian sovereign capabilities, including command, control, communications, computers and intelligence systems, and benefit from the intended manufacture of tank ammunition in Australia.”

In other words, once Australia finishes with these cherished, dear imports, adjusted as they are bound to be for the ADF, they are more likely to be extortionately priced museum pieces rather than operable weapons of flexible deployment.

This latest tank infatuation is yet another example of how parts of the Australian Defence Force and the public service can never be accused of being historically informed, at least in any meaningfully accurate way. The same goes for the current minister, hardly a bookworm of the history muse Cleo.

The last time Australia deployed tanks in combat was during the Vietnam War, that other grand failure of military adventurism. They were never used in Australia’s engagements in Iraq and Afghanistan, despite being lauded as being a necessary vehicle in beating down insurgency movements.

The 2016 Defence White Paper left room for a range of scenarios that make little mention of tanks. It labours over the US-China relationship, “the enduring threat of terrorism” emanating from “ungoverned parts of Africa, the Middle East and Asia”, notes the threats posed by “state fragility” and the “emergence of new complex, non-geographic threats, including cyber threats to the security of information and communications systems.” At best, it throws away a line without elaboration: that the ADF will need “tank upgrades and new combat engineering equipment”.

Critics of the purchase have included otherwise hawkish pundits such as Greg Sheridan of The Australian, who spent some of last year shaking his head at the proposed acquisition after it was announced by the US Defence Cooperation Agency.  The decision, he opined unleashing his talons, was one of “sheer idiocy”, an “anachronistic frivolity”.  Tanks and other heavy, tracked vehicles would “never be of the slightest military use to us.”

Sheridan poses a range of questions.  In any confrontation with China, could a tank defend shipping in the South China Sea?  Or “take out enemy submarines?”  Or “deliver attack missiles over hundreds of kilometres?”  His solutions: buy more jets, manufacture more drones, and address naval capabilities.

Others also argue that Dutton, were he to be genuinely interested in Australia’s security and safety, would be spending more time on reducing greenhouse gas emissions and coping with the threats posed by climate change, or investing in pandemic responses.  Now that would be a big ask.

The tank fraternity, a gathering of near cultic loyalty, are swooning in triumph.  As Peter J. Dean, director of the Defence and Security Institute at the University of Western Australia remarked last year, their membership has never proven shy.  Cults tend to show that utility is secondary to the importance of steadfast faith.