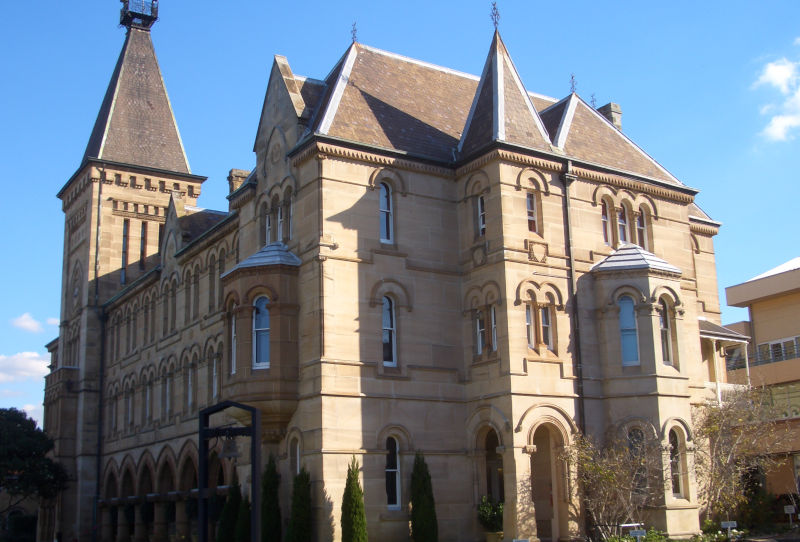 The cumulative over-funding of Newington College will amount to $13.5 million. Image: Wikimedia Commons

St. Augustine’s College is the top over-funded school. Its cumulative over-funding for 2022 to 2028 will amount to $21 million. The school is currently funded at 173% of its Schooling Resource Standard (SRS) by the Commonwealth Government which is over double its entitlement of 80% of its SRS. The NSW Government is responsible for the other 20% of the SRS target, but it has not divulged its current and future funding estimates for individual private schools and systems. However, on average, it is also over-funding private schools at 23% of their SRS.

St. Augustine’s College is a highly privileged school. Over 50% of its students are from the highest socio-educationally advantaged (SEA) quartile and nearly 90% are from the top two quartiles. Only one per cent are from the lowest SEA quartile.

Northern Beaches Christian School is also -funded at more than double its entitlement. It is funded at 169% of its SRS and the total over-funding from 2022 to 2028 will amount to $16.1 million. Just under 60% of its students are from the top SEA quartile and nearly 90% are from the top two quartiles.

Trinity Grammar is also highly over-funded. It is currently funded at 115% of its SRS by the Commonwealth and will be over-funded by $16.4 million to 2028. Nearly 70% of its students are from the top SEA quartile and 93% are from the top two quartiles.

Five Uniting Church schools will be over-funded by $26 million. They include several of the most exclusive schools in Sydney – Knox Grammar, MLC School, Pymble Ladies’ College and Ravenswood. They charge fees of around $30,000, about 80% of their students are from the top SEA quartile and 96% or more are from the top two SEA quartiles. It is disgusting taxpayer welfare for the rich.

Many other schools with over 60% of their students from the top SEA quartile and over 90% from the top two quartiles are over-funded by four to ten million dollars. These included Central Coast Grammar, Pittwater House, St. Andrew’s Cathedral School, St. Catherine’s School, St. Vincent’s College.

The NSW Catholic school system is over-funded at present by the Commonwealth Government at 81% of its SRS. The Commonwealth share of its SRS will increase to 83% next year and then gradually decline to 80% in 2029. This will result in over-funding of about $366 million for 598 schools.

The over-funding of private schools is due to end by 2029 as the Commonwealth reduces its funding share to 80% of their SRS. However, there is no guarantee this will occur. Several private school organisations are campaigning against losing their over-funding and, indeed, want more. Their greed is unrestrained. In effect, it is a campaign against funding for those most in need.

In its pre-Budget submission, Independent Schools Australia called for increased funding to support choice in education. Their demands include more funding for schools to transition to the Direct Measure of Income (DMI) methodology for calculating the financial need of private schools. This is despite receiving $455 million over ten years from 2019-2029 under the Choice and Accountability slush fund, $66 million in various forms of transitional assistance to the DMI approach in 2019 and hundreds of millions in JobKeeper payments in 2020. It also wants more funding for regional boarding schools and an increase in capital grants.

Not to be outdone, the National Catholic Education Commission also wants additional funding for its schools in regional, rural and remote areas and for regional boarding schools. This is despite its huge windfall of $3.7 billion over ten years from 2019 to 2020 from the introduction of the DMI to assess the financial need of schools, $727 million in additional funding under the Choice and Accountability Fund and $157 million in transitional assistance to the DMI in 2019.

We can expect to hear more of these demands in the Federal election campaign.

Formally, the NSW Government is only required to fund public schools to 75% of their SRS instead of 80% by 2027, with the Commonwealth providing the other 20% by 2023. However, the agreement also allows the NSW Government to claim expenditure on depreciation and the NSW Education Standards Authority up to 4% of its target share.

These expenditures are specifically excluded from the definition of the SRS and so allow the NSW Government to reduce its target share to be achieved by 2027 to 71%. Thus, public schools will only ever be funded at 91% of their SRS for at least the next five years and probably later.

This skulduggery robs public schools of billions in funding. The cumulative under-funding of public schools from 2022 to 2028 is estimated by SOS at about $13 billion.

We are at a critical point in the future of school funding. The Morrison Government is under pressure to provide another special deal for private schools to protect their millions in over-funding. The question is not whether it will deliver to its clients, but how much in the lead up to the Federal election.

Meanwhile, public schools continue to suffer from massive, chronic under-funding. The Federal election is an opportunity for Labor, the Greens and Independents to address the inequity in school funding.

Labor and the Greens must deliver on their promise to ensure that public schools are fully funded at 100% of their SRS. Shadow Minister for Education, Tanya Plibersek, has committed to this goal several times in the last few months, most recently at the NSW Teachers Federation Principals Conference.

The Commonwealth Government must play a greater role in addressing disadvantage in education. A priority should be to increase the funding loadings for disadvantaged students. Another priority is to revise the Commonwealth-State bilateral funding agreement to ensure that the states, including NSW, fulfil their responsibilities in funding public schools.