The Turnbull Government’s Gonski 2.0 funding plan is a fiasco. Public schools will remain under-funded and there will be a massive increase in over-funding of private schools. The Education Amendment Bill before the Parliament to implement Gonski 2.0 should be rejected and an alternative Gonski PLUS model that builds on Gonski 1.0 be developed in conjunction with the States.

The cap means that the Commonwealth Government has abandoned taking on an increasing role in funding disadvantaged students, over 80% of whom attend public schools, as planned under Gonski 1.0. It is now left to the States to decide whether to fund public schools to 80% of their SRS or not. The Education Minister, Simon Birmingham, made this very clear in his address to the National Press Club in May:

It is highly uncertain whether the States will ever meet the 80% target as most have neglected public schools in recent years. Between 2009-10 and 2014-15, they cut funding for public schools by an average of $732, or 6.6%, per student, but increased funding for private schools by $161 per student, or 6.9%. The State component of the SRS of public schools is well below the target 80% in most States. For example, it is 71% in NSW, 66% in Victoria, 72% in Queensland and South Australia, and 67% in the Northern Territory.

Under Gonski 2.0, the States will only be required to maintain the real level of funding per student, not increase it as planned under Gonski 1.0. Even if the States do maintain real funding into the future, public schools will never recover their reductions in funding since 2009-10 or get anywhere near 100% of their SRS by 2026-27.

Without a major funding boost by State governments, government funding for public schools will be significantly below their SRS in almost every State and Territory. The likelihood is that disadvantaged public schools will remain vastly under-resourced under Gonski 2.0 and there will be little or no progress in improving outcomes for disadvantaged students. The Commonwealth has effectively abandoned the national goal of increasing equity in education.

In contrast to the funding uncertainty for public schools under Gonski 2.0, private schools get much greater funding certainty. Catholic and Independent schools will be at their SRS or more in nearly every State.

There is no requirement that the States should reduce their funding of private schools to 20% of their SRS and it is unlikely that they will do so.

A basic flaw of Gonski 2.0 is that it abandons any effort towards a national approach to school funding. It entrenches the structural incoherence of school funding so heavily criticised in the original Gonski report.

Even though David Gonski was standing next to Turnbull when he announced Gonski 2.0, the new approach directly contradicts what Gonski recommended. His report recommended a national co-operative approach to school funding, particularly in supporting disadvantaged students. It said:

Funding arrangements for government and non-government schools must be better balanced to reflect the joint contribution of both levels of government in funding all schooling sectors. They must also be better co-ordinated so that funding effort can be maximised, particularly effort to improve the educational outcomes of disadvantaged students. [xv]

Gonski 2.0 has locked in a system of different funding roles for public and private schools by the Commonwealth and State governments instead of developing an integrated system of government funding. It will perpetuate inconsistencies and inequities in school funding.

The Turnbull Government has washed its hands of taking any significant responsibility for improving the life opportunities of disadvantaged students in public schools. In keeping with the tradition of the Coalition in school funding, the main priority of Gonski 2.0 is to look after private schools and their more advantaged families. This is why there will be a huge increase in the number of private schools that are over-funded, while public schools and their disadvantaged students will remain under-funded for the tasks they face. All the claims about a fairer funding system are just rhetoric to disguise the reality of what Gonski 2.0 offers private schools. Unfortunately, many commentators and organisations have been deceived by this mendacity.

The Commonwealth and State and Territory governments should negotiate a Gonski PLUS national school funding plan that delivers the large funding increase needed by disadvantaged students in public schools and creates a national system to ensure needs-based funding for all students, across all schools and all systems. It could be funded by eliminating all over-funding of private schools. 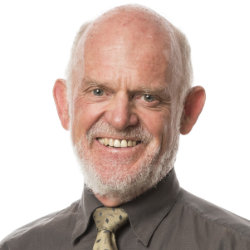