Tsar Vladimir’s scorecard – off to a bad start 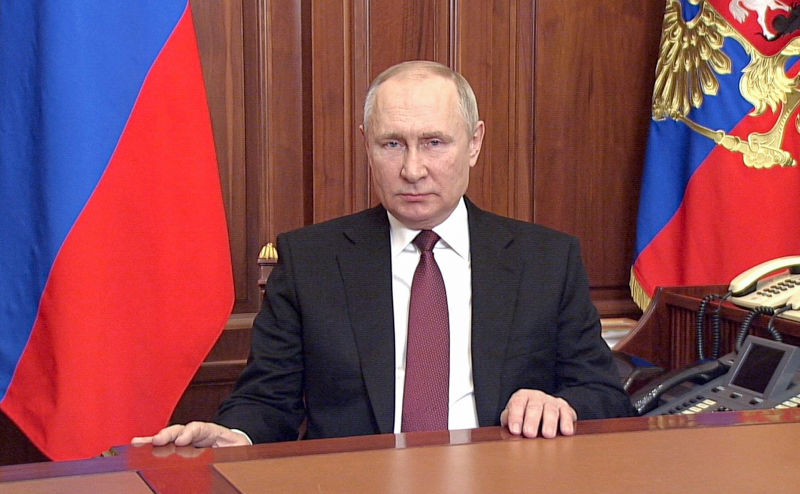 Putin’s invasion of Ukraine is not working out as he expected and may yet turn against him internationally and even domestically. At this stage, we can only speculate but things are not going well for Tsar Vladimir.

Russia has a justifiable complaint against the West which has not handled post-Soviet Russia in a very sophisticated way and it is true that the USA is hardly in position to cast the first stone against Russia for invading a country that didn’t suit its commercial or strategic interests. The idea that liberal democracies have rights that others don’t have reeks of the old colonial mentality. But two wrongs don’t make a right.

Russia has a common border with Ukraine but it also has common land and seas borders with a number of NATO members. Ukraine is not a member of NATO and has not been invited to join. To invade Ukraine because of grievances against an organisation of which it is not a member is hardly sustainable. Ukraine was not planning to invade Russia! If NATO needed land borders to attack Russia it did not need Ukraine nor did it need Ukraine to station missiles that could reach Russia.

Putin’s action, therefore, was not as some would have it, all the fault of NATO even if this may have been a factor. He was more upset about being ignored than attacked. He is not a communist but looks back to the Russian Empire.

Tsar Vladimir wanted to re-establish Russia as a great power and focus the world away from Asia and on to Europe, specifically Russia which had been unjustly demoted. He has certainly focussed the world on Russia but whether that is a good thing for him is a moot point. Much remains uncertain but we can draw some conclusions and identify some things that need to be watched.

If anybody is telling him, Putin must be worried about a number of negative developments. He has not got off to a good start.

While condemnation from the usual suspects was to be expected what would concern Putin is the lack of support from many of his friends. China, India and the United Arab Emirates abstained in the Security Council when Putin would have expected their support. China is clearly unhappy with the invasion.  Kazakhstan has blocked Russian “propaganda” on TV and reportedly refused to send troops to assist. It also seems that many Eastern European individuals who had been supporters of Russia are being critical. The result of the UNGA resolution was a blow. Only 4 voted with Russia and 144 voted for the resolution. Abstentions are not support for Russia. Putin will ignore it but it must have some effect within Russia?

The level of criticism and protest from Russians would also concern him. Again, it is not just the usual suspects protesting. Protests are bigger and more widespread throughout the country and include public criticism by prominent media and sporting figures at home and abroad.

Censorship has been increased but there is no way Putin can keep people from knowing what is happening especially as the body bags come back in increasing numbers. Shades of Afghanistan. Bans by sporting bodies on Russian teams and events cannot be hidden. The rush to withdraw foreign currency from ATMs tells its own story. Sanctions will have some impact on ordinary people.

The failure of Russian armed forces to get a quick victory is galling as is the strong Ukrainian resistance. There are reports of Russian troops giving up and defecting to the Ukrainians. Russian troops have faced strong verbal attacks from citizens in conquered towns. It is also clear that Putin has managed to unite Ukrainians in a way that was not the case before. President Zelensky’s media appearances have left Putin’s for dead.

Putin has also done much to unite Europe and he would be surprised at the strength of the sanctions and support for Ukraine. He was no doubt relying on Western weakness and disunity but this has not happened even though how American domestic politics will play out remains unclear.

He has been forced to increase the size of his invading forces and apparently plans to increase the savagery of Russian tactics. Although Putin probably sees threats about nuclear weapons as a warning to the world and as demonstrating Russian strength, many will see this as a sign of weakness. If he has to resort to nukes it shows his conventional forces can’t hack it.

As he increases the size and nature of Russian forces Putin will almost certainly win the battle but ultimately, he will lose the war. Vietnam, Iraq and Afghanistan (for both Russia and the USA) provide object lessons. The army is of concern as it pushes into Ukraine and is not greeted with bread and salt as the troops were led to believe. It is one thing to look down on and hate funny looking people who jabber at you in an incomprehensible tongue but quite another to be abused and told to go home in your own language by people who look like you and with whom you share a common cultural and religious heritage. How will this affect the invading troops?

The Tsar may be counting on international opinion forgetting, just as the Coalition of the Willing has ceased to be an issue. The media can be expected to lose interest when the drama is over and it moves on to the next exciting story. But when will this happen and what lasting effect will remain?

Pundits have tended to say that Putin can rely on his KGB mates and the army to handle domestic dissension but as many a Roman Emperor found out, you cannot always rely on the Praetorian Guard nor on a disillusioned army. And there is always someone with a stiletto at your back if you are seen to fail, especially if the plebs revolt. Should the economic interests of his oligarch supporters be seriously affected and the army become restless, he could be in trouble. He is not Peter the Great who seems to be his role model.

Much still remains uncertain but the Tsar has not got off to a good start. He faces international and potentially domestic challenges.  He doesn’t like to lose and how he will react to being humiliated is of concern to the world. The nuclear threat is presumably bluster but then we thought the threat of invasion was bluster.