Tudge on the bludge – new education minister offers nothing new 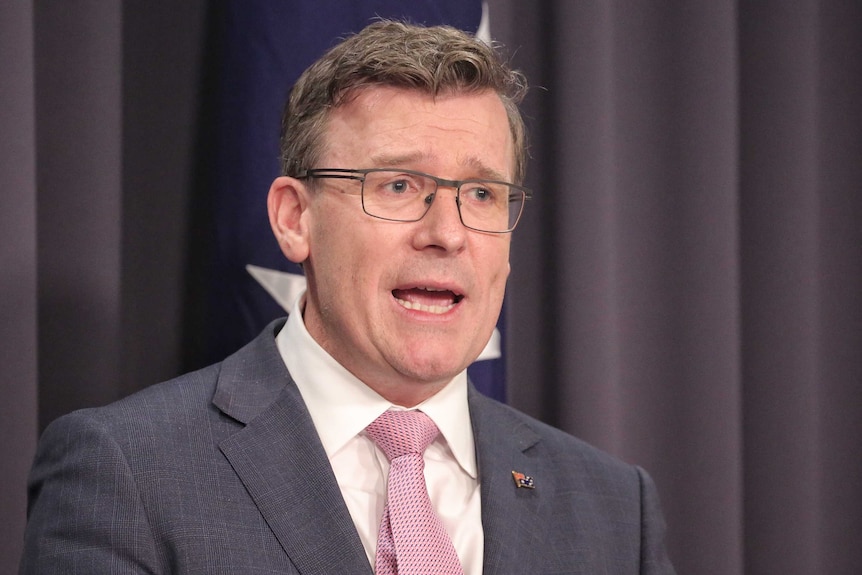 Tudge has launched a review of initial teacher education, something which will apparently arrest declining academic standards.

It won’t be taxing: he can look busy for the next few years, grab headlines with such initiatives, engage in a bit of cultural warfare – and will be long gone before anyone realises it all didn’t amounted to much. It’s a well-travelled path. Both sides of politics have produced ardent school reformers. As education minister, Julia Gillard famously paraded a long gone Chancellor of New York City schools, whose ‘reforms’ were even challenged at the time. Her initiatives were aimed, amongst other things, at beating Shanghai by 2025, now just a few years away. It won’t happen.

In 2014 Christopher Pyne sent Dr Kevin Donnelly and Professor Ken Wiltshire off to review the Australian curriculum. It would be hard to find many educators who can recall anything it achieved. Apparently Tudge’s review of teacher training is aimed to return Australia to the top-performing group of nations by 2030.

All these ‘reformers’ act out Einstein’s definition of insanity: doing the same thing over and over and expecting different results. Back in 2014, academic Stephen Dinham noted that “Australia has on average had one review of teacher education every year for the past 30 years… Each inquiry reaches much the same conclusions and makes much the same recommendations, yet little changes.”

But they keep at it. School reformers are fixated on teachers and schools, ignoring anything else, including their own antics, that impact on what schools do and manage to achieve. They choose their targets, but teacher bashing is getting harder, given the commendable way teachers worked with parents to help children through the pandemic. There are also many teachers, and they all vote – it’s best to blame those who train them instead.

There are other concerns about Tudge’s proposed review. As the SMH reported, Michele Simons, president of the Australian Council of Deans of Education pointed to its limited reach. The title alone of Julie Sonnemann and Jordana Hunt’s published response is instructive: ‘Yes, Minister, you can entice our best and brightest into teaching. You will have to pay them more’. University of Sydney academic Rachel Wilson said reviewing teacher education in isolation was not enough and a whole-of-system review was needed. “Tinkering isn’t going to fix it. We need a broader review and bolder reforms to the structures of the schooling system. We need a cross-party coalition and 10-year plan to address the issues we are facing.”

Wilson’s response goes to the heart of the problem. She is a co-writer of the Gonski Institute for Education’s Structural failure: Why Australia keeps falling short of its educational goals. It looks at our schooling track record, to clearly state where we are and why, and what we must do to improve. Its purpose is not to disparage school-based reform, it will always be needed, including improved teacher learning. But the reality is that such initiatives are orphans, standing alone without the support needed to succeed. Too many school reforms have been, and are still, detached from the wider problems that contribute to the deficiency they alone purport to address.

The other problem is that the school reformers themselves often have a blinkered vision created by their own preconceptions and life experiences. Alan Tudge previously nailed his preferred
school colours to the masthead with his response to the Gonski review. As Lyndsay Connors has pointed out, Tudge lamented that reforms to improve equity in schools funding could “compel non-government schools to take certain cohorts of students or lose school funding”. Perhaps he has managed to avoid those “cohorts” in his working life with Boston Consulting, or as PA to one-time education minister Brendan Nelson.

Alan Tudge as Federal Education Minister: what does he mean for our school system?

In fairness, he has also worked with Noel Pearson in Indigenous education and for a time with Teach for Australia, best known (but largely unloved) for fast tracking people into a teaching career. Hopefully his review won’t recommend taking such short cuts in the training of teachers.

Based on the report in the Australian Financial Review, his priorities for schools include ‘back-to-basics’, purging schools of fads and mobile phones, turning around performance, more discipline
and all that goes with it. Apart from the mobile phones, it has all been in the playbook of education ministers, especially conservative ones, for decades. Rather than launch into teacher training, maybe he should commission a review into why reform priorities such as his have not worked in the past and why, in isolation, they still won’t work. Better still, read the Gonski Institute’s Structural
Failure and see if he can join the dots.

But perhaps his mind doesn’t work like that. He told AFR’s Julie Hare “we have a big focus on equity, and rightly so. But equally, we need to focus on excellence, because school education is about
every single child being able to achieve their best.” Sorry minister, excellence and equity are joined at the hip, we’ve known that for decades and it underpinned the recommendations of the Gonski review. Australia won’t achieve increases in excellence if we don’t have equity. And sorry again: this might mean an increased range of “cohorts” being in the same school, that helps
far more than hinders.

And a final sorry, the “school funding wars” as you describe school resourcing, are not over. Funding still doesn’t serve the priority of equity.

So here we go again. It’s hard to believe he will be around for that long, but Labor also has a long way to go to offer a creative alternative.