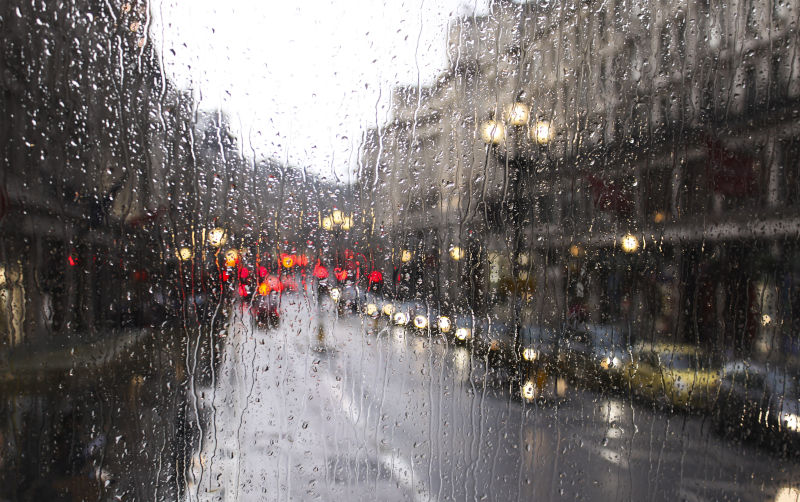 In 1711, Alexander Pope, the English poet, wrote that “fools rush in where angels fear to tread”.

By this he meant that there are individuals without good sense or judgment who dive into situations that wiser people know are best avoided. Although he said that 311 years ago, it perfectly describes those Hong Kong residents who are moving to the United Kingdom, dazzled by the promise of “fool’s gold”.

The bulk of the British National (Overseas) Passport holders who have been lured away are attracted by the prospect of full British nationality for themselves and their dependents, after a six-year residency in the UK. This scheme was devised by Boris Johnson’s government in 2020, partly in response to US-inspired plans to weaken Hong Kong by encouraging emigration, and partly because of the labor shortages arising in Britain after Brexit. Although most of those who fell into Johnson’s trap imagined they would find “democracy” and a “better life”, they have been well and truly conned.

Instead of finding the promised land, they have ended up in what is not far removed from a disaster zone. They are now confronting economic chaos, political instability and rising tensions, and the situation is worsening by the week. It is a classic example of jumping out of the frying pan and into the fire, and those who departed are now having to learn the hard way that the streets of London are not paved with gold, let alone hope.

As for those who departed in search of “democracy”, they will have been particularly disillusioned. They have seen their benefactor, Boris Johnson, the elected prime minister, forced out of office in July not by the electorate that chose him, but by a party cabal. They have also witnessed his two successors, Liz Truss and Rishi Sunak, taking office on the back of small-circle elections among Conservative Party members, without reference to the people. They will also have observed how the governing Conservative Party is doing all it can to avoid a general election, even though it is heartily detested by the public and has long since abandoned the policies on which it was elected in 2019.

As their dreams gradually disintegrate, it is hard not to feel pity for those who emigrated, save obviously for those who fled to evade justice. There can be no sympathy for the criminal fugitives, foreign agents and political saboteurs who tried to destroy the “one country, two systems” policy in 2019-20 in order to weaken China. They have, however, been eagerly welcomed by London, notwithstanding their crimes, and some have been assigned to fresh anti-China duties, with new handlers. Many of those departing, however, are not in this category, and are only guilty of naivety.

They include the dreamers, who, despite often enjoying reasonable lifestyles in Hong Kong, imagined the grass would be greener on the other side. There are also the losers, consisting of people who have failed in Hong Kong yet are foolish enough to imagine they can somehow hit the jackpot in the UK. Then there are the just plain stupid, often young people with little or no life experience, who are seduced by Western propaganda and oblivious to the opportunities awaiting them at home as China’s resurgence proceeds apace.

However, as things in the UK lurch from bad to worse, many of those who departed will be rueing their decision, and who can blame them. The Bank of England has warned that the UK is set to enter its worst recession in 300 years, and over 500,000 people are expected to lose their jobs. Households, moreover, are facing the biggest-ever fall in living standards in 2023-24. In October, inflation hit a 41-year high of 11.1 percent, and the prices of food, transport and energy are surging to unprecedented levels.

On Nov 17, the Office for Budget Responsibility, the government’s spending watchdog, pointed out that, while household budgets are being squeezed, taxes will rise to 37.1 percent of gross domestic product by 2027-28, the highest level since World War II. The UK, moreover, is forecast to be the worst performer in the G20 in 2023, with the possible exception of Russia, and social unrest is growing.

Many people, unsurprisingly, have had enough, and over 235,000 workers went on strike last week across the UK. Train drivers, nurses, postal workers, university lecturers and even lawyers have been withholding their labor at some point, and the unrest is escalating. They are all demanding a “living wage”, by which they mean a wage that matches inflation and enables them to pay their bills. Throughout the country, families are now reporting they can no longer keep their heads above water, and the possibility of a general strike is even being mooted in trade union circles.

On Nov 9, for example, nurses voted in favor of strike action across the UK for the first time in their history, and this will seriously disrupt the National Health Service. On Nov 24, every school on the Scottish mainland was shut after walkouts by 50,000 teachers in the first national strike over pay in nearly 40 years. Around 100,000 civil servants have voted to strike, and ports and airports are facing disruption over Christmas. The Rail, Maritime and Transport Union has also announced that it plans strike action on the railways in December and January, and that it will be organizing a series of 48-hour strikes in the run-up to Christmas over “job security, pay and conditions”.

This, therefore, is the worst possible time for anybody to move to the UK, and it is not surprising that the number of Hong Kong people still contemplating relocation is falling drastically. According to data released by the Home Office, just over 10,100 local residents applied for the BN(O) visa scheme in the third quarter of 2022. This was down by 8,000 compared to the second quarter, and it represents the sharpest decline since the scheme was introduced in January 2021. Altogether, about 150,600 applications were received, of which about 144,576 were approved.

Whereas, therefore, potential emigrants are wising up in time, those already in the UK will be realizing just how unwise they were, and some will want to return. This situation is by no means unprecedented, and it has been estimated that of those who left Hong Kong in the 1980s because of 1997-related concerns, about 30 percent subsequently returned. Those people, however, were, by and large, far more affluent than most of those who have departed since 2020, many of whom will have already burned their bridges.

If, however, they are still able to return, they should be given every encouragement to do so. Everybody makes mistakes, and nobody should bear any grudges against them. They departed either because they were duped by Johnson’s anti-China crusade, or because they believed that Britain was the land of milk and honey (and sometimes both). If they return, they will discover that their home city is as vibrant as ever and walking tall, with great prospects for the future. It should, with determination, be possible for most of them to fit in once again, if not to pick up where they left off.