UK needs to drop its colonial pretence to Hong Kong 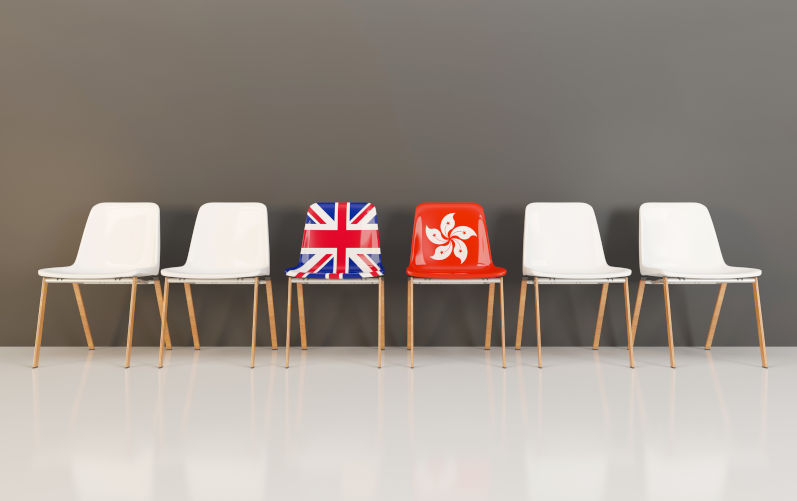 British government’s latest six-monthly report on Hong Kong should in the name of ending blatant hypocrisy be its last.

In a standard ritual of keeping the Communist Party of China (CPC) on its toes, the British government published on January 12, 2023, the 51st six-monthly report on the situation in Hong Kong, which at some point in history played a role of a colonial trophy of Britain after the mainland’s defeat in the Opium Wars of the 19th century.

To make sure that the Chinese people continue to cultivate a collective memory of national humiliation at the hands of the former colonisers, the officials in London shared their long litany of outrageously insulting from the perspective of the second largest economy in the world smears having its psychological root in the Kiplingian mentality that is (sadly) still prevalent in the corridors of power in Whitehall.

Although this time the criticism was conveyed by Foreign Minister James Cleverly, the message was kept in the same good old paternalistic tone of concern over the alleged systemic erosion of rights and freedoms of Hong Kongers, as well as the usual criticism of the National Security Law of 2020 that, according to its authors, serves to prevent foreign and foreign-inspired domestic actions aimed at destabilising the city and special administrative region of China.

From the analytical point of view, putting aside a flowery language of human rights, the crux of the matter here lay in the following remarks made by Cleverly in the forward to the document: “There is no doubt that China is failing to comply with the Sino-British Joint Declaration. Hong Kong’s rights and freedoms have been sacrificed to facilitate greater control by Beijing, undermining Hong Kong’s autonomy. China is diminishing the way of life promised to Hong Kong 25 years ago.”

As much as this statement can (and should) be perceived as deeply appealing, please allow me to dwell on the logic behind this well-known Tory narrative that dates back to Margaret Thatcher’s approach to the negotiations over the future of Hong Kong between 1979 and 1982.

In particular, a research article published last year in The International History Review journal and written by Matthew Hurst will serve as a canvas for my analysis.

According to the author, who predominantly based his findings on declassified documents from the Prime Ministerial archives of the late Prime Minister Thatcher and Foreign and Commonwealth Office files, the British never wanted to cede their temporary power over Hong Kong and wished to extend their colonial rule well beyond the year 1997 – a date when the New Territories lease was meant to expire after ninety-nine years of occupation.

It is now clear that London perceived “the Hong Kong issue as primarily an economic one,” and that is why it tried hard to portray its intentions as “selfless” in an attempt to cause a change of heart in Beijing over the sovereignty status of the territory in question, which in effect “increased Chinese suspicions” regarding British intentions and ultimately affected the timetable of negotiations between the two countries.

Since money was the ultimate motive, the British were well aware of Hong Kong’s importance to Deng Xiaoping’s economic reforms program. This was best described in the late Lord Peter Carrington’s comments to Thatcher, who informed her that “leaders such as Deng have made it clear that they need Hong Kong’s contribution to China’s modernisation.”

As it is easy to guess, the British intended to exploit this fact to their advantage and convince the Chinese officials that the only way to save the goose that lays golden eggs and sustain continued investment was to keep them in charge.

Nevertheless, when they met with a refusal, they immediately became irritated and accused their counterparts in Beijing of being “ignorant” and lacking fundamental knowledge of economics and management. Consequently, they decided to “educate” the Chinese to help them reach the correct conclusion that, as Thatcher put it, “colonialism [is] acceptable to [the] people of HK.”

It is worth noting that China had never recognised the treaties or the lease as legitimate since its consecutive leaders perceived them as being “unequal” and aggressively imposed on Beijing. For them, it was a matter of honour that was inexorably intertwined with a collective memory of the entire nation to regain sovereignty over the whole of Hong Kong –a fact that was highlighted to Prime Minister Thatcher by the Chinese Ambassador to London during their dinner in July 1982.

Unfortunately, Thatcher and her political entourage remained indifferent to the Chinese view on this sensitive matter. They neglected “the interlink between a sense of history and emotion” by seeing it solely through euphemistic lenses – an attitude embodied in the bi-annual report.

Since the Chinese resumed the exercise of sovereignty over Hong Kong at midnight on June 30, 1997, the legal basis for the governance of the HKSAR is the Chinese Constitution and the Basic Law of Hong Kong, not the Sino-British Joint Declaration.

Hence, it is in no way legal or acceptable in international relations practice or custom that former colonial power remains in a position of assessing the rule of law and influencing the internal affairs of its former possession.

As much as Margaret Thatcher’s spirit looms over the Tory party (together with her religious-like devotion to Friedrich von Hayek’s philosophy), it is simply wrong to weaponise the human rights narrative against China in a neoliberal way, which “refashioned the idea of freedom by tying it fundamentally to the free market, and turning it into a weapon to be used against anti-colonial projects all over the world,” as Professor Jeanne Morefield explained in her insightful review of a book titled The Morals of the Market: Human Rights and the Rise of Neoliberalism.

As a matter of fact, it is Britain that is experiencing the most significant deterioration of basic human rights in decades, as Human Rights Watch’s report (ironically published on the same day as the discussed paper on Hong Kong) argues, with the current government paying lip service to its international commitments, “despite heralding itself as playing a leading role in defending democracy and freedom across the world.’”

It is high time to refrain from sticking our nose in the foreign country’s internal affairs by finally stopping publishing the Hong Kong report and minding our own business by improving human rights standards in our own country. Anything other than that will be nothing more than blatant hypocrisy.

Adriel Kasonta is a London-based political risk consultant and lawyer. He is an expert at the Russian International Affairs Council (RIAC) in Moscow and former chairman of the International Affairs Committee at the oldest conservative think tank in the UK, Bow Group. Kasonta is a graduate of London School of Economics and Political Science (LSE). You can follow him on Twitter @Adriel_Kasonta.