Ukraine: can we make sense of the war situation? 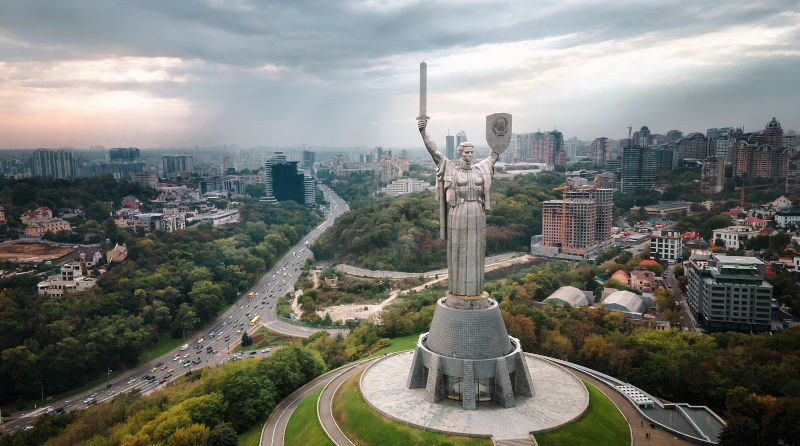 There is hectic media attention to the pressure on Germany to allow a few of its Leopard 2 tanks to be given to Ukraine by countries that have bought them from Germany. The words “self-deception and fantasy” come to mind. But it does make clear Ukraine’s underlying logistical problem.

18, All warfare is based on deception.

20, Hold out baits to entice the enemy. Feign disorder, and crush him:

Such things are probably easier, or perhaps more difficult, or both, in the era of extraordinary intelligence capabilities on the one hand and the 24 hour news cycle and social media. Both these latter because of their velocity guarantee that most writers in them have no idea or little idea of what they are talking about. So just read with care.

To step back for a moment, let’s look at Russian perspectives and compare with the political situation in India. In 1987, a decision was made by the then Prime Minister of India and descendant of the familial line of command of the Indian Congress Party, beginning with Nehru, then Indira Gandhi, his daughter, then, after her assassination, Rajiv Gandhi, her son. Thirty eight years in all, with interruptions. In 1987, Rajiv made the fatal decision to allow the national broadcaster to transmit, over two years, every Sunday morning, a television drama Ramayana telling the foundational story of Hinduism, through to 1989, when Rajiv lost the election, to be assassinated two years later.

The television drama Ramayana, run again every morning and evening during the brief Indian lockdown in 2020, is the foundational story of Prime Minister Modi’s Hindu nationalist management of India. Mike Gilligan has mentioned the popularity of Russia’s president Putin, with an approval rating of over 80 percent. Narenda Modi has a popularity rating in the 70s.

Russian media do run TV series on older heroes but of relevance here is the 2011 eighteen part documentary series on the war with Germany in 1940-45, called Soviet Storm. This is available with English translation on Youtube. Of particular relevance is the Battle of Kursk episode 9, and the liberation of Ukraine, episode 10. Ukraine was then one of the republics members of the Union of Soviet Socialist Republics (USSR). This was the last time Russian forces were involved militarily with Ukraine. The statements of Russian leaders about now liberating Ukraine from fascist leaders and soldiers need to be read in this context. Statements out of Kiev that there are no fascists in Ukraine are baloney, not only as regards individuals but also the repressive measures including shutting down and arresting media and opposition parties.

There is hectic media attention to the pressure on Germany to allow a few of its Leopard 2 tanks to be given to Ukraine by countries that have bought them from Germany. This is the case as articulated by the ‘foreign ministry’ of the European Union. The article provides background but, in light of this, Sun Tzu’s eighteenth point above could be amended by adding the words “self-deception and fantasy.” It does make clear Ukraine’s underlying logistical problem: its stores and those of neighbouring former Soviet bloc countries of Soviet era weapons have been used up. They are gone. It is a leap in every mental and physical way for Ukraine to shift to NATO standardised weapons, pouring into the country. Quite a lot has reportedly gone to the black market. We can only speculate about non-state destinations (and intelligence gathering by other states).

This wikipedia article presents a history of the armed forces of Ukraine which makes clear their rudimentary state, not least in contrast to the hefty size and power of the secret police.

While there is pressure on Germany to allow Leopard 2 tanks there is no such mob baying at the US to provide its Abrams tank, somewhat equivalent to the Leopard 2. The US is saying no to supply of Abrams, and is sensibly urging Ukraine to lean first on the substantial array of lesser armour being provided.

The aura of tanks comes especially from the war between the USSR and Germany, notably the Battle of Kursk in which some 6000 tanks were engaged. Yes these are different times, but…

One of the terms entering discussion of NATO war experience is “near peer’. That is to distinguish between fighting in the Middle East, Afghanistan and Africa, in contrast to a near peer or peer war with Russia. Germany is well aware that it lost a number of tanks to ISIS in Syria. American Abrams tanks have been defeated in the Middle East, but then deliberately destroyed if not possible to tow away. The US has no desire for Abrams to be exposed to peer battering.

There are differences in assessments of tank losses in this war. This is a very recent commentary on the imbalance with Ukraine’s tanks being Soviet era while Russians have newer tanks. There is also in the mental space of Sun Tzu 18-20 whether Russia has been sneaking T14 Armata tanks into the battlespace.

The British Army is supplying fourteen Challenger 2 tanks surplus to its own requirements. There will be many weeks of operational training, a very long period for high command understanding of best utilisation of these tanks. Apart from working out how to get 65 tonne tanks and their supplies from one side of Ukraine to the other.

As I write Boris Johnson is in Kiev, again. Most notoriously on his first visit in April 2022 he got Ukraine to withdraw with what seemed constructive talks with Russia in Turkey. I note that a participant in the first round of negotiations with Russia, hosted by Belarus, was wiped out by the Ukrainian secret police… an unattractive career path. Episodes 9 and 10 of Soviet Storm [link above] are full of high command direction and career path issues during the Battle of Kursk and the encirclement of Kiev. 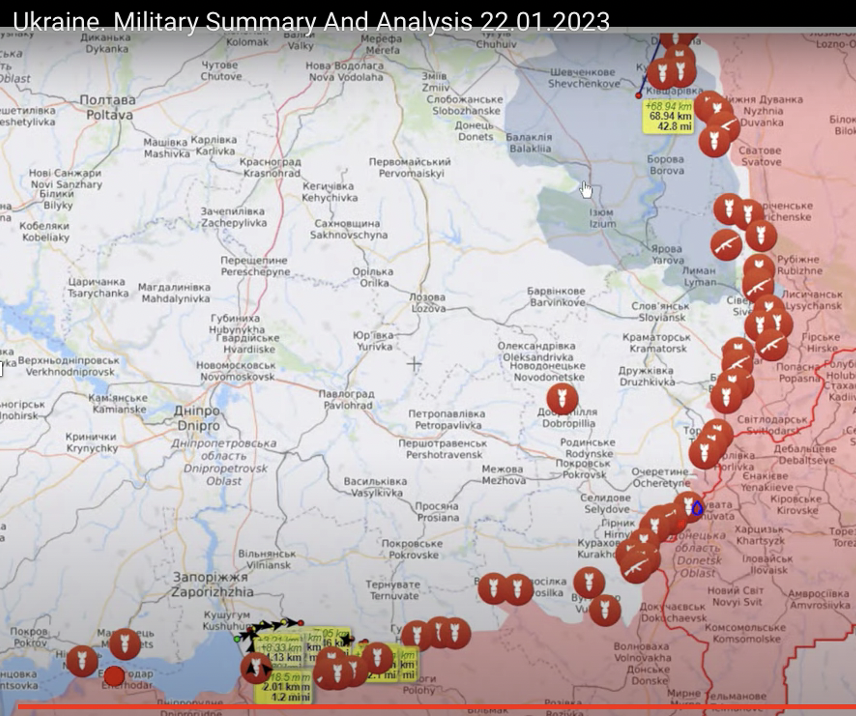 I teeter towards complicated discussion. There is very recent speculation about whether the Russians plan to advance towards a line from Zaporizhzhia in the south to Izium in the north.

But do go back to my quotes from Sun Tzu and avoid conclusions other than that:

[2]: Boris Johnson probably will not join one of the foreign legion units fighting in Ukraine.