Ukraine crisis is a pivotal moment in history — for the US, not Russia 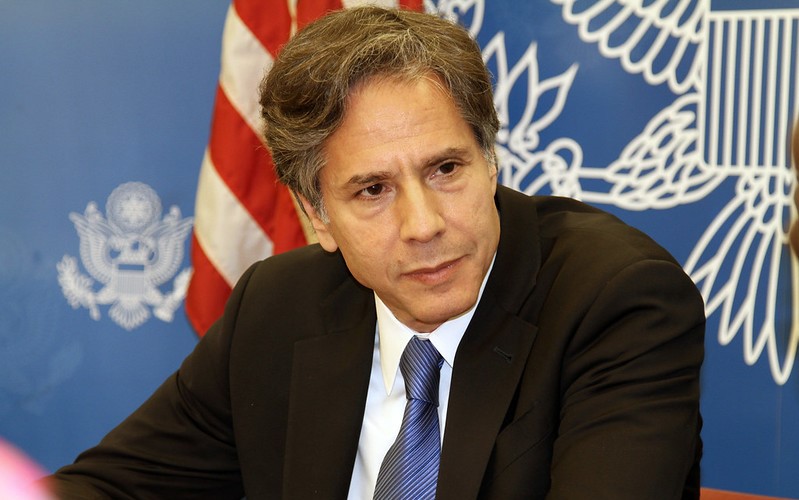 While the media focus on the Russian ‘invasion’ narrative, we are actually witnessing the end to Washington’s unipolar moment.

Coverage of the Ukraine ‘crisis’ by both Australian media and politicians highlights that we, and the broader Western world, have become addicted to our own propaganda. It confirms that the mainstream media have become little more than narrative managers. Of most concern is that the internalisation of this propaganda effectively limits the ability of the Western powers to resolve the ‘crisis’ without conflict or much more likely humiliation. That humiliation will come about in the formal recognition that the US unipolar moment has ended.

There is a common trend in the daily torrent of articles and commentary on the ‘crisis.’ The trend is a concerning one, namely leaving out key historical background and current context.

A reading of media articles would suggest that the history of the Ukraine crisis started with a Russian ‘invasion’ of the Crimea and the Donbass. For example, the ABC in an explainer article described it thus:

This is a typically gross simplification of what occurred. Yanukovych was ousted in a violent coup, fleeing for his life. The coup was the culmination of escalating violent protests after Yanukovych decided to withdraw from an Association Agreement with the European Union; an agreement that would have harmed Ukraine’s already struggling economy. While many of the protesters were peaceful, a sizeable portion of the post-coup government, and the protesters who brought it to power, were fascists.

The United States supported this coup. From the five billion dollars invested in ‘democracy building measures,’ to American politicians such as Victoria Nuland and John McCain handing out cookies to protesters in the Maidan, and Nuland’s infamous ‘F*** the EU’  conversation when discussing who would be the new Ukrainian President, it is clear that the US was intimately involved in the coup. A conclusion supported by STRATFORs George Friedman who stated in a 2014 interview:

‘Russia calls the events of the beginning of the year a US-organised coup d’état. And it really was the most overt coup d’état in history.‘

In 2010, and not without controversy on the Ukrainian side, the Kharkiv Pact was signed with Russia, extending Russia’s lease on its Black Sea Fleet naval base in the Crimea, and the thousands of troops stationed there, until 2042. The vehemently anti-Russian post-coup government given the opportunity would have cancelled this agreement, and even worse from Russia’s perspective likely invited US and NATO forces onto the Crimean Peninsula. Clearly an unacceptable development for Russia. The annexation of the Crimea was a direct result.

The original sin was the coup, but this has been disappeared down the media memory hole, enabling a narrative of Russian ‘aggression’ to be fostered where a more accurate assessment is that Russia responded to what it considered to be a potentially existential threat to its security.

The second major omission from media coverage is the 2015 Minsk Agreements. The Minsk Agreements were unanimously adopted by the United Nations Security Council (Resolution 2202). While imperfect they provided for a pathway for a political resolution of the crisis. The Ukrainian government has made virtually no progress on the implementation of this agreement.

A major reason for this is the power that, as reported in The Age in 2019, far right ultranationalists exercise on Ukrainian politics. While the cancellation of a former Australian Army soldier’s passport, on the basis that ‘he was preparing to fight with the notoriously neo-Nazi Azov Battalion in Ukraine‘ was newsworthy in August 2021, it is inexplicable how Australian media are now ignoring the role of fascist groups on Ukrainian politics. The Minsk Agreements offer a pathway to a peaceful resolution of the conflict, a position which Russia has consistently held. Yet the Western powers seem more interested in arming the Ukraine than pressuring it to meet its requirements under these agreements. Which poses the question, do the major Western powers want a peaceful resolution to the crisis?

Another consistent theme among media coverage is that the complete absence of any counter argument describing why Russia would not ‘invade’ the Ukraine. Retired Canadian intelligent analyst Patrick Armstrong, who specialised in the USSR, offers the following:

‘Ukraine is a decaying, impoverished, de-industrialised, divided, corrupt and decaying mess; Moscow does not want to take responsibility for the package. Moscow is fully aware that while its troops will be welcomed in many parts of Ukraine they will not be in others.’

Putin and his government are not stupid. An invasion of Ukraine would be costly from multiple perspectives and counterproductive. Yet our juvenile media coverage provides caricatures of Putin as the ‘heir to the legacy of Catherine the Great‘ seeking to recreate the Russian Empire or Soviet Union while ignoring or paying lip service to what Russia is actually seeking.

The Russian ‘invasion’ narrative appears to be a handy distraction from both domestic political issues (particularly in Washington, London and Canberra) and what is actually occurring. Russia is seeking legally binding security guarantees under its long-held principle of ‘security for one is security for all.’ The key issue from Russia’s perspective is the expansion of NATO (a well documented broken promise). Incorporation of Ukraine into NATO is a clear red line for Russia, a fact which should be obvious to both the United States and NATO.

Putin’s government has played its hand very shrewdly. The deployment of the Russian military within Russia’s borders (or potentially not) and a series of military exercises has created a panic in Western capitals (while also minimising the risk that Ukrainian President Zelensky will attempt to retake the Donbass/Crimea by force). It has exposed major differences between NATO members. For example, the Croatian President (Croatia is a NATO member) has indicated that Croatian troops would not be involved if the situation escalated and that the ‘ongoing crisis has nothing to do with Ukraine or Russia, it is connected with the dynamics of the US internal policy.’

While military options and sanctions have been floated as a response to any Russian aggression, as pointedly noted by Scott Ritter, ‘The toolbox is empty. Russia knows this. Biden knows this. Blinken knows this.’ The US and NATO cannot defeat Russia militarily without risking nuclear war. With the Ukraine not being a vital security interest to either the US or NATO it is clear Russia has escalation dominance.

The past eight years of sanctions have made Russia sanction proof; indeed, it has benefited Russia through its import substitution policies and growing partnership with China. There are no sanctions that the US or Europe can implement that will not have a greater impact upon those countries than Russia or create further divisions among the Western powers.

There will be a lot of bluff and bluster in the coming weeks and months. There will be a lot of talk about values and principles. But what we are actually witnessing is a pivotal moment in history. Not that you would know it from the media coverage. Russia will continue its strategy of tension, implementing yet to be specified ‘military-technical means’ until it gets the security guarantees that it seeks. Security guarantees that ultimately and ironically will benefit not only Russia, but Europe and the US as well. These security guarantees will also, formally, put an end to Washington’s unipolar moment.

Meanwhile, our media will dutifully continue to publish ‘explainers‘ that do more to mislead the public through the power of omission than inform. These will continue until either the narrative becomes so ridiculous that it can no longer be sustained, or another contrived or rejuvenated ‘threat’ becomes the order of the day.