Ukraine’s tragedy and its implications 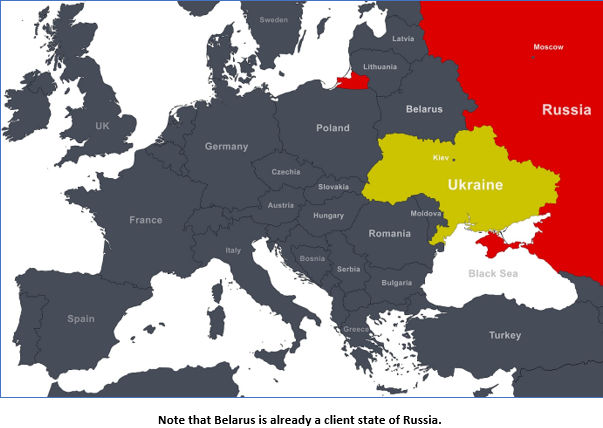 My observations (and worries) about the escalating war in Europe’s biggest breadbasket and largest country by area (after Russia).

Note that along with Belarus, Ukraine straddles most of Russia’s border with Eastern Europe which is now in the EU and NATO camps. 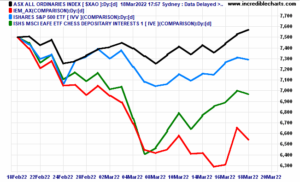 The bottom line
With Putin’s army incapable of fighting and winning a conventional war, he is likely to push on with his attack on civilians and cities. This raises the question of the Western response, with two scenarios most likely:
First, Ukrainians continue their brave resistance and the West limits its response to sanctions and military and civilian aid to avoid a direct conflict with Russia, or second, Ukraine and the West refuse to accept genocide and destruction of cities which results in a peace deal largely on Putin’s terms or a direct NATO confrontation with Russia. Perversely Australia stands to benefit financially and materially from this conflict unless it results in a wider war involving China. Let’s hope it does not come to that and that peace soon returns to Ukraine and its victims get justice.

Percy Allan AM is chair of the Evidence Based Policy Research Project. He is also a Visiting Professor at the Institute for Public Policy and Governance, University of Technology Sydney. He was formerly Secretary, NSW Treasury and Chair, NSW Premier’s Council on the Cost and Quality if Government.