United States and Russia: Dangerous export of democracy and dictatorship 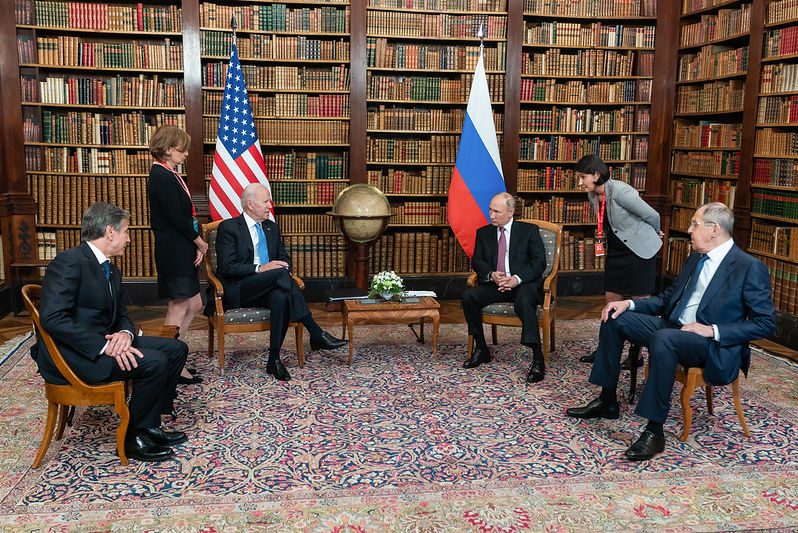 Earlier this month, the Department of State circulated to our embassies around the world its report on Russian efforts to sway elections and exert political influence in more than two dozen countries over the past ten years. According to the study, Russia has covertly given at least $300 million to political parties and politicians in order to “shape foreign political environments in Moscow’s favour.”

The State Department wants our embassies to share this information widely as part of the Biden administration’s Summit for Democracy and to ensure that governments are not complacent about the Russian threat. In calling attention to this study, the Washington Post editorialised that “democracies must stand guard.”

The policy and intelligence communities have substantial expertise in this area because the United States has been the global leader in election interference and regime change since the end of the Second World War. The strategic failures of the Central Intelligence Agency in this field are legendary. The classic case of CIA interference took place in Guatemala from 1952 to 1954, an operation codenamed PBSUCCESS. The congressional investigations of illegal CIA activities in the 1970s omitted the Guatemalan operation because it was such an embarrassment to the image of the United States and the Eisenhower administration.

President Dwight D. Eisenhower was also responsible for the strategic nightmare in Iran in 1953, when we paved the way for the accession of the Shah of Iran, and in the Congo, which led to the emergence of Joseph Mobutu, the worse tyrant in Africa’s history. In Iran, the CIA harassed religious figures, even bombed their homes, in order to turn them against the Mossadegh government. In the Congo, Eisenhower endorsed an assassination attempt against Patrice Lumumba in 1959 because of the latter’s socialist leanings.

As a result, dozens of U.S. embassies should think twice before informing their host governments of Russian influence operations because these governmental officials presumably have vivid memories of far worse U.S. and CIA covert operations that supported various criminal, dictatorial, or militarist organisations in their own countries. The White House endorsed CIA operations that tried to assassinate foreign leaders; sponsor guerrilla wars or insurgencies; or bankroll key members of political parties, such as the Christian Democratic Party in Italy or the Liberal Democratic Party in Japan. The list of targeted countries is a long one that includes Afghanistan, Albania, Angola, Bolivia, China, Cuba, the Dominican Republic, Georgia, Greece, Haiti, Hungary, Indonesia, Iraq, Laos, Malaysia, Nicaragua, North Korea, North Vietnam, Oman, Poland, Thailand, Tibet, Turkey, and Venezuela to name a few. We know little about the efforts of the United States to invest several billion dollars on influence operations in Ukraine and Georgia, including the promotion of anti-government riots, in the wake of the collapse of the Soviet Union.

Much of the covert activity stemmed from a putative belief in the domino theory that posited that, if one country in region came under the influence of communism, then the surrounding countries would follow suit. Again, it was President Eisenhower, referring to communism in Indochina, who described the “falling domino” theory as a “beginning of a disintegration that would have the most profound influences.” In 1954, Eisenhower warned that “if Vietnam were lost, or if Laos and Vietnam were lost, the dominoes would fall.”

The military-industrial complex had enormous success using the simplistic domino theory to exaggerate the threat to U.S. interests. The Pentagon was the initial source of the threat exaggeration, regularly overestimating the military capabilities of the Soviet Union and now China. The U.S. General Accounting Office concluded in 1992 that the exaggeration of the Soviet threat was used to justify the modernisation of U.S. strategic nuclear systems in the administrations of Carter, Reagan, and Bush. More recently, the importance of “counterinsurgency” and the tactics of “terror and extortion” have been similarly ridiculous battle cries. The mainstream media have largely echoed U.S. propaganda in this regard.

Political theorists and politicians are citing the combined Sino-Russian threat to justify another wasteful round of spending on strategic weaponry. The lead editorial in the New York Times on September 28 argued that the Biden administration is “endangering” the United States by not funding a military that can “adequately carry out our defence commitments, a dangerous posture for a great power.” In fact, the United States allocates more spending to defence than the rest of the world combined. The editorial argued that Congress was forced to increase the defence budget because the Biden administration has not issued a National Security Strategy, a boilerplate document that actually carries little weight in national security decision making. Congress typically asks for greater spending on defence than the White House or even the Pentagon deems sufficient because of a bipartisan agreement that views the defence budget as a jobs bill to bolster the economies of each and every state.

Democratic and Republican administrations have used false notions regarding a domino theory to justify various covert actions, including political assassination and regime change. The Truman administration used the domino theory to justify aid to Greece and Turkey. The chairman of the Senate Foreign Relations Committee, Arthur Vandenberg, told Truman that he would have to “scare the hell out of the American people” to get support for aiding Greece and Turkey.

Secretary of State Dean Acheson argued that “corruption of Greece would infect Iran and all [nations] to the east. Such corruption would also carry infection to Africa through Asia Minor and Egypt, and to Europe through Italy and France.” The domino theory was similarly used to justify U.S. involvement in Vietnam, although the North Vietnamese were conducting a nationalist revolution. American presidents regularly use Vandenberg’s scare tactics to bolster defence spending.

Most recently, the Pentagon used the domino theory to defend a continued military presence in Afghanistan, and to provide an obstacle to the efforts of the past three presidents to withdraw U.S. forces. Politicians and pundits are arguing that Russian success in Ukraine would enable the Kremlin to threaten Ukraine’s neighbours, even though it is obvious that Russian forces cannot even contend with the challenge of occupying Ukraine, let alone take on additional military challenges. Decades of political and military futility in Vietnam, Iraq, and Afghanistan have only worsened the atmosphere of fear and uncertainty in decision making circles that leads to the exaggeration of the threat and the misuse of military and clandestine capabilities.

The United States and Russia are powers with self-serving ambitions, but their covert actions have produced more failures than successes. Even so-called short-term “successes” such as the coup in Iran have become long-term failures or liabilities. Clandestine Soviet activities in East Europe in the Cold War have created an East European membership for the North Atlantic Treaty Organisation that is passionately anti-Russian. U.S. covert action in Central America merely increased the violence in that region, bringing great embarrassment and substantial emigration to the United States.

“Whatsoever a man sowed, that shall he also reap.”

First published in COUNTERPUNCH on Oct 4 2022.