Universities can help Australia’s economic recovery, but that’s all at risk if the ‘job-ready graduates’ bill passes (The Conversation Sep 24, 2020)

Our universities actively helped with reconstruction after two world wars and supported recoveries in recent recessions. The Commonwealth Reconstruction Training Scheme of 1944 – 1951 was set up to offer academic training to men and women who had served with the Australian armed services during the second world war.

By 1953 nearly 95,000 ex-service men and women had completed their university and technical training courses. Historian Stuart Macintyre wrote that in 1949 students supported by this scheme “provided four of the country’s six Rhodes scholars … an agricultural scientist, a linguist, a historian and a theologian”.

Australia’s vocational education system has played a similar role. What we now call TAFE was central to post-war reconstruction in the 1920s and 1940s. In midst of the early 1980s recession, group training (ethical labour hire for apprenticeships) emerged to expand trade training.

Previous generations of Australians have bequeathed our nation with strong post-school education institutional legacies that can help with recovery from the current crisis. We can build on these legacies, or undermine them. The federal government is choosing the latter path.

Radical changes proposed by the Coalition government and currently before federal parliament in the form of the so-called “job-ready graduates” legislation, mean the future of universities in particular is in the balance.

The “job-ready graduates” bill is with a Senate Committee for inquiry, with the report due tomorrow, September 25. The bill was referred to the committee on September 3, with submissions closing on September 10. In that short period of time, the inquiry has received 277 submissions, many of which point out its many flaws.

The government says the package will create 100,000 new university places by 2030. In reality, the package wants universities to take 100,000 students by 2030 — at no extra cost to the Commonwealth. If the legislation is passed, The University of Sydney estimates universities will get around 6% less for each new student from 2021. It estimates on average, student fees will increase by 7% while average Commonwealth funding per student will fall by 15%. The value of the cut will likely grow over time in the absence of any additional public investment.

Analyst Mark Warburton has calculated the package will save the government more than A$700 million by the time it is fully in place in 2024.

Read more: The government would save $1 billion a year with proposed university reforms — but that’s not what it’s telling us

Education Minister Dan Tehan wants to encourage students to take what he describes as “job ready degrees” in fields such as science and engineering, by reducing their fees and doubling costs for some humanities courses. The University of Sydney estimates a funding cut of A$27 million for its science, engineering, medicine and health courses once the transition arrangements end in 2024. This is because the extra money paid by humanities students will not be enough to offset the reduced fees students will pay for the more “job-ready” courses, which are more expensive to deliver.

Read more: Humanities graduates earn more than those who study science and maths

And this is at a time of collapsing revenues from international students. The legislation will make a bad situation worse. It may entrench perverse incentives for universities to load up more students in the higher paying humanities courses — potentially graduating more students in the very fields the government wants to de-incentivise.

Australia’s tertiary education system needs an overhaul. The COVID-19 crisis has exposed the unsustainability of a university system based on falling public investment offset by increasing dependence on international student fees. Even before COVID, the deep flaws in Australia’s vocational education system were highlighted with the VET FEE-HELP debacle.

This is the end point of the small government, market-inspired post-school reforms that started in the late 1980s.

Another way is possible

Other leading nations are upgrading their tertiary education systems to help with recovery. For instance, the UK is bringing £100m of public funding forward to this academic year to help protect university research activities. It is also bringing an estimated £2.6b of tuition fee payments to help universities better manage financial risks.

And while our investment in research and development is below the OECD average, China is reportedly closing the innovation gap with the US — the country that spends the most on scientific research.

Read more: $7.6 billion and 11% of researchers: our estimate of how much Australian university research stands to lose by 2024

For 2021, the government should provide extra resources to support new Commonwealth Supported Places under current funding arrangements — not just increase student fees. This is, however, only a holding operation. Any long-term solution will require higher education reform, but also a rebalancing with, and upgrading of, vocational education.

Lessons from the crisis of the 1930s and recovery of the 1940s are helpful. Initially public funding to education was cut as part of the general deflationary policy stance of the time. The war experience — combined with the insights of Keynesian economics — established active government intervention could make a huge difference.

Thus came the Commonwealth Reconstruction Training Scheme, which helped ex-service men and women study the degree of their choice. Most also received a Commonwealth wage subsidy to help them find a way to work on completion.

Education was respected as having distinctive role to play in educating young Australians in a broad range of disciplines. It worked with other initiatives in industry, along with social and macroeconomic policy to create a better Australia.

It is now clear the 30-year experiments with markets and privatisation in post-school education have failed. At the heart of a modern approach needs to be renewed public investment in education institutions. This will involve working with interested businesses and community organisations committed and able to deliver quality education and research.

Out of the crises of the 1890s and 1940s Australia created quality, enduring legacies in post-school education. We now have a chance to upgrade these legacies to aid economic and social renewal. Let’s not waste this opportunity. 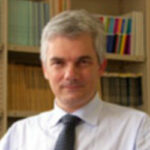