Universities’ wage theft as a business model must be stamped out 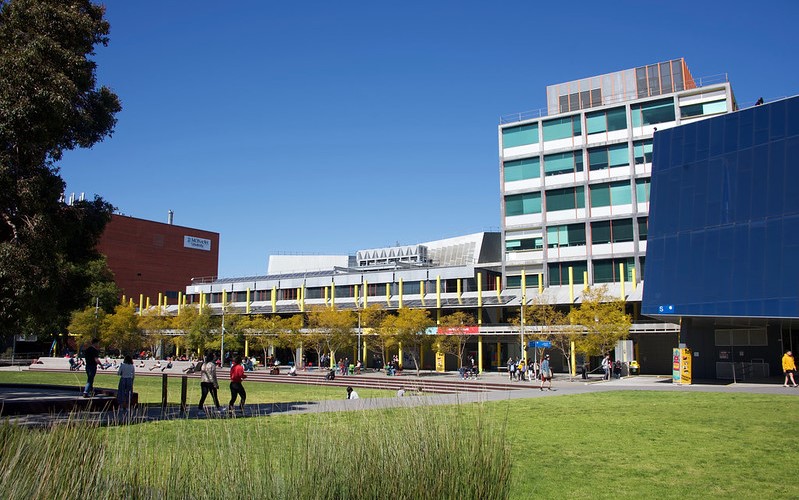 Up to 70 per cent of higher education employees have no secure employment. Many of them are also being underpaid. Fourteen universities are currently being investigated by the Fair Work Ombudsman for potentially underpaying their staff to the tune of tens of millions of dollars over the last decade.

No longer a “dirty little secret”, widespread wage theft is pervasive at Australian universities. Where this leaves the principles of honesty, integrity, transparency and collegiality that underlie academic research and teaching is a question more and more academics and students are asking.

It was a Thursday afternoon before a public holiday when a mysterious email from Monash University’s vice-chancellor popped into staff inboxes. It was entitled “Sharing the outcome of an important review”.

Emails like this are normally pretty boring. Perhaps Monash had won another prize in a prestigious competition. Or maybe the university had ascended another rung in the international university rankings.

But, no. The vice-chancellor of Australia’s largest university was admitting that she is responsible for governing a payroll system that had been systematically underpaying teachers’ wages.

Professor Margaret Gardner AC, one of Australia’s most experienced and highest-paid university bosses, began her email as follows: “Today I am sharing the outcome of a voluntary review of sessional tutorial payments at Monash University between 1 January 2014 and 30 June 2020.”

By the vicecChancellor’s own admission Monash University had been underpaying its teaching staff for more than six years. Between 2014 and 2020, the university had underpaid hundreds, perhaps thousands of casual teachers, to the tune of $8.6 million.

According to Gardner, it was all an unfortunate mistake. “While these errors were unintentional and represent a very small percentage of the total payments made to sessional staff throughout this period,” she wrote, “we recognise and acknowledge the inconvenience [sic] and concern this may have caused to those affected.”

But how does a $3 billion university, with a large staff of HR and payroll officers, and chaired by a board member of Rio Tinto and NAB, make $8.6 million worth of mistakes?

The wage theft scandal at Monash is as simple as it is calculated. Monash’s casual pay scale has a rate for teaching tutorials, which is $144 an hour, and a rate for what it calls “other required academic activity”, which is $48 an hour.

If tutors teach tutorials, Monash has to pay them at the tutorial rate. In recent years, however, Monash has started re-badging its tutorials as “laboratories”, “workshops”, “demonstrations”, “practical classes” — any name you like, as long as it is not a tutorial.

Suddenly, tutors were not teaching tutorials anymore. They were taking workshops, leading demonstrations, or leading laboratories.

This allowed Monash to pay casual teachers at the “other required academic activity” rate. At a stroke, large parts of the university’s workforce were being paid one-third of the rate they were previously paid. The National Tertiary Education Union (NTEU) has obtained emails instructing lecturers and unit coordinators not to use the word “tutorial” in any class materials. Many tutors who continued to submit their pay at the old rate had their payslips rejected. Only the most self-serving logic could possibly interpret these instructions as “unintentional”.

Such practices were widespread across many faculties, especially science and biomedicine. Classes that in one year were called tutorials became workshops the next. Tutors who were unhappy with the reduction in their pay could complain, but were told they did not have to take the job.

For well over a decade, Australia’s higher education institutions have been increasing their reliance on a large workforce of underemployed casuals to reduce their wages bills. Despite the glossy marketing campaigns, leafy campuses and architect-designed buildings, higher education has more in common with the gig economies of industries like hospitality and ride-sharing than its senior executives care to admit. For a lucky few, tutoring is a leg up to a full-time career in academia. For the majority, however, it is just another low-paid, insecure job.

Even those who are responsible for paying casual staff have drunk the management Kool-Aid. One professional staff member reputedly told a casual tutor last year: “If the uni paid you for the hours you actually worked, it would be out of business.”

The ultimate victims of wage theft are not just casual teachers, but students.

Lured into paying tens of thousands of dollars a year at high-ranking universities, many students expect to be taught by eminent professors who are leaders in their fields. Some still are, but most teaching at most universities is now done by casuals. The majority of these casuals are women who are not even paid to prepare for the classes they take, whether that be in neurobiology, contract law, social work or aerospace engineering.

Tutorial rates are designed to ensure that tutors have some paid time to prepare for their classes and mark assessments. A one-hour tutorial is meant to cover three hours of teaching work: one hour for the class, and two hours for preparation, marking and student consultation. But casual tutors paid at the “other” rate only receive a flat rate for hours in the classroom: they do not get paid to prepare for classes.

Systematic misrepresentation of the hours worked by casuals and other staff is another practice we have uncovered. This is another form of underpayment that can attract huge fines if regulators catch employers out.

Casuals have provided us with payslips that lump three days of teaching into a single day, and others that record 26 “units” (i.e. hours) of marking as having occurred on a single day: a physical impossibility. We are also aware of at least one instance in which a human resources department has just deleted accumulated time-in-lieu for professional staff at the end of 2020. “Line managers” at the same university have been telling professional staff to misrepresent their work hours on timesheets if they have to work on weekends or after regular office hours.

Presiding over these dubious practices is a class of senior managers who happen to be among the world’s highest-paid university bosses. VC Margaret Gardner takes home more than $1.3 million annually. Below her is a dense canopy of 22 deputy vice-chancellors, vice-provosts and deans, whose wages average around half-a-million dollars a year. It seems unlikely that any of these senior managers have had their salaries “unintentionally underpaid”.

Rather than imposing fines on the whole organisation for engaging in such behaviour, wage theft legislation makes individuals responsible. After all, imposing fines on universities for such transgressions simply provides their executives with more excuses to impose austerity measures on their staff and students. We have only to look to the recent behaviour of the University of Western Australia leadership to see how university executives react when their wrongdoing is publicly exposed.

It should therefore be obvious to even the most stalwart defender of corporate governance of Australia’s public universities that these were not a few “wayward entries” on the pay roster. With more than a quarter of Australia’s universities now implicated, wage theft is part of the business model of corporatised higher education in Australia.

We submit that the only way to stamp out these abuses is to impose democratic governance structures and independent prudential oversight on Australia’s higher education system.

Dr Adam Lucas is a senior lecturer in the Faculty of Humanities, Arts and Social Sciences at the University of Wollongong. Adam’s contemporary research focuses on energy policy responses to anthropogenic climate change and obstacles to a sustainable energy transition. 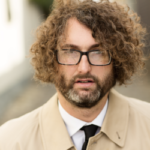 Ben Eltham is a writer, journalist and academic. He teaches in the School of Media, Film and Journalism at Monash University, where he is also the NTEU branch president.