Much of the controversy about the government’s university package, just announced, has centred on its impact on the arts and humanities. But the problems are much deeper, affecting other faculties and indeed universities’ viability.

An extra 39,000 university places over the period to 2023, under this latest package, sounds like a lot, especially as universities have lost over 60,000 international students.

Yet the overall package is meant to be ‘budget-neutral’. That would imply a cut in the government funding per student for universities. Universities lose over $3 billion from the pandemic’s effects on international enrolments, while appearing to gain nothing from government for taking on an extra 39,000 domestic students. Yet they do have to teach them.

Then there are other changes in areas like regional communities and a National Priorities and Industry Linkage Fund. Although the Minister says ‘we will be providing an additional $400 million over four years’ for the former and ‘a further $900 million’ for the latter, the words ‘additional’ and ‘further’ seem not to have their ordinary meaning, as all this is still in the context of a budget-neutral package.

Even the promise to reinstate indexation provides no new resources. It just forestalls one mechanism by which the real value of resources would fall automatically, and is very cheap when inflation is so low.

Some students will pay lower fees. Some, especially in the bigger programs in arts, commerce, law and hospitality, will pay more. Indeed, the government expects that 40% of all future students will pay more than students currently pay. It looks like those who pay more will pay a lot more — by between $3100 and $7700 per year. For those who pay less, the cuts seem more modest — between $55 and $6000 per year, but with many around the $2300 mark. On average, student fees will rise (not fall) by an average of $675 per student.

Overall, the cut in government contributions per student substantially shifts the burden of who pays. So the average student share goes up from 42% to 48% of course-related revenue to universities.

The maths works like this. The number of places goes up by about 6%. But government’s funding share goes down by 6 percentage points, which is about 10%. Government funding per student on average falls by even more — as much as 16%. So, total government spending on students’ courses drops by probably around 10%. This is how it pays for its ‘additional’ and ‘further’ spending announcements.

For universities, some, but not all, of the drop in government spending on courses will be made up by students paying more. The rest (that is, the net cut in resources of $1208 per student) will be borne by universities themselves.

As the fee policy applies at the course, and not the program, level, the rearrangement of fees will strongly discourage engineering, information technology (IT) and other science students from taking courses in business, sociology or other areas that might broaden their horizons.

He strangely claimed that, until now, ‘engineers and scientists have been subsidising arts graduates’. Yet under the current arrangements, in humanities and English courses, students paid 52.2% of the total amount, whereas engineering & science students paid 33.5%. So if any cross-subsidisation was taking place, it was in the opposite direction to that claimed by the Minister.

The total resources to universities for each student would be cut in engineering, science, mathematics, society and culture, clinical psychology, communications, allied health, agriculture, environmental studies, medical science and education.

In many instances, these cuts are large. Resources to universities for medical science students are cut by 33%, for environmental studies by 30%, engineering by 17%, science by 17%, and mathematics by 17%. The Minister claims that he wants students to study these topics, but he is cutting government resources accessible by these students.

In six areas – medical science, engineering, science, environmental studies, clinical psychology, and allied health – there are cuts in both student contributions and government contributions. That is why the losses to universities in some faculties are quite large.

In total, this package does not provide new public resources to tertiary education. It demands that universities do more with less from the government, and hope to cover the gap through students and probably more pressure on staff.

It wants students to flock to universities to improve their job prospects when government reduces universities’ capacity to teach those students. Students will be worse off because many will pay more and many others will face poorer learning support, worse facilities or higher student to staff ratios.

Programs that specialise in encouraging critical thinking will be priced out of reach of many students, but programs that provide much of the knowledge that is allegedly essential for future prosperity will have resources withheld from them. This is not about rescuing universities or boosting education. It is about narrowing education, making it thinner and reshaped in the image of the Coalition.

This is not just an Arts and Humanities problem. It is a systemic problem for universities. 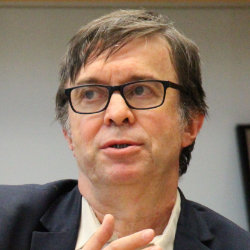