Recent actions from NSW Treasurer Dominic Perrottet would suggest an imminent reshuffle aimed squarely at the Premier’s office. Despite asserting she is not leaving in March, NSW Premier Gladys Berejiklian has been elbowed out of the way by her current Treasurer, who is behaving as if he has been sworn in as the State’s 46th Premier. 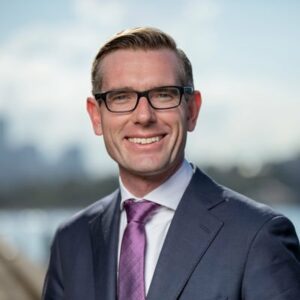 In the polls, Empress Gladys is still the preferred Premier, particularly among women voters, right-wing feminists and the upwardly mobile people called millennials. However, they don’t have a vote in the party room where the Premiership is decided.

Up until a year ago, Ms Berejiklian commanded around 80% of the vote of Coalition MPs. But today it has fallen to about 15%, and if she called for a confidence vote, the “No” votes and abstentions would be massive.

These embarrassingly poor numbers have persuaded Ms Berejiklian it is time to go. However, she wants her departure to be conducted on her own terms. Can she do it? Probably not. Senior politicians can only partially organise their exits, but their colleagues pull the lever of the trapdoor.

Keep in mind that politicians like taking the top job with a unanimous party room vote,  which means the current arm-twisting and backstabbing is all about “persuading” leadership contenders to stand down. This allows the new leader to declare at the first press conference, “I have the total support of all my colleagues. The vote was unanimous.”

Perrottet has fashioned a “dream ticket” to replace her; he has recruited Cabinet Minister Matt Kean as his running mate. As a piece of political architecture, it is dishonest, impractical and bound to fail. Perrottet is a right-wing politician with connections to the Roman Catholic sect known as Opus Dei, while Kean is a “wet” (moderate) Liberal, who believes in gay marriage, abortion reform and combatting climate change.

Dom and Matt won’t be a happy couple!

This week Perrottet has been glad-handing his way around Sydney doing what Premiers do – making major speeches on taxation, the economy, the arts, planning and infrastructure. For a man noted for grim reticence, it was a stellar performance. The SMH devoted almost two pages to his unfunded “thought bubbles”. It was written by Angus Thompson, “Urban affairs reporter”, whose future career will be followed with interest.

Speaking at a “Sydney Summit”, Perrottet laid out plans for Sydneysiders to “shun mediocrity” and embrace his dreams [delusions?] for “a world-class city”. He praised Paul Keating, former Labor PM and adviser to billionaire Frank Lowy, and Lucy Turnbull, wife of former Liberal PM Malcolm Turnbull, as visionaries for their plan to make Macquarie Street a “cultural precinct”. Perrottet wanted overseas students allowed back into NSW because, he claimed, they contributed $13.6 billion to the economy. The concept of an Asian student-led recovery is bizarre.

Ms Berejiklian and Mr Perrottet both have good reason to want a transfer of power.

In a clear sign that deck chairs are being re-arranged, Upper House president John Ajaka suddenly resigned from his $309,621-a-year job. His announcement was slipped out very late on a Friday afternoon and was therefore scarcely reported. It triggered a frenzied discussion among MPs about the imminence of regime change and Ms Berejikian’s departure.

As Ajaka’s parliamentary pension is calculated on his final salary, his golden handshake will be immensely richer by going now and not in the months ahead when he may be sacked and replaced and thus be reduced to an ordinary MP’s basic salary of $169,192. Does Ajaka prefer the gravy to the gruel? We shall see.

In late news, Ms Berejiklian is reported to be thinking of staying in office until mid-year to salvage some of her tarnished reputation. Dom, aka “Mr Pair-of-Tits”, will be furious with this turn of events: he doesn’t want any delay at all. Like Prince Charles, he’s waited long enough. 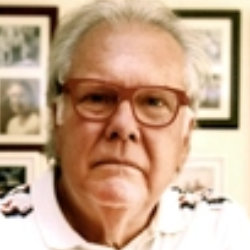