US-China tariff stoush fosters a protection racket. Australia is on the ‘hit list’ 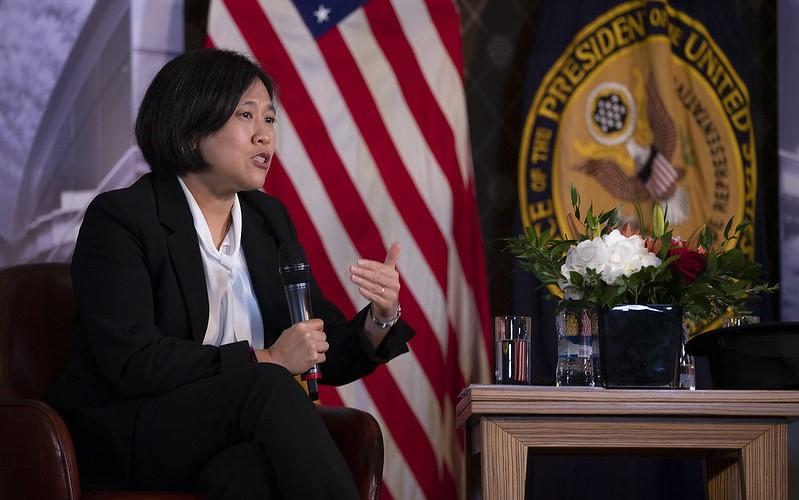 The wrecking ball Trump took to the global trading system is still swinging, with implications for Australian trade and even the survival of the WTO.

Putting bite into president Donald Trump’s disdain for trade deficits, the US administration, in violation of World Trade Organization (WTO) agreements, imposed a 25 per cent tariff on $US50 billion on Chinese imports, the first in a series of such tariffs during 2018 and 2019. China, also in violation of the WTO, immediately retaliated with tariffs on an equivalent value of US trade.

Had it waited for the WTO panel report, China could have imposed retaliatory tariffs with the support of 163 countries. With the tit-for-tat tariffs that followed, matters spiralled out of control and the US-China trade war was under way … outside the discipline of the WTO.

To contain the tariff spiral, the two countries negotiated the “Phase One” agreement, by which China committed to purchase between 2020 and 2021 an additional $200 billion of US products over 2017 levels.

This agreement was flawed from the start. China was obliged to direct its state-controlled entities to purchase fixed quantities of US imports irrespective of price, moving China further from the market-based economy sought by the US. It also meant diverting imports from longstanding suppliers including Australia.

The $200 billion goal for exports will not be met. With three months to the end of 2021, US exports to China were just 60 per cent of the final target. For agricultural goods, the figure was 82 per cent, 59 per cent for manufactured goods and 38 per cent for energy products.

The post-Trump US-China trade policy was outlined in a recent talk by Katherine Tai, the Biden-appointed US trade representative. The key elements: the Trump penalty tariffs will remain; the Trump Phase One agreement will be pursued more forcefully; and the US will work with “allies” on the China problem.

This is managed trade, pure and simple, and the antithesis of what the US has fought to avoid for seven decades.

The inherent contradiction of the Phase One strategy is clear. At the extreme, all China’s import commitments could be fulfilled by trade diversion from traditional trading partners — case in point, Australian barley.

In Tai’s presentation, she was asked: how could working with “allies” be consistent with the Phase One agreement? Her response: the “critical question” was not how to accommodate the concerns of “allies” but “whether the structure that we have is effective in addressing the interests we have as an economy”. Too bad for the “allies”.

A further feature of the Biden administration’s trade policy is to enforce its much touted “race to the top” of US (and EU) national standards. In other words, only import from countries that meet US environmental, labour and other social standards. Linking access to markets depending on whether the standards of the exporting country are met is anathema to most WTO members and is an infringement of national sovereignty.

Requiring that imports come from countries that meet the unilaterally determined labour standards, for example, has long been considered by most as protectionism behind a humanitarian mask.

As part of the “race to the top”, unilaterally determined measures also characterise carbon border adjustment schemes, which Biden describes as a “carbon adjustment fee against countries that are failing to meet their climate obligations”.

In the absence of a carbon tax or emissions trading scheme, Australia, presumably along with many others, will be on the “hit list”. These countries will strongly oppose in the WTO what Trade Minister Dan Tehan describes as “a new form of protectionism”.

So where does the WTO stand with respect to the Trump-Biden agenda and particularly with respect to US-China trade? A partial answer came in an awkward moment as the hour-long Tai presentation was breaking up.

No role had been proffered for the WTO and a note was passed from the floor to the moderator. He responded: “I forgot to ask it and it’s embarrassing that I forgot. What role does the WTO play in all this?”

The WTO, Tai said, was an inadequate tool for addressing US trade concerns and the US needed to “think outside of the box”.

Those looking for a US-led inclusive multilateral rules-based trading system to address today’s global problems ought not hold their breath.