Preventing trade wars is a key function of the World Trade Organisation (WTO) rule-based system. But as the United States (U.S.) and China wage the largest trade war in history, the WTO finds itself on the sidelines unable to stop the fight. This is seen by many as further proof that the WTO has become ineffective and toothless.

This view is reinforced by a recent WTO ruling: a complaint by China that U.S. penalty tariffs in response to China’s forced transfer of intellectual property is WTO illegal.

In the words of the Chief U.S. negotiator, Ambassador Lighthizer: “The WTO report confirms what the Trump Administration has been saying for four years:  The WTO is completely inadequate to stop China’s harmful technology practices …  the Trump Administration will not let China use the WTO to take advantage of American workers, businesses, farmers, and ranchers.”

While many share the U.S. concern relating to China and intellectual property theft, they also blame the U.S. for provoking the trade war by imposing WTO unauthorised penalty tariffs on Chinese imports. However, there is joint blame to be had.  The conflict would never have escalated had China adhered to WTO rules permitting the WTO to maintain control over the timing and scale of retaliatory measures, thereby preventing a trade dispute from escalating into a trade war.

The U.S.-China trade war started in July 2018, when the U.S. imposed a 25 per cent tariff on US$50 billion of Chinese imports, the first in a series of tariffs imposed during 2018 and 2019. China responded immediately with retaliatory tariffs on an equivalent value of U.S. trade. The U.S. announced a second round of penalty tariffs covering an additional $200 billion of Chinese imports.

With the tit for tat tariffs that followed, matters spiralled out of control.

After a request by China, a WTO panel was established in January 2019 to investigate the unilaterally imposed tariffs which it considered to breach of WTO rules.

Contrary to what may appear to be the “matter” under review in this dispute, it was not the forced transfer of intellectual property. It was Section 301 of the U.S. Trade Act; the national legislation reviled by most WTO members which authorises the President to impose retaliatory tariffs to address foreign government practices which the U.S. administration (unilaterally) considers to be “unreasonable or restrictive of U.S. commerce”. The WTO strictly prohibits unilateral retaliatory measure without WTO authorization.

Section 301 does not require WTO approval for unilateral U.S. actions. It was extensively employed in the Seventies and Eighties. Speaking bluntly, but with the support of others in the WTO Council for Trade in Goods, China recalled the unsavoury history of Section 301, condemned the U.S. for its “resurrection” as a violation of WTO law, and called on WTO Members to jointly “lock this beast [of Section 301 investigations] back into the cage of the WTO rules.”

It is precisely what China could have done if it had acted differently.

In making its case, the U.S. did not contest that its penalty tariffs were incompatible with its WTO obligations. It argued that the WTO agreements did not extend to “forced transfer of technology” so the case was outside the jurisdiction of the WTO. To cover is bets, however, the U.S. argued that if the Panel should investigate the penalty tariffs, the tariffs were in any event exempted from WTO disciplines via a provision permitting measures “necessary to protect public morals”. The forced technology transfers of China were in the view of the U.S. “unfair and immoral practices”.

By immediately imposing retaliatory tariffs, China made a huge mistake. By doing so, despite their well-known domestic irregularities, China has in large measure acted in accordance with WTO rules. But in their reaction to U.S. tariffs, China breached WTO obligations by failing to notify the WTO of its intentions to retaliate and then having retaliated.

This ensured a trade war outside of the control of the WTO.

Had China followed the WTO rules, as the recent panel ruling has indicated, the U.S. would have been found guilty on both counts of failing its notification obligations and imposing unauthorised tariffs. Had China respected its obligations, the current case shows China could have legally retaliated against the Section 301 tariffs within WTO law, and with the support of 162 other WTO members.

Following China’s retaliation, the U.S. counter-retaliated by imposing more Section 301 tariffs, eventually covering most of the Chinese imports. At this point, both the US and China were outside the WTO system and the U.S. China trade war was underway.

In an attempt to contain the now out of control spiral, the United States and China negotiated a bilateral “Phase-One” trade agreement (outside the WTO) which took effect in February 2020. The centrepiece of the agreement is a commitment of China to increase imports from the United States by $200 billion by the end of 2021.

To fulfill this huge purchase commitment, China will be obliged to direct its state-controlled entities to purchase fixed quantities of American products irrespective of prices. This involves violating China’s Accession Protocol requiring that “all state-owned and state-invested enterprises make purchases and sales based solely on commercial considerations”.  By expanding the role of state trading via the “Phase One” agreement, China is moving further from becoming a market-based economy. The antithesis of what the U.S. is seeking.

While this landmark ruling calls on Washington to withdraw its illegal tariffs against China, that will never happen. The Panel report will never be adopted. Should the U.S. choose to appeal its findings it would be appealing into a void. U.S. has rendered the WTO’s Appellate Body inoperable by blocking nominations and leaving it without a quorum to hear cases. There cannot be a final ruling.

What seems clear is that the U.S. will not abide by this ruling or any other that impedes the Trump administration’s trade agenda —particularly not against China.

The WTO is certainly in need of urgent reform. This can only be done by its member governments. Rules that are outdated should be updated and areas of importance for trade relations but not covered by WTO agreements should be addressed. Abusing the existing rules agreed on the basis of consensus is in no way helpful.

A Bloomberg article this month entitled “Does the WTO Matter Anymore?” summed up the author’s reaction to the recent WTO report rather succinctly: “The cold reality is that for all Trump’s bluster about withdrawing from the WTO, he may no longer need to do so: He’s already burned it down from the inside”. 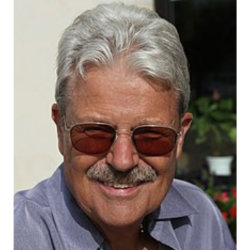