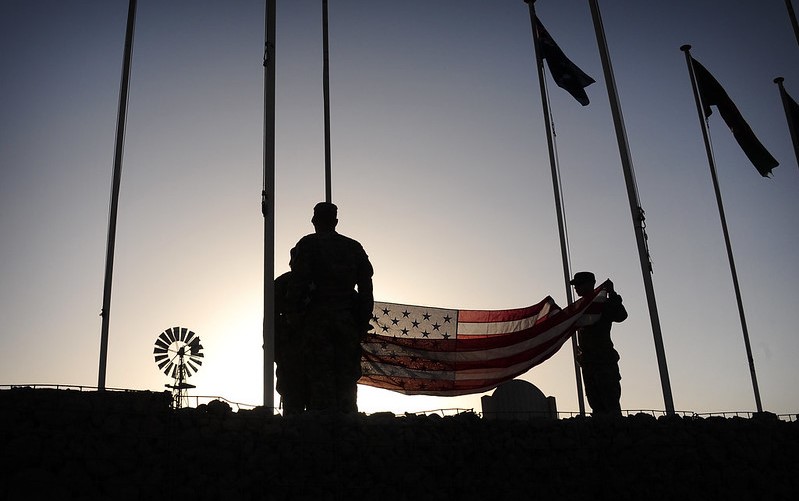 Despite the US's many war crimes, Australia continues to stand by its ally. (Image: Flickr/The US Army/Jessi Ann McCormick)

The United States should be treated as it treats other countries and be sanctioned for Afghanistan drone strikes.

The Pentagon has found there was no misconduct or negligence in a botched drone strike that killed seven children and three adult relatives as its forces withdrew from Kabul. A lesser misdeed from another country would have been cause for US sanctions.

For weeks, Zemerai Ahmadi and members of his family who were torn to shreds in a drone strike were branded terrorists during the last days of the United States’ disastrous military withdrawal from Kabul. Only a news expose forced the Pentagon to launch an “independent” investigation into the killings of Ahmadi, 37, a long-time employee of an American humanitarian group and nine family members, including seven children.

Now, having completed the probe conducted by the US military on its own operations, it’s been concluded that there was no misconduct or negligence.

Commenting, Air Force Lieutenant General Sami Said said: “I found that given the information they had and the analysis that they did — I understand they reached the wrong conclusion, but … was it reasonable to conclude what they concluded based on what they had? It was not unreasonable. It just turned out to be incorrect.”

Move on please, nothing more to see here.

A minor mishap in the grand tragedy of Afghanistan, the botched attack on August 29 and the subsequent US damage control nevertheless offers a sad commentary on Washington’s militarised foreign policy such as its “war on terror” and its frequent fatal consequences for innocent civilians in countries across the globe.

It came days after an Islamic State suicide bomber killed 13 US troops and 169 Afghans at Kabul’s international airport.

To stop another terrorist attack or deter an enemy, US forces ended up killing more innocent foreigners and worsening American security and credibility.

This pattern has been characteristic of much of US foreign policy and military operations in the past three-quarters of a century.

From the Middle East to Central Asia, the US has been responsible for the deaths of hundreds of thousands of civilians, displaced millions, destroyed or uprooted entire societies and communities, and caused some to descend into endless civil war and sectarian violence.

Five people died in the January 6 protests at the Capitol, followed by a massive domestic crackdown. Ten civilians were killed by mistake in Kabul. The whole world should follow the example of Washington — and sanction the US.