US promoting nuclear war anxiety to extend scope of government 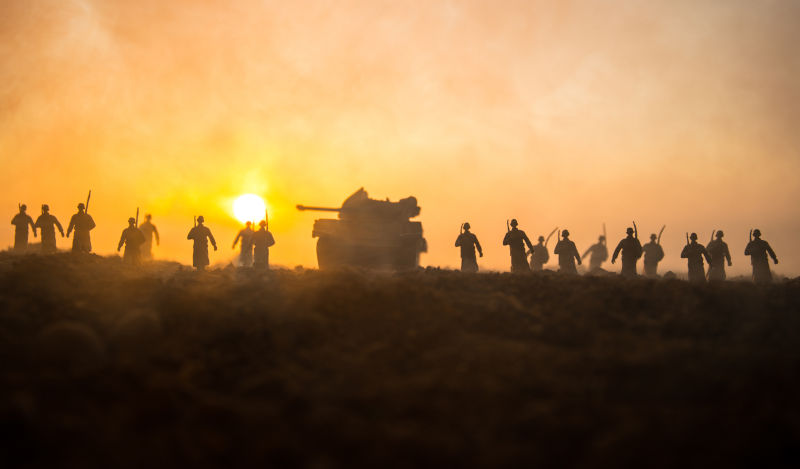 In the late 1960s I was a student at the University of California, Berkeley. It was a time of strong anti-war sentiment among students opposed the war in Vietnam.

Placards around the Berkeley campus read: “Make love, not war.” “No more wars.” Some suggested the war was fake. “What if they staged and war and nobody came?” read one often seen sign.

In 1968, the Tet Offensive in Vietnam convinced the American public that Washington was not winning the war and the Johnson administration had lied about it. At that juncture opponents of war and a meaningful portion of the general public wanted to get rid of Lyndon Johnson and did.

Meanwhile, citizens became vitiated by the belief spawned during the Eisenhower years that nuclear war between the U.S. and the Soviet Union would spell Armageddon and the end of human life on the planet.

An event in 1970 gave a new focus to this. Abbie Hoffman, a leftist advocate of drugs and a Nixon hater, and his girlfriend Grace Slick, who graduated from the same college as President Nixon’s daughter and got an invitation to a tea at the White House sent to Trish’s classmates, conjured up a plot: spike Nixon’s tea with LSD that would make him go berserk and push the nuclear button.

The duo was discovered before they could do their deed. Nevertheless, leftists everywhere plus those that feared nuclear war, and proponents of rational government, suggested Nixon should not have the authority to launch a nuclear war the Constitution apparently gave him. Some suggested the decision should belong to a group of ten or twenty sane people that included some not known to the public and did not live in the DC area to ensure they were not all kidnapped and forced to launch a nuclear holocaust.

I was for the idea and broached it to several of my friends in high places in the government. The reaction I got was that the U.S. intelligence community and the elite in the foreign policy making community had already thought of this and had probably implemented it.

I then engaged with intellectuals and government officials I knew about the decision-making process relating to strategic matters. We dissected what was known as contingency planning. This turned into discussing what the contingency plan should be for the ultimate scenario: One morning the U.S. military reported thousands of nuclear tipped missiles were in route from the Soviet Union soon to strike the U.S., which would destroy the country and likely kill everyone living in it.

It was deemed illogical for the U.S. to retaliate. Why risk an action that might result in exterminating everyone on earth? The answer was to do nothing and simply die. We could hope, and even expect (logically that is), the Soviet Union had the same contingency plan and thus this scenario would never happen.

A so-called fact of the history of war meanwhile helped resolve the conundrum. During the Cold War nuclear weapons were never used. Experts said a system cannot last if it is based on a weapon nobody employed. Indeed, talk about nuclear war dissipated.

Then, President Reagan and President Bush seemed to guarantee the demise of the nuclear war issues when they defeated the Soviet Union and negotiated a smooth termination of the Cold War.

America and the world were flabbergasted. Many were overcome with fear. There had not been a threat of a nuclear war since President Kennedy and the Cuba fiasco in 1962.

Yet, many observers did not take Biden seriously. Probably alone he could not launch a nuclear strike. That was presumably not in his purview given the logic of making it a collective decision not to mention the fact some Democrats in Congress earlier spoke of taking away Biden’s red button, if he had one. Few trusted Biden to do anything of any magnitude given his mental state.

So, it was left to the Democratic Party and/or the deep state to act. Their solution was to create anxiety about nuclear war, spawn a crisis, and extend the scope of government in the U.S. They sought to finally get rid of Donald Trump and his policies. Trump had called for an end of America’s pointless wars.

Further, a mid-term election was coming, and the Democratic Party could not be sanguine about the results. They needed a crisis. The coronavirus created one; but it was waning. Global warming was another; but many people feared the cost of gasoline and food more. Crime, an insecure border, inflation looked to help Republicans. Finally, minorities and independents were moving away from the Democrats.

Revisiting nuclear war seemed a solution. But was it credible and would it win public support?

President Biden spoke of Armageddon to scare Americans. He apparently overreached. He did not mention deterrence or balancing that had long been a solution to the U.S.- Soviet nuclear standoff. Nor did he moderate his rhetoric or pursue negotiations. He wanted to create distress.

At that point something came to mind: What if President Biden staged a war and nobody came?