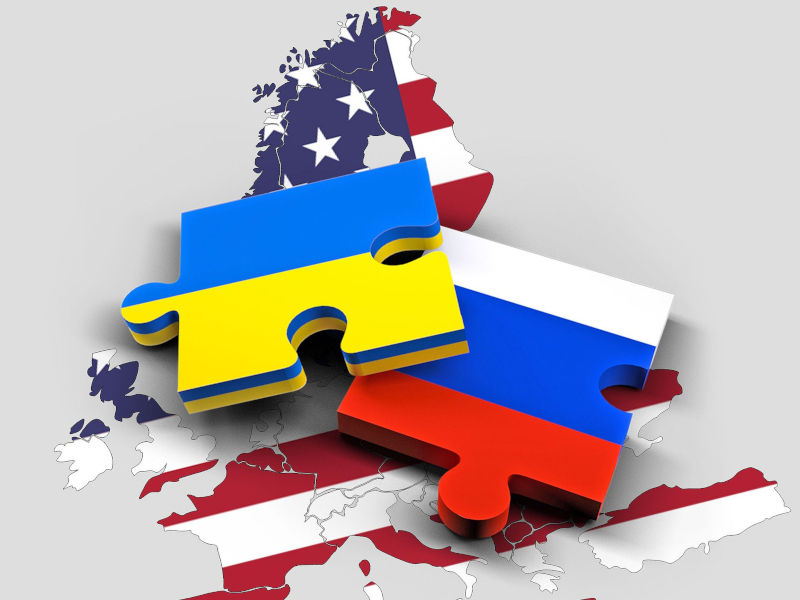 Ukraine is the latest and most blatant US proxy war. Image: Pixabay

The New York Times’s international affairs columnist Thomas Friedman is arguably the most influential editorial writer in the country. Last week, his editorial aptly warned the Biden administration of the “huge unintended consequences” of its unplanned and impromptu remarks regarding Russian President Vladimir Putin and the savagery of his tactics in Ukraine.

Russian political culture over the years has indulged conspiracy myths to avoid responsibility for the worst decisions and actions of the Kremlin and to tar adversaries with blame for Russia’s failures. The Russian invasion of Ukraine is no exception to this pattern, with Putin weaponising conspiracy myths to hide the horrors of the invasion of Ukraine from the Russian public. Central to these myths has been charging the United States and Ukraine with preparing biological weapons to use against Russia. But the myth with the greatest impact on the Russian public is Putin’s charge that the United States and NATO have turned Ukraine into an armed camp in order to carve up Russian territory. Putin’s objective is to convince Russian public opinion that the United States is responsible for the war with Ukraine and represents an “existential threat” to Russia itself.

There is no way of knowing whether Putin himself believes these myths, but official U.S. statements as well as U.S. leaks to the mainstream media will help these myths gain ground in Russia as well as in foreign nations. President Biden himself has assisted Russia’s information warfare with charges of Russian war crimes and even Russian genocide in Ukraine. Biden’s emotional declaration that “For god’s sake, this man cannot remain in power” presumably alarmed an international audience familiar with the U.S. history of regime change and political assassination.

The unplanned and impromptu remarks of Secretary of Defense Lloyd Austin have been particularly unhelpful to U.S. efforts to hold together the transatlantic alliance. In Poland last week, Austin declared that U.S. war aims were not limited to restoring Ukrainian sovereignty, but to produce a “weakened” Russia that “can’t do the kinds of things that it has done in invading Ukraine.” Austin added that Russia cannot have that kind of capability or be allowed to “quickly reproduce that capability.” Austin repeated these remarks at a conference he hosted in Germany, where he seemed to speak for the nearly 30 nations in attendance.

Many international players have no interest in a wider war in Central Europe, particularly with a nuclear-armed Russia. West European officials are particularly concerned that the United States is changing its war aims from Ukraine to Russia. An authoritative French defence analyst remarked that there is a sense in Europe that the “United States is dragging everyone into a different war.” The Europeans support increased assistance for Ukraine’s war effort, but are not willing to wage a war against Russia as part of this effort. The Turkish foreign minister recently complained that some NATO allies actually “want the war to continue. They want Russia to become weaker.” Presumably many of the nations that are sitting out this war are fearful of U.S. war aims and U.S. misuse of military force since the dissolution of the Soviet Union in 1991.

U.S. boasting about its intelligence sharing with Ukraine is particularly reprehensible, with Washington taking credit for assisting the sinking of the Moskva, the flagship of Russia’s Black Sea fleet in April. U.S. officials have stated that targeting data from U.S. intelligence were given to Ukraine only hours before the Ukrainian Neptune missiles were launched. The same officials also took credit for providing early warning of Russia troop movements as well as the Russian battle plan for the Donbas region of eastern Ukraine. The most provocative U.S. statements take credit for intelligence that has enabled Ukraine to target and kill Russian generals. Both the Pentagon and the National Security Council seem to be involved in this aspect of information warfare in order to embarrass Vladimir Putin. My own view is that senior military leaders favour reminding Putin of the powers and professionalism of U.S. military forces.

The mainstream media suggest that U.S. intelligence support for Ukraine is unprecedented, but covert CIA support has been conducted for years to bolster allies and U.S. interests around the world. The British would have had far more difficulty in reclaiming the Falkland Islands in the early 1980s without U.S. intelligence and logistical support. CIA director William Casey secretly authorised the sharing of sensitive satellite photography with Iraq in its war against Iran in the 1980s to provide an added advantage to Saddam Hussein’s air war against Iran. We know a great deal about U.S. military assistance to Israel, but very little about the extensive sharing of vital intelligence materials at key junctures in Israeli crisis management.

At the very start of the war in February, President Joe Biden emphasised that “direct confrontation between NATO and Russia is World War III, something we must strive to prevent.” Now, the United States appears to be committed to ensuring that Russia can no longer carry out military aggression anywhere. Secretary of Defense Austin and his subordinates regularly brief congressional committees to emphasise that U.S. weapons are making the difference in the conflict.

In the past few weeks, Secretary of State Antony Blinken and Secretary of Defense Austin have traveled to Kiev; Speaker of the House Nancy Pelosi has led a Democratic congressional delegation as well; and late last week President Biden traveled to a Lockheed Martin plant in Alabama that is producing Javelin missiles for Ukraine. At the Javelin plant, Biden told the workers that Ukrainians “are making fools of the Russian military in many instances.”

These visits will not advance Ukraine’s objectives in defending itself from the Russian invasion, but they will contribute to bipartisan support for even greater defence spending, which is already bloated; a gratuitous worsening of relations with Russia, which compromises future strategic arms control and disarmament negotiations as well as the Iran nuclear accord; any nuclear accord with North Korea; and future efforts to deal with the climate and with Covid. Self-aggrandising U.S. statements and actions will also enhance Putin’s popularity at home for standing up to the United States.

If the United States want to be the exceptional power that Biden and others contend, then the Biden administration must do two very different things at once. On the one hand, it needs to quietly provide military aid to Ukraine. On the other hand, it needs to take steps to gain a cease fire in Ukraine; reduce bilateral tensions with Russia; and contend with the Sino-Russian relationship without creating greater conflicts in Eurasia and the East Asia. Ultimately, we are no more or less exceptional than any other nation on earth, but we do have more political and diplomatic tools to address and even counter the growing instability in the international arena.

Melvin A. Goodman is a senior fellow at the Center for International Policy and a professor of government at Johns Hopkins University. A former CIA analyst, Goodman is the author of Failure of Intelligence: The Decline and Fall of the CIA and National Insecurity: The Cost of American Militarism. and A Whistleblower at the CIA. His most recent books are “American Carnage: The Wars of Donald Trump” (Opus Publishing, 2019) and “Containing the National Security State” (Opus Publishing, 2021). Goodman is the national security columnist for counterpunch.org.

Original article from CounterPunch is re-published with permission