‘Uyghurs for sale’: a rigorous analysis or strategic disinformation? 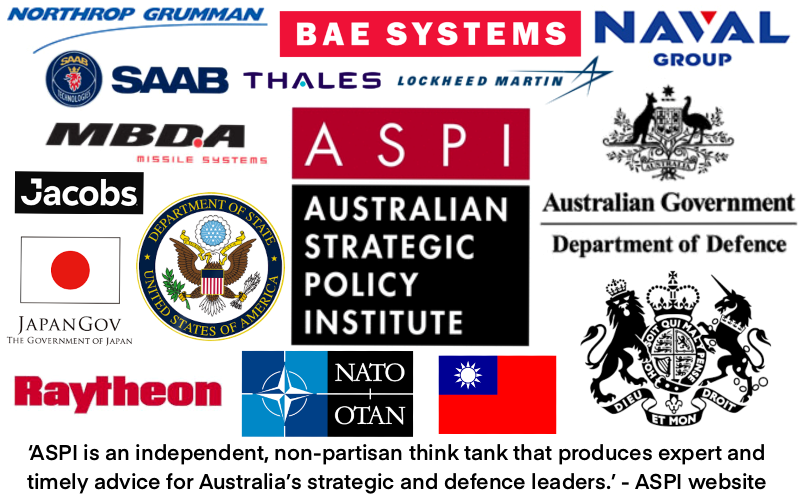 ASPI financial contributors.
A private citizen has debunked a think-tank’s claims of Uyghur forced labour. Media, human rights organisations and universities were MIA. Why?
In early 2020, the Australian Strategic Policy Institute Limited (ASPI) made international headlines with the claim it had uncovered a systematic forced labour program taking place in China’s factories; a heinous crime orchestrated by the Chinese government against the Uyghur ethnic group from the province of Xinjiang. ASPI’s report – Uyghurs for sale: ‘Re-education’, forced labour and surveillance beyond Xinjiang – resulted in the tarnishing of many Chinese and transnational companies for their human rights abuses, as well as freeing many Uyghurs from their shackles of forced labour. An outcome to be celebrated … or so it would seem.

Unfortunately for everyone involved, it turns out ASPI was incorrect. I uncovered this little-known fact when I undertook an in-depth analysis of the ASPI report last year. I published my findings last week. The importance of my paper cannot be overstated, as immodest as that sounds. My paper is the only analysis of the ASPI report from an international law perspective, and the only one to systematically and clinically break down ASPI’s claims into bite-size pieces to make them comprehendible to the lay reader.

In doing so, I focused on ASPI’s six case studies it put forward as evidence of forced Uyghur labour. Across the case studies, I identified 18 allegations. For each allegation, I ended up finding that they either lacked legal, meritorious or evidentiary substance.

To briefly summarise, the disinformation I identified in the ASPI report included:

Passing off unsubstantiated allegations of forced labour as factual and substantial has ultimately meant it’s the Uyghurs who have suffered (an already economically disadvantaged ethnic group). You see, under international human rights law, every individual is entitled to enjoy the right to work and the right to access work-training programs; but not the Uyghurs, it would seem. When your ethnic group has the misfortune of being used by Western powerbrokers in a game of geopolitical one-upmanship, your group’s human rights can be up for the taking; especially when the game is rigged.

What ASPI may not want you to know is that, as a Commonwealth company, it has a responsibility under international soft law to respect human rights, both intra-territorially and extra-territorially. This means that ASPI was never allowed to adversely impact the work rights of the Uyghurs by falsely claiming they were ‘forced labour’, knowing, at least constructively, that this would mean employment losses in reputation-sensitive companies. The soft law I am referring to is the United Nations Guiding Principles on Business and Human Rights (‘UN Guiding Principles’). I have argued in my paper that ASPI has breached the UN Guiding Principles, as well as the Australian government for not holding ASPI accountable for its breach.

In the end, it was a big shock to me that not one of ASPI’s specific claims of forced labour survived close scrutiny. I thought at least a few would, given how passionately international and domestic human rights organisations and mainstream media outlets promoted the ASPI report and its lead author, Ms Vicky Xiuzhong Xu. Even more shocking for me is that nearly two years have passed since the ASPI report was released and not a single mainstream media outlet, human rights organisation or university published an investigative piece like mine. The fact that it was left to a lone private citizen with no institutional backing or protection shows there are serious shortcomings within these three institutions. When the dust settles, I would like to know how this happened.

Of course, I have paid a price for daring to unmask ASPI (an armaments-industry-sponsored think tank that is mandated under its charter to work on defence and strategic policy issues, not human rights issues). What seemed like a pre-emptive strike against me was made by The Australian newspaper last year while I was working on my paper; and the victimisation has continued since publication of my paper. In case you’re curious, the line they’ve concocted is that I’m a Chinese Communist Party computer hacker who helps incarcerate Uyghur mums in concentration camps. In an era where the Western media gets a free pass on imagined subversions, conspiracy-hunting and ratchet-up charges against non-combatants for anything remotely related to China, I never stood a chance.

But, separate to me, my paper does stand a chance of being considered seriously by legal practitioners and legal scholars around the world; and that’s why ASPI should be scared. Ultimately, the affected Uyghurs just may have a chance at launching a class action against ASPI under tort law and bring ASPI to its knees.

This is not the end of my project; there’s more planned. I would like to carry out a legal analysis of Australian media companies breaching their own responsibilities under the UN Guiding Principles by aiding and abetting ASPI. I would also like to conduct a field study in China so I can show ASPI the whites of the eyes of the Uyghurs they have harmed.

The project I’ve embarked on is a lot to take on for one person. I hope subscribers of Pearls & Irritations can support me. Reading my paper is a good place to start.