The shock of dealing with the realities of the coronavirus pandemic has  forced our prime minister to realise that schools are fundamental to our democracy and that teachers are on the front line of society and should be valued accordingly.

As a result, his words have marked a welcome change from the previous rhetoric of Coalition governments in Canberra. Their indifference during the Fraser years to public schools and the teachers who work in them turned to hostility during the Howard era.

The pandemic brings to mind the counsel from the book of Ecclesiastes that there is ‘a time to embrace and a time to refrain from embracing’. While refraining from embracing and from many other normal activities, I’ve found myself with the time to think about those teachers.

When I think about the 1980s from my perspective as a then member of the Schools Commission, I recall that they were dispiriting times for teachers. Although we had a better educated teaching force than had existed for our parents or grandparents, we seemed vaguely dissatisfied. Regular reports on teacher education were commissioned and routinely ignored.

It was a time when the Australian community seemed to be saying to our teachers ‘’we don’t know what it is that you should be teaching and we can’t be really be bothered to give the matter much thought anyway, but when we see what you are doing, we somehow know this isn’t it”. Since that time there have been advances. While you might say it was the least we could do, we have taken the bother to develop national teaching standards and these, along with curriculum standards, provide a useful point of reference for the profession itself and the general public, so long as they are not used as a straitjacket.

It is hard to believe that it has taken a global pandemic to waken some leaders and sections of the general community to the fact that teachers are on the ‘front line’. How could it have been otherwise, given the fact that schooling is one of our society’s few universal and compulsory activities? The ongoing shocks and ripples that affect families tend to find their way in schools. I am always bemused when people argue that many teachers lack “real life” experience. If you want to see real life up close and on a daily basis, work in a school!

Teachers and principals were on the front line when the AIDS epidemic reached Australia in the 1980s. They are on the front line every year through the worst flu months. There are few of us who, as parents, could say we have never decided when it suited us, to send a child to school when they were off colour and possibly contagious, with scant regard for the effect on their teachers (or fellow students).

The UN Convention on the Rights of the Child states that in all actions concerning children the best interests of the child shall be a primary consideration. Most of us would probably consider that it should be the primary consideration. During the current pandemic, our prime minister has recognised the place of schools in the economy, and of teachers standing ‘in loco parentis’ while adults are at work. But he has gone to great lengths to emphasise that children have a right to education, and that learning delayed is all too often learning denied.

Teaching is a highly intellectual endeavour. It takes brains to work out how to coax young people to abandon the many things that attract their immediate interest and to turn their hearts and minds to acquiring the knowledge and skills that wiser heads know will benefit them throughout their lives. It could be an almost boringly repetitive task but for the fact that the daily routine is constantly interrupted.

Good teachers are lifelong learners. I recall the time when I was having a coffee with a very dear friend when I could see she was dying to tell me something. I assumed it would be a piece of juicy gossip. Instead she looked at me and said: “I’ve had a great week, you know. I’ve really worked out how to teach climate to Year 8”. This was a woman well into her fifties who had spent all her adult life teaching history and geography. And she probably had to vary those lessons for the next Year 8, because the engagement between teachers and students is that specific.

Teachers teach down the generations. For example, I’ve been thinking of the teachers who taught my mother in the years between World War 1 and the Depression. Like so many women of that generation, she grew up in material poverty and left school at 14. But like so many of those women, she left school having had teachers who sent her into the world believing that she was smart – a “good writer”. And when, as parents, the chance came for their own children to have a full secondary schooling, they seized it eagerly.

For some children, schools are the only place where they are safe and secure and where they have the guidance and support of adults who behave rationally and responsibly – teachers.

I think of the wonderful education my grandchildren are experiencing in their suburban public schools, of the many kindnesses they experience from teachers. And of the patience that teachers must have invested in the regular live performances in these schools to find a way to include each and every child and yet to produce an event that is bearable for jaded parents to watch, or even a stunning event like the NSW School Spectacular. I think of the music teacher who has turned one tall, gangly youth in our family into a fine player of the French horn.

There is a wealth of research that confirms that what keeps teachers going is seeing their students learn. Which is just as well because their young students are generally not old enough to give them the kind of appreciative feedback which grateful adult clients often provide to their doctors, nurses and other professionals. I don’t recall ever acknowledging in any way the huge debt I owe to my own high school teachers who worked to keep me on task when my mother died several months before I was due to sit the old NSW Leaving Certificate.

Back to the book of Ecclesiastes: it also reminds us that there is” a time to keep silence, and a time to speak”.

The corona virus has highlighted the flaws and fault-lines in our education policies, the anomalies and the inequalities. It also provided cover recently for the easy passage through the national parliament of the Education Amendment Act, which can only serve to exacerbate these problems. But this is not the time to speak of these things. And, even if it were, there would be a need to keep a sense of proportion about the effect of these recent amendments. After all, the Act itself was already befouled with special deals, a repository for the bones governments have thrown over the years to insatiable and self-interested sectional interest groups. And it will have to wait until the time is right to express disbelief that amending the Act to expand ministerial discretion to create even more of such deals came so hard on the heels of the sports rorts affair. But this is a time to keep silent on such setbacks.

The global pandemic has reminded us that schools carry the weight of our fondest hopes and deepest fears for our children. This is a time for quiet reflection about the need to put behind us a time where children and their teachers have been used as pawns in an ugly game of wedge politics that exploited the flaws in our federal system of government at the expense of our overall educational performance as a nation and, in particular, of those students who are most dependent upon schools for their hopes of a constructive and rewarding future (and of their teachers).

The time will come to speak about building the bridge to the education system our students and their teachers deserve. Governments now provide funds equivalent to the total national salary bill for teachers across both public and private schools. We need a system where those funds are used for their proper purpose, to deliver the appropriate amount and quality of teaching across our whole school system according to such criteria as equity, efficiency, effectiveness, transparency and accountability.

When this crisis abates, we will find that there has never have been a time of greater need for a school system that gives all our children and young people an equal chance to gain the values, knowledge and skills to help them make rational and wise decisions collectively and in their private lives about how best to deal with the many problems that will confront the world they share.

Lyndsay Connors AO has held senior positions in education at both the national level and in NSW. In 2015, she was the co-author with Jim McMorrow of the report Imperatives in Schools Funding: Equity, sustainability and achievement, published by the Australian Council for Educational Research. 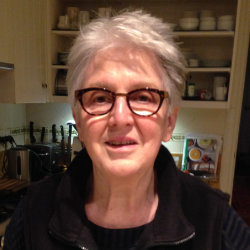