Vanguard behind the country’s achievements 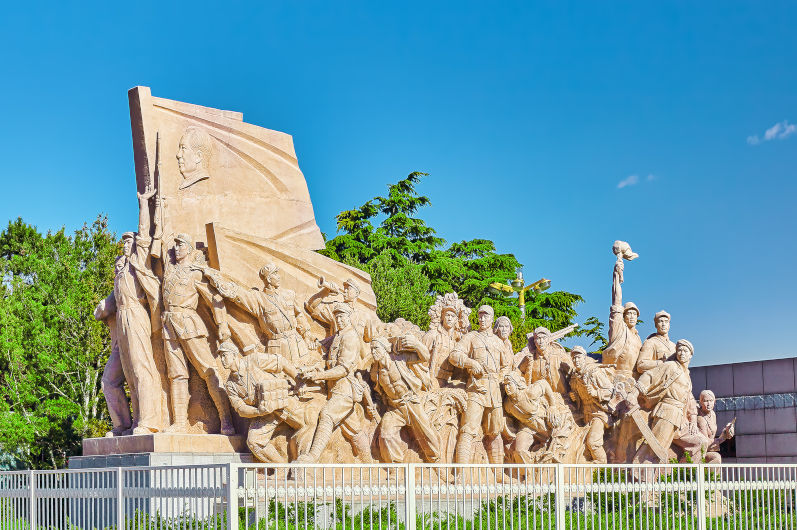 The past century has witnessed the Communist Party of China leading a revolution, founding the People’s Republic and relentlessly pursuing economic development and social change for the better. The Chinese people have changed their fate, made great contributions to humankind, and are now on way to realising national rejuvenation.

With its membership growing from just over 50 when it was established in 1921 to more than 96 million, the Party today is leading a country of more than 1.4 billion people and has become the world’s largest governing party with significant global influence.

As Xi Jinping, general secretary of the CPC Central Committee, addressed a ceremony marking the centenary of the founding of the Party on July 1, 2021, the image China presented to the world was one of a thriving country that is advancing toward national rejuvenation.

In its more than 100-year history, the Party has made extraordinary historic achievements on behalf of the people. Today, it is leading the people on a new journey toward realising the second centenary goal of developing China into a great modern socialist country that is prosperous, strong, democratic, culturally advanced, and beautiful.

Under the Party’s leadership, China has made milestone economic and social achievements, consolidated its position as the world’s second-largest economy and realised its first centenary goal of building a moderately prosperous society in all respects.

The Party’s governing principle is based on Marxism, and it has implemented scientific theories to develop the country and strengthen inner-Party democracy. A key reason why the Party has been able to fulfill enormous tasks, inconceivable for any other political force, is its adherence to Marxism. So upholding the Party’s scientific theories can further develop socialism with Chinese characteristics, and modernise China’s governance system and capacity.

However, it is also important to uphold the Party’s centralised and unified leadership, guarantee political stability, and ensure that the country follows the socialist path.

The Party has a materialistic worldview, and works for the betterment of the people. It views the people as the fundamental force behind the advance of history, regards itself as a tool for realising the people’s interests, and takes the mass line as the fundamental guideline for its work. Since its founding in 1921, the Party has always followed the people-first principle. In contrast to many Western political parties, the original aspiration and the mission of the CPC are to achieve national rejuvenation and bring happiness to the Chinese people.

The past decade has seen the Party making even more remarkable achievements in terms of improving people’s living standards, eradicating absolute poverty, strengthening the education system, and improving healthcare services and disease control.

The Party has fought to establish its leadership, and has been striving to consolidate the people’s support. One of the party’s valuable historical experiences is to follow an independent path. According to the “Resolution of the CPC Central Committee on the Major Achievements and Historical Experience of the Party over the Past Century” released last year, the Party has always followed an independent path, relied on its own efforts to drive forward the country’s development, and firmly believed that China’s affairs should be managed by the Chinese people.

No wonder China’s governance system, long derided in the West, has proved more effective in advancing the country’s development and offers more choices than Western democracy. Also, unlike developed countries which took several centuries to industrialise, China has completed the process in a matter of decades, achieving the twin miracles of rapid economic growth and enduring social stability, thanks to the Party’s leadership.

The CPC has always attached great importance to fostering high-caliber Party officials. With the CPC’s political guidelines clearly defined, how officials perform their duties makes a great difference to the overall performance of the Party.

The task of national governance hinges on having the right people for the job. Over the past hundred years, the CPC has always insisted that its members have both the integrity and the ability to deliver, giving priority to the former, and has appointed officials based on merit. Dismissing cronyism and clique culture, the Party has brought together people from different walks of life to fight for just causes and improve the well-being of all the Chinese people.

It has reformed the official selection system, in order to build a contingent of competent and professional Party officials who are honest and upright, firm in their ideals and conviction, willing to serve the people, diligent in their work, and ready to take on responsibilities.

The Party is capable of responding to the risks and challenges faced by China. It is also good at rectifying its mistakes and reforming, improving and purifying itself. It has no special interests of its own, nor does it represent any interest group. And it has always advanced people’s interests.

The world is undergoing unprecedented changes as China moves toward realising national rejuvenation. And the Party is prepared to meet the people’s needs for a better life and ensure the country can overcome any challenges and withstand any tests.

The author Song Xiongwei is a professor of politics and law at the Party School of the CPC Central Committee.