Peter Tait: Vote Independent? If that doesn’t work, then what? 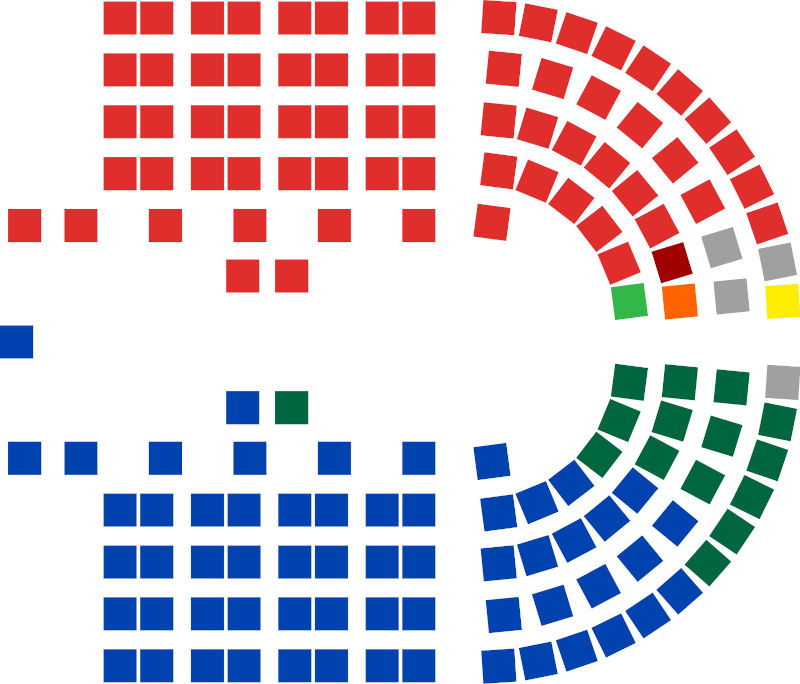 Breaking the two-party deadlock is the only way to ensure that parliament becomes a more co-operative place. Image: Wikimedia Commons

Voting independent needs careful preferencing. If your independent doesn’t get up (or you don’t have that option), you can try Active Democracy

The Australian public is unhappy with the way politics is not working in our nation. The Australian Democracy Network #OurDemocracy campaign’s National Integrity Survey confirmed over 90% of people surveyed wanted stronger integrity measures in place. 85% of Australians on the ABC Vote Compass think corruption is somewhat or very much a problem. Even 63% of Liberal voters agree.

Last November Hugh Mackay discussed how an influx of independents could change parliament for the better. He concluded “… breaking the two-party deadlock is the only way to ensure that parliament becomes a more co-operative place, with a greater openness to compromise, and a healthier attitude to the genuine contest of ideas, … Which leaves voters with only one strategy readily available for forcing the parliament to act differently … to elect more independent members.” Many other commentators think similarly.

The current community independents movement attests to this with many of these independents polling well. Of course, the poll on May 21 is the one that counts and so it will be interesting to see how many actually join the crossbenchers.

Using our preferential system is important. While the House of Representatives poll is relatively straightforward, making sure all boxes are numbered accurately is key. In the Senate using all preferences above or below the line is also critical. Modelling based on the recent by-election in Willoughby showed that the independent candidate may have got over the line on preference flows had all voters used the full scope of their preferences. As it is the Liberal candidate won. What this means for the Senate, is not to stop at the required six above or 12 below the line.

About 40 electorates have an electorate group (or two) and a few have emerging groups. That means about 100 don’t yet. The prevailing model based on the electorate of Indi copied by Zali Stegall and the Community Independents Project is focused on replacing under preforming (from the communities’ point of view) MPs; in this model the MP continues to work with their electorate community from parliament.

However an alternative model being proposed by Active Democracy Australia is to form an electorate group and to build a relationship with your current MP, using the principles that Indi has demonstrated. This will have several positive effects on democracy.

Second it will influence how political parties operate. It will, if you like, put selection pressure on political parties to take greater note of and engage more actively with community at the electorate level. This may play our in several ways such as limiting branch stacking, selecting candidates more likely to be acceptable to the voters and draw policy ideas from the community. It may work to weaken the undue influence of big donors (recognising other integrity measures to do this are also important).

Third it will create bridging infrastructure in communities that can be harnessed for other issues that communities will need to work together on across all levels of government.

This Active Democracy model is one mechanism to strengthen democracy by reinforcing the working relationship between people at a community level and their MPs. Regardless of how this year’s election turns out, such developments will be required ongoing to mend the fabric of democracy in Australia.

Peter Tait believes that good government is essential to protect and promote wellbeing and the public good. He is convener of the Canberra Alliance for Participatory Democracy.