Voter ID laws: a cynical assault on our democracy 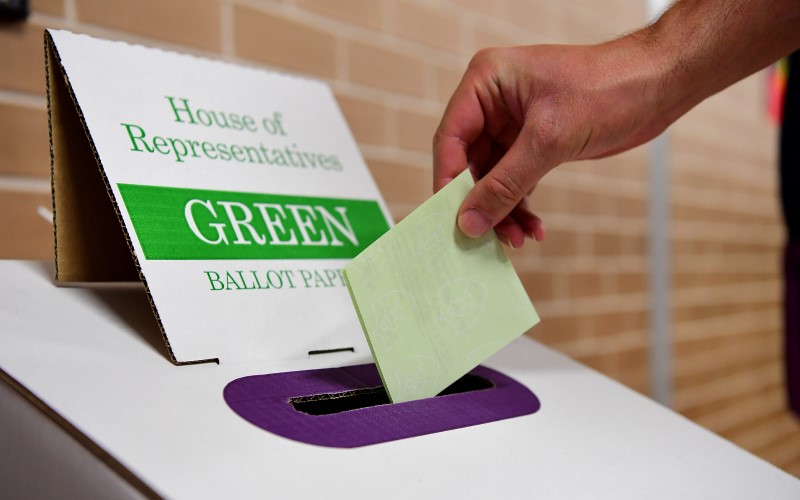 Electoral fraud is virtually non-existent in Australia, so the Morrison government’s voter identification legislation should be seen for what it is.

It’s been a very bad week for Scott Morrison and the Liberal Party “brand”. The charade of an inadequate, uncosted and unlegislated “plan” for zero carbon emissions by 2050 was followed by the global humiliation of French President Emmanuel Macron calling Morrison a liar; the credibility-defying ICAC appearance of former NSW Liberal premier Gladys Berejiklian; and Victorian Liberal MP Tim Smith crashing his car and returning a blood alcohol reading of nearly three times the legal limit, ending his political career as surely as Berejiklian has ended hers.

We’ve become accustomed to the serial incompetence, the rorts and Morrison’s flagrant political dishonesty emerging daily with mesmerising regularity. This is a government marked by a deadening inertia on the most pressing national and international issues — from climate change to pandemic management and international diplomacy — and enlivened instead by relentless self-interest, pork-barrelling and nepotism.

The prime minister has been prepared to turn a blind eye to his former attorney-general Christian Porter’s “blind trust”, to go slow on the vaccine roll-out because “it’s not a race” and to ignore calls for action on sexism and alleged sexual assault within the Coalition’s own ranks. And so it is quite remarkable to see the determination with which the government is pushing its “voter identification” legislation — to combat the chimera of voter fraud, which does not exist here.

Multiple voting in Australian elections is infinitesimal and invariably involves mental health issues or dementia, not electoral fraud. There were no prosecutions for any such fraud at the last election. The Australian Electoral Commission estimates that, at the 2019 election, the rate of multiple voting was 0.03 per cent, or 19 votes in total. Any supposed voter integrity problem does not exist, yet the Morrison government is intent on rushing through the Voter Integrity Bill before the next election. It is yet another example of this government’s political dishonesty. Even the title of the Bill is a sophistry — far from protecting voter integrity, this Bill undermines it. As Dr Lindy Edwards observed: “The government has prioritised this nonsense, but tells us they haven’t had time for a promised federal ICAC.”

Fiddling with the franchise: voter ID laws only affect the voiceless

We should not underestimate the danger “this nonsense” presents to our electoral system and the democratic process. Voter ID places a constraint on the right to vote. It is the thin edge of voter suppression, restricting the vote to those who have the “acceptable identification documentation” or who can find another person to attest to their identification — others can cast a declaration vote, which won’t be considered a valid vote until identification checks have been completed. Far from “improving public confidence about the integrity of ballot-issuing practices” as the Bill claims, it undermines it. By disallowing the votes of eligible voters who lack “acceptable identification” it disenfranchises voters, and it also contradicts and compromises a cornerstone of our electoral system: compulsory voting.

It is well known that voter ID laws adversely affect the vulnerable, who need its protection most. Those escaping domestic violence, the homeless, the itinerant, the young and the elderly — those who will not have or won’t be able to produce the required identification in order to exercise a vote that is theirs by right.

People who have had problematic interactions with authorities, Indigenous communities, refugees and racial minorities will be discouraged from voting. It is no coincidence that these demographic groups disproportionately support Labor. Warren Snowdon, the Labor member for Lingiari, an electorate with many remote Indigenous communities, said of the Bill: “It’s racist, it’s discriminatory, and it’s all about suppression. This is a farce, an absolute assault on our democracy.”

Voter identification will discourage even eligible voters with the required ID from voting, creating delays while papers are checked, forms completed, and people turned away as non-compliant with inevitable arguments and anger. It will add to the stress of AEC staff, increase the expense of elections and create needless mistrust of the electoral process, undermining the institutions which have served our democratic practice so well.

The Australian electoral system is recognised as equitable, transparent and fair, with a high degree of voter trust. The universality of the vote and compulsory voting are fundamental to its integrity and voter trust. Compulsory voting or, more accurately, compulsory attendance is central to the integrity of our electoral system. By encouraging full participation in the political process, it provides an important bulwark against the dominance of sectional interests over the democratic process. Its most important corollary is that every vote and every voter matters and that politicians therefore have to take account of the entire electorate, and not just those with financial and political leverage.

Compulsory voting ensures that everyone is engaged in the political process, even if only at the moment of voting, engendering trust in the electoral process and its outcome as equitable, representative and universal. This trust is sorely lacking in America for instance, where so few of the population actually vote, and the process is readily subsumed by sectional interests whose donations and political access dominate, invariably to the detriment of those who don’t vote.

Australian elections are won and lost in a handful of marginal seats and often by a handful of votes, and any constraint on voting will affect the outcome of elections, at times definitively. And this is where the most significant impact of the voter identification law may lie, in its impact on election outcomes rather than on the voting process. Voter ID requirements create a means of challenging an election result, not because the votes themselves are invalid but because the “acceptable identification” has not been supplied. This introduces the alarming Trumpist scenario of an election outcome being disputed and denied on the basis of invalid identification papers and rejected “declaration votes”.

This is a typically cynical political exercise from the Morrison government, one that fails at every level of its stated intention. Voter ID requirements would disenfranchise voters, cause delays and disharmony at the ballot box, and undermine the right to vote. The law would generate a distrust in our electoral system that we have not previously seen. The government needs the support of at least one crossbench senator for this legislation to pass. Senator Rex Patrick will not support it — “there is much greater priority in dealing with political integrity” — and so the votes of senators Jacqui Lambie and Stirling Griff will be decisive. It must be resisted at every opportunity.