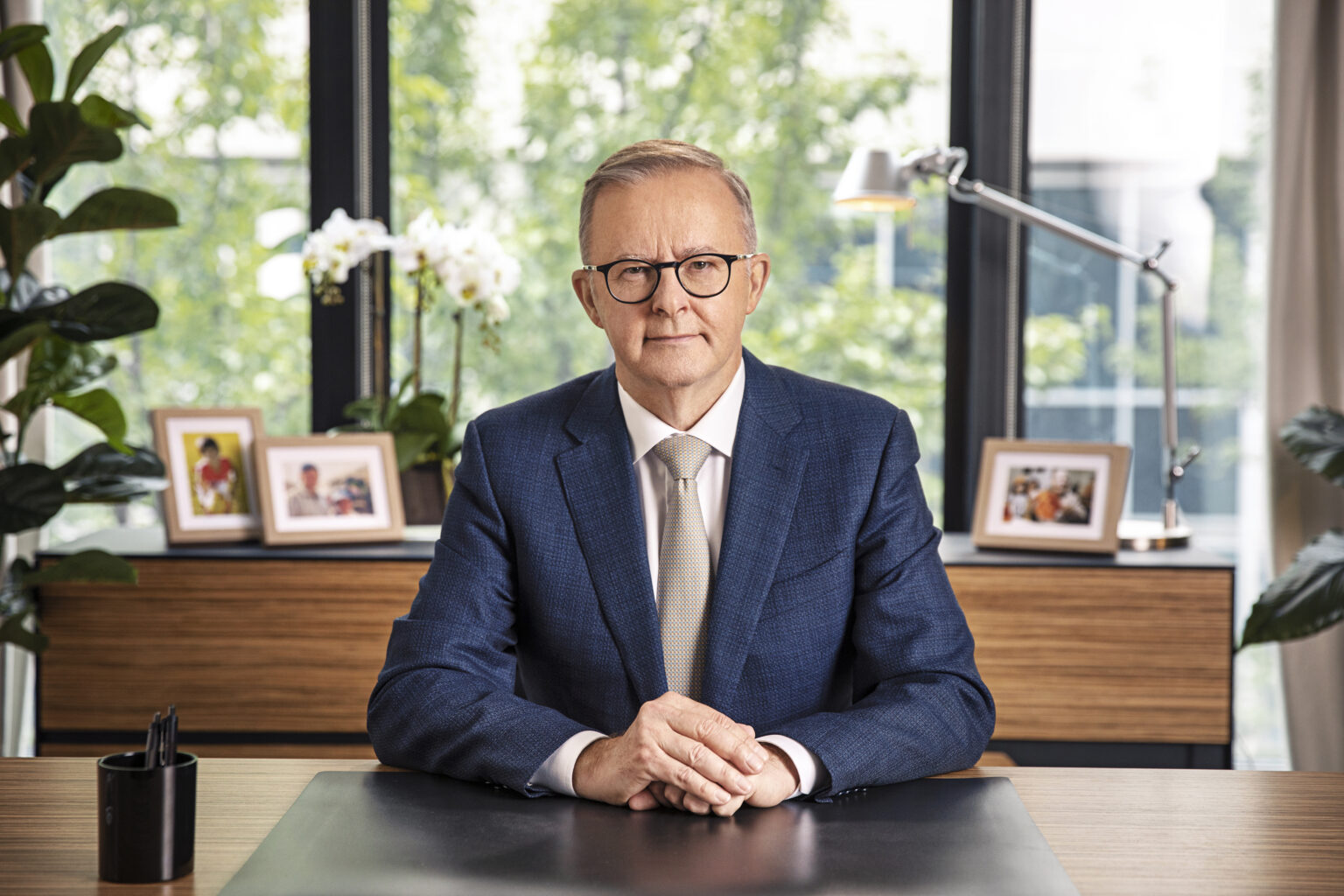 Even those who understand very well the whys and the wherefores of the bargain on offer from Treasurer Jim Chalmers would be wise to demand some collateral before they sign up to the bargain.

The deal being sought is this. Chalmers wants constituents to see things, particularly the spectre of inflation as he does, and to understand and agree with the need to put priority on fighting inflation first.

Second he wants constituents to agree to hold off on their demands and expectations of government until the dragon is slain. And he promises, in effect, that the time may then be right to meet expectations that Labor will intervene actively with money and policy to create a better Australia, particularly with regard to health, welfare and education.

But he, and his leader, Anthony Albanese are deliberately vague about just what their agenda might be when inflation is vanquished, what their relative priorities might be, and how they would weigh investment in people against national debt reduction. They are not sharing their vision and ideals in any sort of concrete detail, content with almost meaningless motherhood statements.

One can assume he means everything he says about the nation’s circumstances, and that he is sincere about the need to slay inflation and get the fundamentals right before any shift to a new era. There is never anyone as sincere as a Treasurer seeking to sell a budget. Especially when it is important, psychologically in the markets as much as politically, that those with the highest expectations grumble but settle back down in the queue. Yet important as it is to defeat inflation, that is not the only hope or expectation worth fighting for, now or in the future.

In terms of judging what is on offer, it is important to remember that Labor, Jim Chalmers and, for that matter Treasury, don’t really have much idea of what is going on, or likely to happen in the wider world economies. They have very little capacity to influence it even if they did.

Some of the things Australia is doing, in defence and foreign policy as opposed to economic policy, are as likely to aggravate our external circumstances as improve them. If things go wrong, we will need a Treasurer and a government who are, in the modern parlance, agile, flexible and resilient. Crisis can come quickly, and from unexpected quarters.

Chalmers, with some experience of the global financial crisis of 15 years ago, understands that if Australia suddenly finds itself in heavy seas, the freedom of action he will need will not be constrained by any earlier promises.

Labor was not elected by a majority simply so it could tick off on a few transactional election promises. Anyway, they claim already to have honoured them, at least up to energy bills.

The real job of government, as ever, is to manage events, predictable and unexpected, competently, and generally from within a broad philosophy they have described.

The Reserve Bank is attempting to choke inflation by raising interest rates, the effect of which ought to be to reduce liquidity in the economy. If budget spending puts more money into the economy, its main effect will be to neutralise some of the effect of tightened monetary policy and to feed inflation.

Hence Labor will be doing no more for the time being – perhaps for two years — to stimulate or demand wages growth. Just the very Labor constituencies invited at the election to feel resentful about wages not keeping up with inflation, are now being asked to hang on for a few more years. This is just as food, energy and housing costs are rising quickly and emptying pockets. Just the same as with mortgage payments.

The government has decided to give no relief for gas and electricity bills it expects will increase by 50 per cent, because giving more money to taxpayers (or pensioners’) would only add to the money supply and feed inflation.

Hence Labor has “banked” some of the “savings” it “achieved” – whether from unexpected commodities taxes, reduced expenditure, or some cuts to forward expenditure. This is for the virtuous reason of reducing overall national debt, or to save it for some future occasion when the economy can do with a boost.

Labor is asking the community to hold back on its demand for many of the things it has been expecting, such as increases in real wages. And to wait longer for serious extra spending in health care “until” the inflation dragon has been slain.

Treasury and the Reserve Bank expect that a heavy hit of high interest will reduce demand and inflation. Rates, they think, can be carefully calibrated to avoid recession, the bank being still sensitive about having misjudged its actions in 1991 and having put Australia into serious recession. Extra sensitive perhaps because the bank is currently undergoing its first external review in decades.

If its strategy fails perhaps because of something happening in Russia, China, the US or Britain, we can be reasonably sure that the hurt will be felt more by the people whose expectations have been dashed and were yet again asked to wait. They may never catch up, after years and years of being behind. Nor can they reasonably hope that the coalition will do a better job for them.

We have little idea of Albanese’s agenda, or vision. That’s his fault.

Such doubt and uncertainty is a very good reason why even loyal Labor voters should be demanding some political and economic insurance from the Albanese government.

There may be general expectations of extra investment in, and extra current expenditure in public health and hospitals, in aged care and childcare beyond what has already been delivered, in the national disability insurance scheme and in social housing. There’s increased defence and national security expenditure, likely, as usual to get even less critical scrutiny from government than from the coalition because of Labor’s paranoia about being accused of being soft on national security. There’s rebuilding the public service, including restoring functions and capacities that withered while everything was contracted out.

These are already underway, and are, of course, the sorts of things that Labor regimes do. So far, however, there is little in the way of a public plan for when projects will be wheeled out, how particular projects will be weighed and measured in priority terms against each other, and given the public debt and expenditure constraints, what government plans by way of funding what will often amount to massive expenditure.

It’s of a one with Albanese’s electoral strategy this year, when he chose a few policies sharply focused both at Labor’s constituencies and also at groups he was hoping would abandon the coalition.

Shorten at least had an agenda, if maybe one too expansive and unacceptable to some of the interests. Albanese jettisoned many of the policies developed during the Shorten era, as well as Shorten-era tax strategies for paying for them.

During the campaign, moreover, he repeatedly insisted that he had no intention of repealing the third stage of coalition tax cuts, scheduled for 2024, which benefited higher-income groups. He sticks to that, even as other lobbies helpfully argue that these should be abandoned, with the money rededicated to other projects. He has, of course, ample time to do this and no need to pick a fight with the rich right now: he could leave a decision till May 2024.

On the other hand, Albanese has come to fetishise election promises – no doubt in part because of the grief Julia Gillard suffered from her carbon taxes. He has gone to great lengths to fulfill those he made earlier this year – apart, of course, from the promise about energy prices coming down. Luckily, he has both Angus Taylor and the Ukraine war to blame as forces majeures. A lucky piece of ammunition In forcing gas prices down is the threat, if he cannot get cooperation from the energy sector, of swingeing taxes. They would be popular.

The government is also failing to enlist the impact of the pandemic in changing the nation and its people. One way or another, Covid-19 and the emergency fiscal measures designed to protect incomes and economic liquidity gave potential statesmen new platforms from which they could suggest political change.

The very nature of work changed, and it seems unlikely that old ways will ever be restored. The community learnt new ways of communicating, educating, and organising goods and services. They also experimented with new forms of government, including new arrangements (not always successful) for cooperation with the states and territories. They are still being adapted to circumstance.

Before the election, Albanese was not the only politician in Australia or elsewhere who proclaimed that governments should look to a new style of post-pandemic economy. It was a vision, or an enterprise that also offered scope for a new approach to action on climate change and the environment.

Despite the distractions of Russia and China, the energy crisis in Europe, various crises of authoritarian democracy in the first world, and the ongoing political turmoil in the US, Britain, Hungary and Brazil, Covid remains. And so does its disruption and break with the past.