Wake up Australia: ASEAN has lost value and purpose 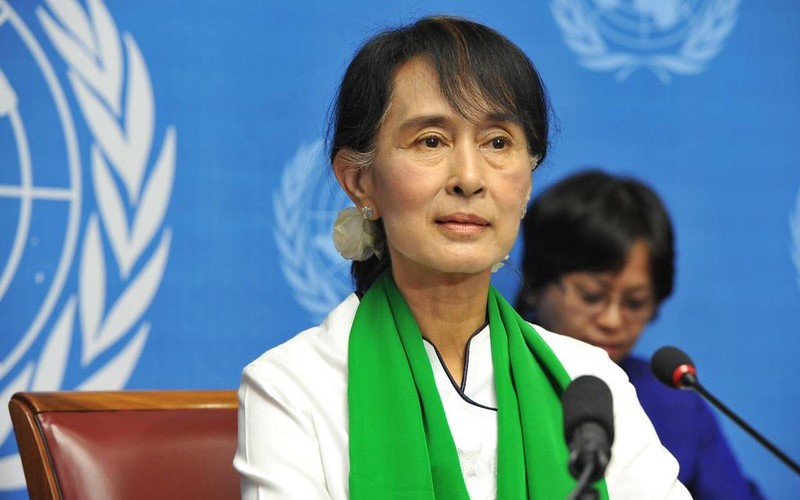 There is a chance Aung San Suu Kyi could die in jail. (Image: Flickr/UN Geneva/Violaine Martin)

ASEAN is throttled by a policy prohibiting members from interfering in each others’ affairs. The results are clear in relation to Myanmar.

It was being billed as a clash of ideologies, democracies versus authoritarians over handling a ruthless regime. Then suddenly the contest was off.

Foreign ministers from some of the 10-member Association of South-East Asian Nations were expected to meet for their annual closed-door retreat on January 18 and 19. But with less than a week to go chair Cambodia ‘postponed’ the Siem Reap event because it’s ‘difficult’ to travel.

Maybe, but not impossible as politicians and bureaucrats have been zipping around the region for the past year despite the pandemic. Far more arduous is keeping ASEAN alive when it seems determined to die.

Apart from those who make a living serving the decrepit organisation, few believe it has value and purpose.

There is one – Australia’s Foreign Minister, Marise Payne.  As reported on this website Payne told diplomats and the media in Jakarta last September that ‘engaging with ASEAN and supporting our partners in South-East Asia is one of the best investments Australia can make in a stronger, more prosperous, and more secure future for our region.’

Payne’s bid to use ASEAN to get into SEA because of its ‘centrality, openness, transparency, inclusivity (as) a rules-based region’ makes Australia look naive.  Harsher commentators would write ‘maladroit’.

The most worthy move should have been the unqualified and united condemnation of the Tatmadaw (Myanmar military) February power grab.  Three months earlier electors in the nation of 54 million had voted 87 per cent for the civilian National League for Democracy led by Nobel laureate Aung San Suu Kyi.  Shocked by this insolence, the generals decided preserving power trumped the people’s will.

More than 1,200 protesters have reportedly been killed in the past year. Some have been burning the ASEAN flag.  Suu Kyi, 76, is in jail and likely to die there unless the international community gets its act together.

Myanmar, formerly Burma, joined ASEAN in 1984. In 2017 it started slaughtering the mainly Muslim ethnic Rohingya.  More than a million have fled to neighbouring countries leaving behind the bones and ashes of 13,000 victims of genocide.

The UN hasn’t accepted the self-declared ‘State Administration Council’ as Myanmar’s legitimate authority but has delegated Dr Noeleen Heyzer, the Secretary-General’s special envoy on Myanmar, to negotiate.  This month she won Pearls & Irritation’s Gibberish Gong with her entry calling for: ‘a co-ordinated strategy towards creating an enabling environment for inclusive dialogue’.

Western nations protested furiously but ASEAN leaders’ responses were more subdued in keeping with its ‘Asian Way’ culture of avoiding criticism, aka spineless.

Some met Myanmar’s self-styled PM General Min Aung Hlaing — who had no difficulties flying to Jakarta — and reached a ‘five-point consensus’.  This included an end to violence, a return to democracy, humanitarian help, negotiations with armed ethnic groups, and visits by outside envoys.

All spurned. So at its biannual meeting in Brunei last October the ASEAN nine found a spec of courage and snubbed Hlaing.  This has been praised as a pivotal point in the organisation’s history.

ASEAN is throttled by a policy prohibiting members from interfering in each others’ affairs. It operates on the principle of musyawarah described as ‘a common voice that’s arrived at by
a continuous process of discussion’.

Background: In 1967 during the Vietnam War Indonesia set up ASEAN with Thailand, the Philippines, Malaysia and Singapore to block the advance of communism. Tiny Brunei joined in 1984. Ironically two latecomers are Red – Vietnam and Laos, with Cambodia sticking close to China. Myanmar signed up in 1997.

Charles Santiago, a Malaysian MP who chairs the ASEAN Parliamentarians for Human Rights said Hun Sen and Min Aung Hlaing were ‘conducting another coup within ASEAN’ that threatened to divide the organisation.

‘Hlaing’s coup has plunged the entire country into a multi-dimensional catastrophe and given rise to the most unified and viable alternative to military rule Myanmar has ever seen.’

ANU doctoral candidate Hunter Marston, who is researching great power competition in South East-Asia, says Hun Sen, who has held power since 1985, views ASEAN as ‘an old boys’ club where dictators can still be dictators.’

Hun Sen wants Myanmar back in the pagoda. Indonesia, Malaysia, Singapore and the Philippines, the four ASEAN members who follow some forms of democracy, say no way without real changes.

With 273 million citizens Indonesia is the biggest member of ASEAN, its instigator and should wield clout.  Although technically secular, it’s also the world’s most populous Islamic nation and was expected to take the lead in demanding protection for fellow Muslim Rohingya. Instead it sent aid to refugee camps in Bangladesh.

President Joko Widodo (Jokowi) has reportedly told Hun Sen the ‘implementation of the five-point consensus [is necessary] to bring democracy back to Myanmar through inclusive dialogue’.

‘In recent years ASEAN has failed in this quite miserably… we have meetings with all of our dialogue partners. [There are 11 and include Australia]. However, the meetings have been extremely ritualistic, nothing much of substance is discussed.’

This is the mob Payne believes is central to her country’s ‘regional vision … underpinned by shared principles.’ DFAT should be urgently seeking another way to engage with the neighbourhood.