Waking up to the Coalition’s climate change dinosaurs 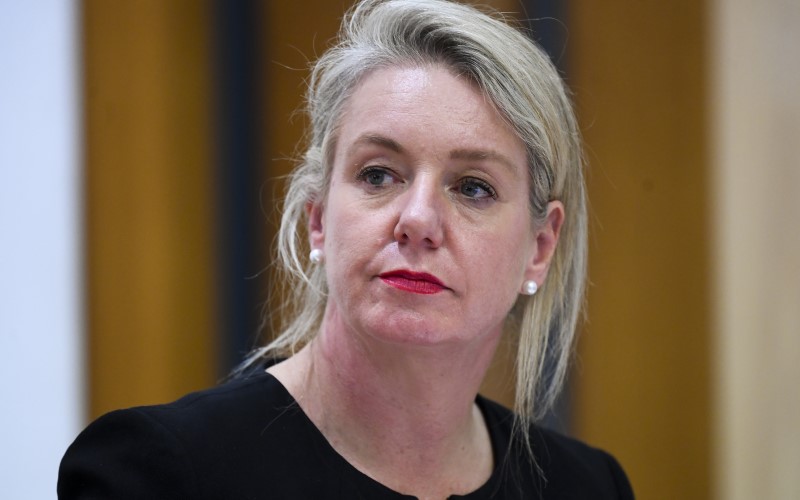 While the press debates whether the prime minister will go to COP26, members of his government are living in a world where they believe their constituents aren’t worried about climate change.

Morning listening on October 13. The ABC’s Radio National. Members of the Morrison government are doing their interview rounds with the host, Fran Kelly. We enter a time warp, speeding away into another dimension where planet Earth, and Australia, look different.

The first interview with Nationals Senator Bridget McKenzie is filled with the sort of rejigged reality that is less mind expansion than contraction. It is easy to forget that she is a member of the government.

She tells listeners that her constituents and the electorate she represented were not interested in climate change or its effects. A bold, quixotic reading. They were also the “most marginalised” and vulnerable in Australia. This would be a fascinating take for those in the employ of Rio Tinto and other mining giants.

McKenzie (“Fran, Fran, Fran,” she implored with adolescent petulance) was all for those in rural areas, claiming that, “We have been able to avoid very bad outcomes for our country”.

Environmental catastrophe, imminent impoverishment of the farming sector due to climate change, are evidently palatable and digestible outcomes. Interest, suggested McKenzie, should instead be shown for those workers who, in erecting solar panels, ended up mowing the grass underneath them.

Much of what the senator said had already been given an airing in The Australian on October 11. She lamented that the Business Council of Australia, National Farmers Federation and the Minerals Council of Australia had wobbled on the issue of “net-zero emissions” and how embracing such a policy would “hit our regional export industries, and people living in the lowest socio-economic electorates in the country”.

She proudly admitted that her party had been “intransigent during this long debate”, making them unpopular as dinner-party guests. “We have been doing our job for the people who sent us to Canberra.”

Praise was heaped upon the environmental vandal’s resume. “We avoided a carbon tax; we have overseen record growth in mining and agricultural exports; and we have pushed for technology solutions, while remaining committed to being careful stewards of the Earth.” With stewards like these, who needs genuine ecological criminals?

The second interview does little to steady listeners. It is with a minister whose portfolio, at least in Australia, has been emptied of all meaning, let alone relevance. A little time with Environment Minister Sussan Ley, and you can be reassured that the Great Barrier Reef is thriving, that the Morrison government is at the forefront of conservation efforts, and that Australia is the greenest of citizens.

Such views can be expressed alongside the fact that Australia has one of the highest extinction rates of species in the world.

These morning encounters with the climate change dinosaurs form the backdrop of whether Australia will even send its prime minister to COP26. Going to Glasgow has become as fascinating for the press and pundits as the fact that a climate conference is taking place.

Prime Minister Scott Morrison has even convinced the national broadcaster — he boastful of coal’s merits to the point of bringing in a lump to show fellow parliamentarians — that he has “signalled his own climate conversion”. The evidence? Remarks made in February 2020 at the National Press Club that “our goal is to reach net zero emissions as soon as possible, and preferably by 2050”. Hardly a conversion.

A fairer portrayal of this is the fact that Morrison is finding himself being mugged by an increasingly unpleasant, even horrific reality.

He has tried to impress some of this upon his Coalition partners who function in the narrowest belt of reality but has found it mightily difficult. The Nationals remain proud of their efforts in killing off prime ministers and their plans, be it the emissions trading scheme, the National Energy Guarantee, or the carbon tax. Environmental ideas, it has been known for a long time, go to the Nationals party room to die, along with their defenders.

To be convinced about the merits of “net zero”, party members will have to be bribed by the deep purse commonly known as the Treasury.

The price for one of them, Keith Pitt, current minister for resources and northern Australia, is a $250 billion publicly funded “loan facility” for the mining sector. For McKenzie, it is an undertaking that targets be suspended in the event regional areas were harmed.

Pitt’s suggestion, given a nudge along by Nationals leader Barnaby Joyce, is all the more remarkable for what it entails: a massive public subsidising of the fossil fuel sector to spite wicked banks who have withdrawn investment.

Senator Matt Canavan, has defended this version of fossil fuel socialism: “Global banks that want to control who has a job in Australia should be locked out of our country.” By all means, let Australians “pay higher interest rates but that would be worth it to protect our independence”. This, despite his constant clamouring that “net zero means higher energy prices for all”.

There would also be a delicious irony to this, given that such a fund would benefit the business interests of Australia’s current bugbear of choice, the People’s Republic of China.

Even as the Australian government beds itself firmly down with the United States for any future conflict with Beijing, such a transfer of cash, as Michael West points out, would benefit gas pipelines operator Jemena and Alinta Energy, and Yancoal Australia and coal miner CITIC Australia. And that’s just a small spread of potential beneficiaries.

As things stand, it is a wonder Morrison is even bothering.

The Australian delegation in Glasgow is bound to be poorly briefed, confused and barely able. The Coalition government, still weighed down by fossil-fuel fantasists, will continue to be engaged in a battle of such stunning incoherence any undertakings on carbon neutrality and change can only be regarded as unreliable and disingenuous.

As McKenzie and a few of her colleagues might have you believe, climate change is something that happens to other people. In the meantime, fossil fuel socialists the world over, unite!