Fear and Loathing: Australian media on China and Covid-19 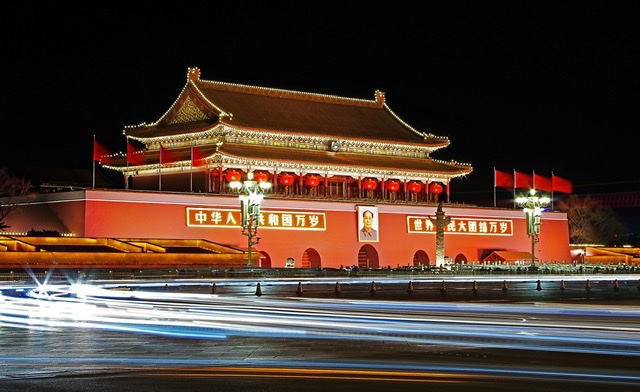 The way various segments of the Australian media report on China’s COVID-19 experience reflects these media’s own fears and anxieties and their political, ideological, and cultural positions. More credible media outlets in Australia have mostly framed China’s efforts in political and ideological terms.

In comparison, the tabloid media have resorted to conspiratorial, racist, and Sino-phobic positions. Through my research, I found that the coverage of China’s experience is a continuation and embodiment of the “China threat” and “Chinese influence” discourses.

In February 2021, a New York Times (NYT) published a controversial article titled “On WHO Trip, China Refused to Hand Over Important Data”. The story, citing expert investigators who went to Wuhan, claims that ‘Chinese scientists refused to share raw data that might bring the world closer to understanding the origins of the coronavirus pandemic’. In response, Peter Daszak and Thea Kølsen Fischer, two members of the WHO expert team, lamented that the article intentionally misquoted or twisted their words.

The two experts’ repudiation of the article gave timely ammunition to the Global Times, China’s nationalistic state media outlet, which published an op-ed entitled: ‘WHO experts slam NYT for twisting, misquoting their words on virus origins probe’. In the article, Global Times quotes a Chinese professor, who says, ‘Throughout the WHO expert team’s trip in Wuhan, Western media’s goal had been to push their theories that China is guilty of causing the COVID-19 pandemic and hiding information’.

Media coverage of COVID-19 in China

The COVID-19 outbreak first started in January 2020 in China, a country ruled by the Chinese Communist Party. China exists in the imagination of the global West as diametrically different from ‘us’ in terms of ideology, political system, social and cultural practices, and cultural sensibility. The NYT controversy begs the question of whether there is indeed a pre-existing narrative framework in Western media’s coverage of COVID-19 related issues in China, and how prevalent this framework is.

To address these questions, I conducted a critical discourse analysis of major news stories, documentaries, opinions, and analyses published in Australia’s most influential media outlets between 1 January and 31 March 2020. I used three criteria to determine the suitability of material to be chosen for analysis: they must be (1) key media programs that are widely considered to be authoritative and trustworthy; (2) media stories written by journalists who enjoy the highest level of professional recognition in the field of journalism; or (3) media narratives that elicit the strongest responses from China, the Chinese-Australian community, and the English-speaking public in Australia.

In other words, rather than conducting a quantitative content analysis to gauge the accuracy of reporting, I wanted to identify the key themes, perspectives, and angles in these reports to understand the likely role that opinion leaders, high-impact media programs, news stories, and journalistic practices play in shaping public opinion of China and its handling of COVID-19. What I found is that the Australian media’s reporting on China’s COVID-19 experience says more about Australia’s own fears and anxieties and their political, ideological, and cultural positions than about the reality of how the Chinese government managed, and the Chinese people experienced, COVID-19.

Australia has had to reckon with the fact that its economic prosperity relies on China, a country that is not a liberal democracy. Australia does business with China but partners with the US on national security. In the past few years, there has been growing fear in Australia about China’s political and economic influence, paralleled by a noticeable shift in the media towards what I called ‘adversarial journalism’ in the coverage of China. An anti-Chinese public discourse in the ‘China influence’ narrative, which predated COVID-19, configures China as an external threat and a strategic enemy.

Australia has a bifurcated media landscape, featuring both a strong public broadcasting sector such as the Australian Broadcasting Corporation (ABC) and a competitive commercial sector. The ABC’s flagship programs include influential programs such as the weekly Four Corners, described by the ABC as ‘Australia’s premier investigative journalism program’ and Q+A, a high-profile panel discussion program that features politicians and opinion leaders. The commercial sector is much more complex, with some media outlets seeking to offer quality journalism on one end, and tabloid press offering less edifying content on the other.

Using the criteria outlined above, I sampled the entire array of Australian media, including both television and radio programs from the ABC, commercial media outlets such as Murdoch’s The Australian newspaper and Nine Entertainment’s The Sydney Morning Herald, and several tabloid papers (also backed by Murdoch).

One of my key findings is that there was a high level of unfavourable reporting about China in relation to COVID-19, regardless of whether it was the public or commercial media, liberal or conservative media. China’s success in controlling the virus was often simply left out. Despite the effectiveness of China’s strategy in reducing numbers of infections and deaths, the Australian media looked elsewhere — such as South Korea, Singapore and Taiwan — for lessons.

Notwithstanding the overall unfavourable tone of reporting on China, there were some differences between the media outlets. For instance, the ABC, informed by a liberal framework, focused on criticizing China’s lack of transparency and government control, and selected stories from the perspective of censorship, propaganda, and draconian public health measures.

The respectable end of the commercial press, such as Sydney Morning Herald, focused its reporting on the Chinese Australians’ two-way efforts in sourcing masks and medical supplies. In doing so, it continued its China influence narrative by framing Chinese Australians as objects of suspicion with questionable loyalty to Australia.

Meanwhile, the tabloid press and shock-jock radio consistently fanned anti-Chinese hatred, further fuelling the fear of the ‘yellow peril’, anxiety about ‘reds under the bed’, and the racist idea of the Chinese as an alien and repugnant people who eat bats.

The most significant finding was a conflation of political authoritarianism with normal public health measures — a key feature of the ABC’s reporting of China and COVID-19.

Of course, it could be argued that aspects of China’s authoritarian politics in some ways contributed to or exacerbated the pandemic. This view seems to be implicit in criticisms of the Hubei government’s failure to inform Beijing promptly, and its attempts to suppress individuals wanting to blow the whistle. The mistakes made by Hubei’s government were mostly framed as manifestations of China’s authoritarianism. This may indeed be the case. Yet in contrast, when similar mistakes were made in Australia at both federal and state government levels, they have typically been reported as bureaucratic bungles or administrative mishandlings.

When an entire range of coercive measures were put in place by the Australian governments — such as compulsory social distancing, mandatory quarantine, and hefty fines for refusal to wear masks — they were justified as extraordinary but necessary public health measures. But similar measures used in China were taken as evidence of China’s infringement of human rights, disrespect for civil liberty, and abuse of power typical of an authoritarian regime.

Despite the goal of producing ‘objective’ or ‘balanced’ media content, the frames, perspectives, and discursive positions that are adopted in such reporting are often pre-determined. The virus may know no boundaries, but media reporting on virus-related issues is profoundly bound up with ideology, politics, and the cultural identity of a nation. 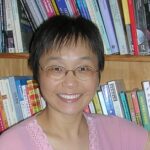 Wanning Sun is Professor of Media and Communication at the University of Technology Sydney.

This article was first posted by The China Story,ANU on 18 March 2021