WANNING SUN. Reasons aplenty for China’s ban of the ABC.

As a form of symbolism, banning a website works much more effectively than conventional expressions of official displeasure such as flexing military muscles, cancelling a trade deal, recalling a country’s ambassador or refusing a foreign correspondent’s visa.

On Monday, the ABC reported that China had banned access to its news website in the country. China gave no reasons for the ban. China does not have to justify its decision, nor does it see it as necessary to specify the nature of Australia’s offences.

The ban happens right in the middle of a federal government inquiry into the role of the national broadcaster in the Asia Pacific, particularly the ABC’s role in this endeavour. But the ABC’s attempt to speak directly to China has met with myriad obstacles. Launched in 2014 to replace the Australian Network, Australia Plus, a multi-platform service targeting the Asia-Pacific region, was criticised for publishing only soft stories in order to get around China’s censorship. Australia Plus was closed down in April this year.

A country’s national broadcaster is usually charged with the role of promoting a country’s public diplomacy to the world, but China’s ban of the ABC’s website has thrown further doubt on the ABC’s capacity to perform this role. As far as public diplomacy via media goes, this is disastrous.

But if one has to look for an upside to this saga, it is that Australia has finally graduated from a minor, harmless and benign irritant to a major source of displeasure, a status that is usually reserved for big Western media organisations such as Bloomberg, the New York Times and the BBC.

That said, the ABC seems perfectly capable of causing offence to China on its own. Its discussions on China, Chinese communities in Australia and the Australia-China relations are uneven.

On the one hand, Radio National reliably produces a wide range of world-class programs, often with nuanced insights and balanced discussions. The “China in Focus” series in August showcased a stunning level of depth and nuance which makes news of the banning of the ABC particularly regrettable.

On the other hand, its news and current affairs coverage mostly follows and responds to a news agenda set by other outlets.

While China may not like the ABC just for doing its job – producing independent journalism – it appears to have taken particular offence at its flagship investigative program, Four Corners. The first such program was the ABC/Fairfax investigation “Power and Influence” in June 2017, which has also polarised many people in this country, and led to two legal cases.

The Four Corners episode on Monday, featuring host Sarah Ferguson’s interview with former Donald Trump aide Steve Bannon, went to air after the ban, but is symptomatic of the content that may have offended China. Some commentators on China’s social media say the ABC was giving Bannon a free run. It is not so much Bannon’s opinions that they take exception to; rather, it is the ABC’s decision to give him an exclusive interview upon his request.

The ban on the ABC website is little known in China, and has received little or any media attention there, apart from an editorial article by the Global Times. This is because banning news websites of Western media is a perennial occurrence.

To a population which is used to seeing myriad news taken down from their own social media postings on daily basis, banning a foreign media site is hardly surprising. After all, it is widely known that China has a long-standing distrust of foreign media, despite its earnest efforts to push its own media content onto the global media sphere.

The good news is that such bans work mainly on a symbolic level – people in China can still access the ABC site via VPN. Also, if past experiences of censoring websites are anything to go by, this ban is unlikely to be permanent. 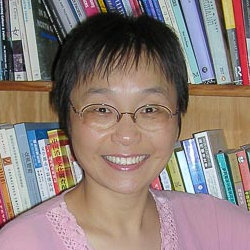