There is a widespread “asymmetry myth” about the perpetration war crimes that will affect the reception of the forthcoming Brereton report on alleged Australian military war crimes and what Scott Morrison predicts will be “the difficulties” it creates.

Apart from the horrific nature of the alleged crimes already publicised in the media, and highlighted now by Dr Samantha Crompvoets’ comments on Monday, the report’s revelations will distress our military establishment and many other Australians largely because the truth of such claims might destroy the deep patriotic myth that war crimes are certainly committed by our enemies but never, or hardly ever, by “our brave boys”. Call this “the asymmetry myth.”

The investigation of these allegations that are mostly, it seems, against SAS personnel, started with a few cases and has now been proceeding in secrecy for about 4 years, though many of the claims have received extensive media publicity. The PM has now announced yet another inquiry that will examine the report’s findings with a view to action and possible criminal charges. It is therefore timely to reflect on the asymmetry myth, and the sources of what amounts to a form of blindness about some of the likely damaging moral effects of war on those who are aggressively trained to kill and then do so.

The myth is sustained by nationalist sentiments and romanticism focused on war-making and the valour, heroism and stature of one’s troops. The connection of war with national pride and identity has had a good deal of airing in rhetoric about the supposed “coming of age” of Australia as a nation in the bloody battles of World War I, but that will not be my direct concern here. Let me simply record my conviction that the national adulthood produced by that wartime experience is largely a contrived political fantasy that distorts the grim significance of that experience and obscures the importance of more positive events for Australian identity, as cogently argued, for instance, by Marilyn Lake.

The idea of a war crime has deep roots in modern international law, and more deeply in any attempt to defend the idea that participation in some wars can be morally justified. The Just War tradition, in its several forms, insists not only that going to war must be restricted by moral requirements, but also that the way a just war is waged must be subject to moral constraints. hence the importance of a stress upon war crimes, such as deliberate killing of non-combatant civilians or of captured soldiers. It is this latter prohibition that is at issue in the current allegations against Australian troops.

The notion of an atrocity, which is what a war crime amounts to, is readily intelligible to most people even if they know nothing about the just war tradition, and they will rapidly condemn with indignation the commission of atrocities by an enemy nation, its leaders and its common soldiers. Japanese atrocities, for instance, in World War II are well known, publicised and rightly condemned. These were committed against innocent civilians and very often against captured prisoners of war. Yet the obliteration of the cities of Hiroshima and Nagasaki, the 75th anniversary of which occurred this year, with the direct and successful intention of killing and maiming scores of thousands of non-combatant civilians (an estimated total of 120,000 deaths in the two attacks, very few of whom were combatants) meets all the moral criteria for a massive war crime in spite of the various “justifications” offered about ending the war early, saving the lives of allied troops and so on.

On a lesser scale, there is now general scholarly agreement that Australian troops, amongst others, often killed captured Japanese troops during the Pacific campaign—see, for instance, Phillip Dwyer (The Conversation, July 24, 2020). And Paul Daley (The Guardian, September 5, 2020) pointed out that there is plenty of evidence of this even in the Australian War Museum, if you look for it. There is, for instance, a drawing in the Museum by the official war artist Ivor Hele unambiguously entitled “Shooting wounded Japanese, Timbered Knoll (1943)”.

The brutalising effect that war can have upon those fighting it, even if they possibly have a just cause, can be seen in Robert Graves’ memoir of World War I, Goodbye to All That. Graves narrates what he says was “a first-hand account” of an Australian soldier’s slaughter of surrendering German troops after the capture of Morlancourt. The Aussie “Digger” discovered a dozen German soldiers hiding in a cellar and shouted to them to come out which they did unarmed and with raised hands. He ordered them to turn out their pockets, and he found ‘Watches, and gold and stuff, all dinkum. Then I said: “Now back into your cellar, you sons of bitches!” For I couldn’t be bothered with ‘em. When they were all safely down I threw a half a dozen Mills bombs in after ‘em. I’d got the stuff all right, and we weren’t taking prisoners that day.’ Graves tells of even worse atrocities by Canadian troops against defenceless captured prisoners, and also admits to British soldiers killing captured German soldiers. It’s possible, of course, that some of these first-hand stories were invented by those telling them to boost their prestige with their audiences but that only makes sense against a background of general belief that such crimes were praiseworthy.

The case of the two Australians, Breaker Morant and his companion Peter Handcock, who were executed during the Boer War for killing Boer prisoners and non-combatant civilians is illustrative of the Australian public’s tendency to ignore the reality of war crimes committed by their own. Although, Morant and Handcock were convicted when probably even more responsible and more senior British officers should also have been charged, the evidence that Moran and his companion had been guilty of egregious war crimes was incontestable. Yet Moran has been glorified by Australian media and most of the public as a sort of war hero, notably in the glamourising movie, “Breaker Morant”.

It is important that some of the allegations of war crimes by SAS members have been based upon testimony from other Australian troops, as well as Afghan civilians and sometimes other Allied soldiers. Similarly, such recognition by fellow soldiers, notably the courageous American helicopter officer Hugh Thompson, helped expose the American My Lai atrocities in Vietnam. This indicates a capacity to recognise that war crimes were committed and to reject them as morally and legally indefensible. It also helps give the lie to blanket excusing or justifying of such crimes by easy talk of the “fog of war” and the stress of conflict that troops endure. These are clearly factors in some cases of war crimes and should support a strong reluctance to engage in war at all, a reluctance that is often ignored. That reluctance is mandated by, amongst other things, the just war condition that war should be “a last resort.”

It is to be hoped that Morrison’s “difficulties” will not hinder Brereton’s report being quickly investigated further by the additional mechanisms Morrison has set up related to possible prosecutions and reforms. Also that further investigations do not involve unconscionable delays to the operation of justice and the need for reform of military culture, especially that of the SAS. Where atrocities are proven their perpetrators must receive appropriate punishment, but history, and the prevalence of the asymmetry myth, does not bode well for that. At My Lai, American troops killed hundreds of unarmed Vietnamese women, children and old men, and raped women and young girls. Yet eventually only one soldier, Lieutenant William Calley, was charged and convicted. Calley was originally sentenced to life imprisonment, but various appeals, Presidential intervention, and public outrage meant that Calley finished up serving a mere 3 years of mostly house arrest. Compare that with the execution of over 900 Japanese war criminals after World War II. 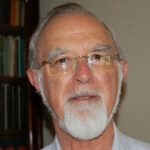 Tony Coady is Emeritus Professor of Philosophy at the University of Melbourne and Honorary Professor at the Australian Catholic University. His latest book, The Meaning of Terrorism is scheduled for publication by Oxford University Press in May, 2021.

This entry was posted in Defence and Security. Bookmark the permalink.