War with China despite their immense military capabilities? 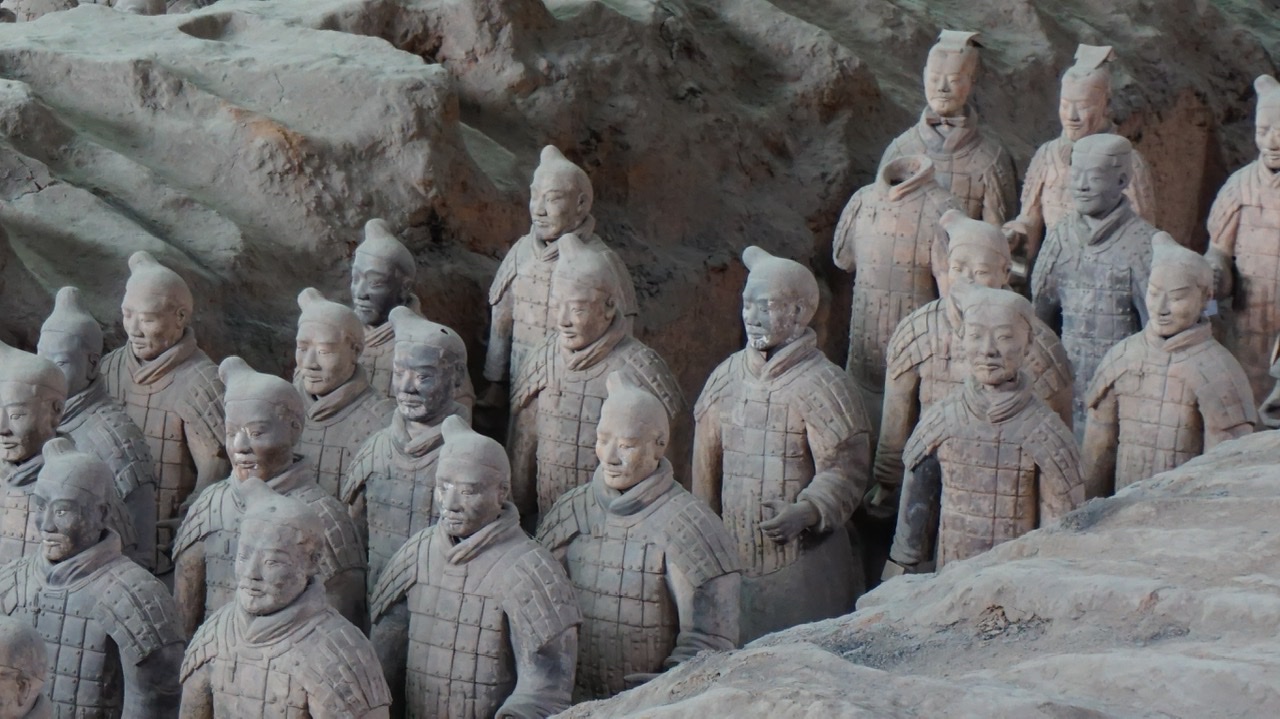 Five years ago, I would’ve said that the possibility of a “kinetic war” in the Indo-Pacific was very unlikely, now it is more likely than it was then. This is something that you and I may well have to confront in the next 5 to 10 years, Christopher Pyne.

Does Mr Pyne know that, seventy years ago, a Chinese volunteer force, lacking air cover and communicating with bugles, humiliated the US Army? That China enjoys the same advantages–shorter supply lines, higher morale, greater maneuverability, stronger popular support–now as then? That China’s neighbour and ally, Russia, can simultaneously threaten any combination of forces in Europe and Japan?

Has he forgotten that, while fleets win battles, economies win wars? That China’s economy is thirty per cent bigger than America’s, grows three times faster, has twice the manufacturing capacity, and launches a new warship every month? That, adjusted for purchasing power, China’s discretionary defence budget equals America’s?

Is Mr Pyne aware that China’s President is the son of a famous general and was himself Assistant to the Chairman of the Joint Chiefs of Staff for three years?

Who can blame the Chinese for being eager for a rematch with America? In 1944 the US Air Force firebombed Wuhan, killed 44,000 civilians and left the city burning for a week. In 1992, the US Navy held the Yinhe, a Chinese freighter, at gunpoint in international waters for three weeks, falsely claiming she was carrying contraband. Two years later the US sent the most powerful fleet ever assembled through the Taiwan Strait and, in 1998, the USAF dropped five precision bombs on China’s Belgrade embassy, killing three diplomats and seriously wounding twenty. CIA director George Tenet told Congress, “It was the only target we nominated”.

In 2018 the US Navy practised blocking the Malacca Strait to cut off China’s oil but, says analyst Michael Thim, the gesture was meaningless, “Even in 1996, China’s Navy had sufficient capabilities such that sending Carrier Strike Groups into the Taiwan Strait would be suicidal. The situation has only become more challenging for the Navy in recent years, not because the PLAN has acquired aircraft carriers of its own, but because China has greatly enhanced and modernized its existing anti-access/area-denial capabilities”.

The PLAN’s fleet composition is fascinating.

Commander Yang Yi, the youngest (and first female) Chief Designer in naval history, designed its eighty Type 022 missile patrol boats on Australian-designed hulls. 400 feet long, with a range of 300 miles, they carry eight C-802 anti-ship missiles tipped with 500lb. warheads that travel fifteen feet above the surface at 650 mph to targets a hundred miles away (an early version disabled an Israeli warship off Lebanon’s coast in 2006). Four of her little boats, she says, can cover the entire Taiwan Strait while sheltering behind China’s coastal islands.

Supporting them are thirty Type 056 frigates with a range of 2,500 miles, each armed with YJ-83 anti-ship missiles and six torpedo tubes, and protected by eight SAM launchers. One frigate can sink Taiwan’s entire navy without coming within range of its American-supplied weapons. Behind the frigates are 20 Type 052D Arleigh Burke–class destroyers. Their 64 missile tubes fire–among others–unique Yu-8 anti-submarine missiles that fly 20 miles then release torpedoes into the water near unsuspecting targets.

But the greatest threat to hostile fleets was born when the US Navy invited a Chinese admiral to visit the carrier Nimitz. Upon his return, he told colleagues, “I’ve just seen the world’s biggest target. If we can’t hit an aircraft carrier we can’t hit anything”.

Thrifty engineers designed novel guidance systems for existing, million-dollar rockets and created the first anti-ship, ballistic ‘carrier killer,’ the DF-21D. It lofts a half-ton warhead one thousand miles into the stratosphere, then it falls, vertically, at 7,500 mph, onto $12 billion aircraft carriers. US Navy analysts say it can destroy a carrier in one strike and that there is currently no defence against it. Its new sibling, the DF-26D, carries twice the payload twice as far.

The last US carrier to pass through the Taiwan Strait was the USS Kitty Hawk in 2007. “We are at a disadvantage with regard to China today in the sense that China’s ground-based ballistic missiles threaten our basing and our ships in the Western Pacific,” Admiral Harry Harris told the US Senate in 2018. The following year Robert Haddick warned, “China’s anti-ship missile capability exceeds America’s in terms of range, speed, and sensor performance,” and Captain James Fanell added, “We know that China has the most advanced ballistic missile force in the world. They have the capacity to overwhelm the defensive systems we are pursuing”. US Navy officers say they risk defeat in a serious conflict off China’s coast and avoid provoking the PLAN in the ‘Three Seas,’; South China, East China, and Yellow Seas.

The Rand Corporation says that, for conflicts close to the mainland or Taiwan, the PLAAF can deploy more fifth-generation J-20 fighters than the US. The J-20 costs half as much, flies twice as far and carries twice the payload of America’s F-35C or F-22 Raptor. Its YJ-12 anti-ship cruise missiles travel 200 miles and deliver thousand-pound warheads at supersonic speed in a corkscrew trajectory. The US Navy says one strike will render any vessel inoperable and warned that, even against alerted warships, one-third of missiles score hits.

The J-20 also carries the specialized PLA-15 air-to-air missile. Propelled by novel dual pulse rocket motors on a semi-ballistic trajectory, it homes on AWACS and airborne tankers loitering behind battle lines. General Herbert Carlisle, warning Congress that his two hundred F-22 Raptors carry six missiles each while the PLAAF’s J-20s carry twelve, added, “Look at the PLA-15, at the range of that weapon. How do we counter that?” The PLA-15’s smaller sibling, the PLA-10, is no less deadly, says airpower specialist Douglas Barrie, “For the notional Western combat aircraft pilot, there is no obvious respite to be found in keeping beyond visual range of the PLA-10. The PLAAF can mount increasingly credible challenges at engagement ranges against some targets that would previously have been considered safe. As one former USAF tanker pilot drily noted, ‘That’s aimed right at me.’”

As if to prove the point, the US Air Force cancelled its E-8C AWACS recapitalization program because it would be easy prey for the PLA-15, and the Pentagon withdrew its entire strategic bomber fleet from Guam in 2020.

Chinese hyperspectral detection satellites oversee the Western Pacific battlespace and airborne lasers detect wave and temperature variations generated by moving targets. The West Pacific Surveillance and Targeting satellite, along with fifteen Yaogan-30 satellites in low-earth orbit–operating as triplets positioned in close proximity–geo-locate military platforms by measuring the angular or time difference of arrival of their intercepted electromagnetic signals. Below them, the Caihong-T4, a massive, solar-powered drone, loiters for months at a cloudless altitude of 65,000 feet, while below, the fifteen-ton, 150-foot wingspan Divine Eagle High Altitude Stealth-Hunting Drone reads electronic signals from aircraft long before they approach their targets. Below the drones AWACS, whose solid-state detectors have twice the range of the US AWACS rotating domes, relay targeting information to Russian-built S-400 anti-aircraft/anti-missile batteries. Jin Canrong, the PRC’s senior defence policy advisor, says China’s shore-based weapons can see all stealth bombers and submarines, destroy every military base in its region within minutes, and take out every aircraft carrier within two thousand miles.

China’s three-stage, solid-fuel DF-41 ICBM, with a 12,000-mile range and a top speed of 20,000 mph, far outranges its American counterpart. Road-mobile, it launches on four minutes’ warning, is faster than any American weapon, and delivers ten independently targetable nuclear warheads.

The DF-ZF Hypersonic Glide Vehicle–whose significance Russian Defence Minister Rogozin compared to the first atom bomb–is operational. Launched six miles above the earth from a missile travelling at 16,000 mph, the DF-ZF rides its own shockwave to the target. Says RAND, “With the ability to fly at unpredictable trajectories, these missiles will hold extremely large areas at risk throughout much of their flight”. A Congressional report concludes, “The very high speeds of these weapons combined with their maneuverability and ability to travel at lower, radar-evading altitudes would make them far less vulnerable to current defences than existing missiles”.

What is Mr Pyne thinking? 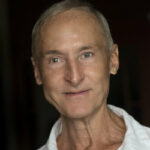