War with China is not inevitable: A revolution in Australian foreign policy should be. 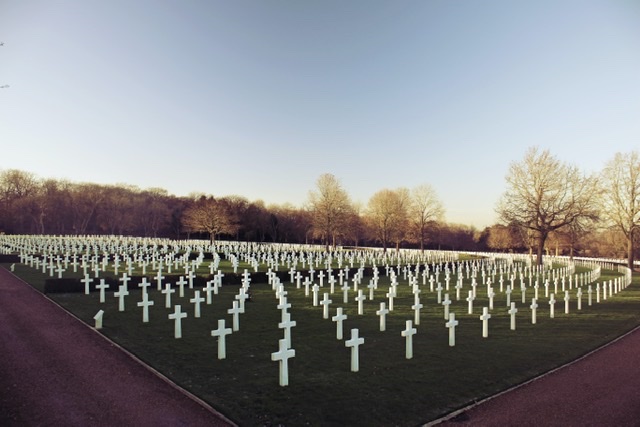 The Government’s warnings that war with China is inevitable are propaganda. There is no such inevitability. A decision to go to war is taken by humans. It is not determined by an iron law of history. Key questions are: why are we being softened up for this war now; has the Morrison Government already decided that we’re to go to war with China? Australian foreign policy needs profound revision.

It was claimed, on ANZAC Day, that the “drums of war are beating”. No detail was given – whose drums, war between whom? But it was stated that our “warriors” will be going overseas again, soon.

No one disputes that the speech made that day by the Secretary of Home Affairs, Mike Pezzullo had war with China in mind or, that the specific cause of war would be Chinese pressure on Taiwan. When the policy status of the speech was questioned, we were told that it had been Pezzullo’s personal observations and, it was not cleared by the Government. Astonishingly, in answer to a question, the Prime Minister said it was not his business to question the views of the Secretary.

The two problems with those answers are: they were either untrue, that the speech was designed to launch the softening up of the public for a major new Australian military action – or, the Government is so wary of Pezzullo that it is not prepared to cross him even though he was speaking about matters well outside his area of responsibility. Both interpretations are credible given the Government’s track record with spin and Pezzullo’s as Peter Dutton’s principal apparatchik. It should not be forgotten that Dutton was the alternative to Morrison, within the Liberal Party.

An outstanding analysis of the stakes at issue in any decision by Australia to join in a war on China, is given in Professor Hugh White’s article: “Hugh White on China: ‘It would probably be the biggest war since 1945… And it would very likely become a nuclear war’ (The Saturday Paper, May 8th, 2012).

Gareth Evans’ description of the historical/legal basis of China’s claims onTaiwan and his account of the realities of managing relations with China, as he experienced them as Foreign Minister, (published in Pearls and Irritations today), is also a must read.

The organizing concept operating in this current turn of events and more widely in our foreign policy, is the robust belief by politicians in Australia, that the Alliance with the US is widely supported in the community and that we need and will be given US protection, in any crisis, because of the Alliance. Polls show that the first of these two propositions is now the subject of doubt.

The second contention has an inadequate factual basis. The US will come to our aid militarily only if it is in its national interest to do so. It will not do so if that action would expose the US to harm that it would otherwise not face, such as the use of nuclear weapons. It will not expose any American to those weapons because Australia was threatened or attacked with them

It’s not rocket science or oracular to make this point. It’s what States do, based on their national interest. But it is especially true in a conflict where the potential for the use of nuclear weapons exists. This is the case in an armed conflict with China.

In spite of this reality, the prevailing outlook on our national situation is as follows: we need protection by the US; if we are to preserve this, we need to join them in any military action they initiate and ask us to take part in. That’s the price we pay for protection by the US.

This is what we have done in every circumstance, in the 75 years, since the Second World War, most notably in the Middle East and Asia. Those expeditions have been largely disastrous failures, but this hasn’t put too much of a dent in the prevailing idea that our showing up on the battlefield with the Americans, guarantees our security. On war with China, Hugh White states that: “the US and its allies would have no clear chance of winning. Indeed, it is not even clear what winning a war with a country such as China means. And it would very likely become a nuclear war.”

Critically, White states that our Government seems to have no idea of the seriousness of our situation and no viable idea of how it might be fixed. He says, “This must count as one of the biggest failures of statecraft in Australia’s history”.

This is designed to be a discreet means of communication making it possible for people to change their mind, expose their weaknesses, make concessions without being embarrassed publicly. By diplomatic means, we need to let both the US and China know that we are not prepared to enter into a war with China.

We should also make it clear that we see the future disposition of Taiwan as a Chinese problem to be solved by the interested Chinese entities. We have no role in the final settlement of the outcome of the Chinese civil war, out of which the Republic of China was formed. We believe it would be best for all in the region for the settlement to be reached without war or threats of war.

Australia should increase the level and activity of its regional contacts seeking to  encourage the development, for transmittal to both Beijing and Washington, of a common position against war and willingness to help if needed in discussions of political mechanisms to underline the integrity of China.

The Government should invite to a closed consultation on the way ahead with China, the Leadership of the Parliamentary Opposition. That dialogue should include a discussion of how Australia should conduct an independent national foreign policy, within the construct of the Alliance with the US.

Hugh White has written of the need for a revolution in Australian foreign policy. He is not alone in this.

The world we live in is utterly changed from the world in which our free, ex-colonial place, was conceived. But we continue to speak the language and think within the structures of that past. The main change that has occurred in the last 75+ years, is that we have replaced dependency on the British, the people who sent us to Gallipoli and the Somme, with the Americans, with whom we went to Vietnam and Iraq.

We need to adjust profoundly to the realities of today and what we can see will be the future. The best starting point would be to redefine what we are prepared to consider to be our obligations under the Alliance. The worst would be to go to war with China, in yet another war derived from the idiosyncrasies of US domestic politics.