Wars, just like Bruce Springsteen, are ‘born in the USA’

‘Defence’ for Australia has usually involved being shanghaied – often willingly – into other nations’ inappropriate, politically motivated wars. Our alliances are increasingly dysfunctional and inappropriate in our region.

In any such war setting, Australia is unlikely to provide significant physical support to influence outcomes and unlikely to receive significant benefits from the major powers in our new world setting, yet likely to sustain major collateral damage. Our previous alliances are therefore increasingly dysfunctional and inappropriate to our geographical situation and socio-economic situation in the Asia-Pacific region.

We should renege on any involvement in conflict between the major powers, certainly until we can firm up on who our friends are and where our evolving interests lie. We should adopt neutrality – become a Southland Switzerland in the Asia-Pacific – and save the vast sums spent on major items of war and defence to refashion our post-Covid home base, while we work on persuading the major powers to be mutual friends.

Like Bruce Springsteen, wars are ‘born in the USA’ – since the glow of post-world war multilateralism dimmed and the Keynesian era died. Since the 1970s, the neo-liberal US has run almost continuous ‘small’ wars and threats to maintain its power base and keep its military industrial complex in shape: Granada, Panama, Nicaragua, the Contras, Cuba, Haiti, Chile, Guatemala, the Mexican border, Somalia, Bolivia, Venezuela, the Gulf War in Iraq and the War on al Qaeda – on and on and on.

Following the widely condemned 9/11 terrorist attack on the US in 2001 – the military industrial complex went to town: the War on Evil, the War on Drugs, the War on Terror, the War on al Qaeda redoubled, the War in Afghanistan, the ill-conceived pre-emptive second Iraqi war, the War on Assad & Syria, the War on Libya and Iran – with regular help from those pillars of democracy Saudi Arabia and Israel. The US took on the Middle East – for the Sunnis, for oil, for Israel, for the Rapture, for the Saudis, for democracy – and to make us all safe.

However, what the US’ Middle East Wars created instead was Daesh, more active terrorism, a Shia-Iran ascendancy and promote a world that believes war and terror, neo-liberalism and financialisation of the economy, are conceivable answers rather than ongoing disasters.

The US’ military industrial  omplex is now trying to keep “upstart” China in its place in its own locale – the East China Sea – rather than give it a major voice in its own backyard; crazy NSA actions generating inappropriate Chinese reactions. However, China’s second rise to the top appears inevitable; it is, after all, the world’s most peaceful long-term major power (peace for two millennia – outside its local orbit of power); the most successful at reducing poverty; and now the most successful at controlling epidemics.

After 200 years of Western oppression, humiliation, economic infiltration, the British Empires opium wars – then Civil War and Cultural Revolution, China continues to progress peacefully despite the failing and flailing American Empire’s vast military strength – in a world that is no longer unipolar; with an America that is no longer the land of the free – rather the land of rampant neo-liberal capitalism, wars and threats, inappropriate financialisation, economic inequality, rising poverty, a declining racist white population and the NSA.

What would America – with its own long-standing Monroe Doctrine – say if China sent its rising fleet of warships to patrol the waters off Florida? Off Alaska? Off Cuba? The North West Passage? The Panama Canal?

Prevention – not attack, not alliances, not participation in threats and wars – is our best form of Australian defence; become a neutral state and urge the US and China to try the Golden Rule – treat others as you would wish to be treated; try judicious non-confrontation for peaceful international relations in a world of sovereign states, international anarchy, rising nationalism and, increasingly powerful privatised globalisation through multinational corporations.

Rather than a vastly expensive, useless, politically motivated, submarine fleet we should buy upmarket patrol boats and appropriate aircraft to monitor our island borders; we should keep our fossil fuels and uranium in the ground; and leave the big guys’ borders alone. We should use our longstanding (but rapidly diminishing) Aussie goodwill in the world and our middle power status to keep well away from involvement with the big guys and the rough stuff.

We could lead the world in soft power for peace and the science of clean power for prevention of more massive climate change, based as we are in our Island in the Sun – the Great South Land – by creating a new economy and providing new jobs; not by flogging off our fossil fuel to the highest bidders, for the benefit of the rich and fatuous rather than providing a temporary Bandaid for Joel Fitzgibbon’s benighted Hunter coal miners – who could become the foremost beneficiaries of a new solar economy. 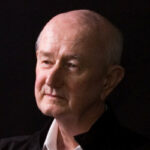